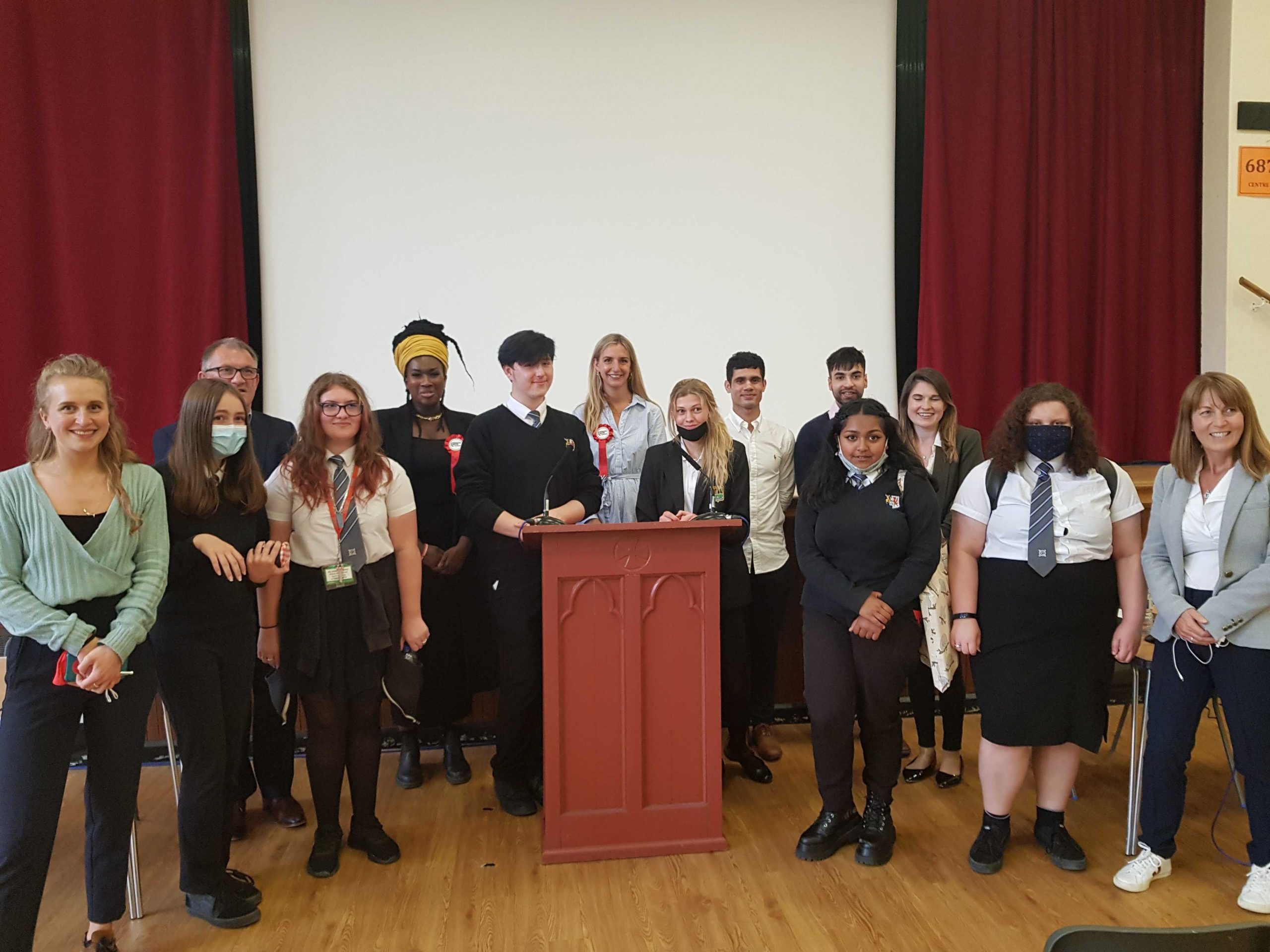 The event, held at Fitzalan High School, was devised by Fintech Wales, a not for profit organisation focused on establishing Wales as a globally recognised Fintech hub of excellence, and organised in partnership with Debate Mate, Cardiff Commitment and the Seren Network.

The event was chaired by Jessica Rolfe-Dix, executive director of Debate Mate and opened by Ken Poole, Head of Economic Development for Cardiff Council, which also sponsored the event.

The debate centred on cryptocurrency and its positive or negative impacts on society. Students, who had received debate training via Debate Mate workshops in preparation for the event, teamed up with industry professionals and Debate Mate mentors to discuss the motion, “This house believes that cryptocurrency does more harm than good.”

The two industry speakers in attendance were Harriet Rees, head of data science at Starling Bank, and Oliver Hale, chief executive officer at Buckit Ltd. The debate covered topics such as regulation, security, and digital privacy, with the winner chosen by audience vote.

After a high-quality debate, the team from Fitzalan High School, led by student Natasha, argued eloquently against the statement and overcame tough competition from Cantonian High School’s Callum to claim the prize of Amazon vouchers.

Also in attendance was Secretary to the Treasury MP John Glen and Sarah Williams-Gardener, FinTech Wales CEO, who congratulated both teams on their efforts and achievements during the debate.

On the debate’s success, Sarah Williams-Gardener, FinTech Wales CEO, said: “It’s critical we develop and run events like this as they provide students with essential business skills whilst building their confidence in communication and debating, all skills which are necessary to thrive in the modern workplace.

“I’m always keen to maximise every opportunity to raise awareness of the conversations taking place around our rapidly growing FinTech sector and highlight the potential career paths available to students who wish to pursue a career in financial technology. That’s why we believe events such as these are so important.”