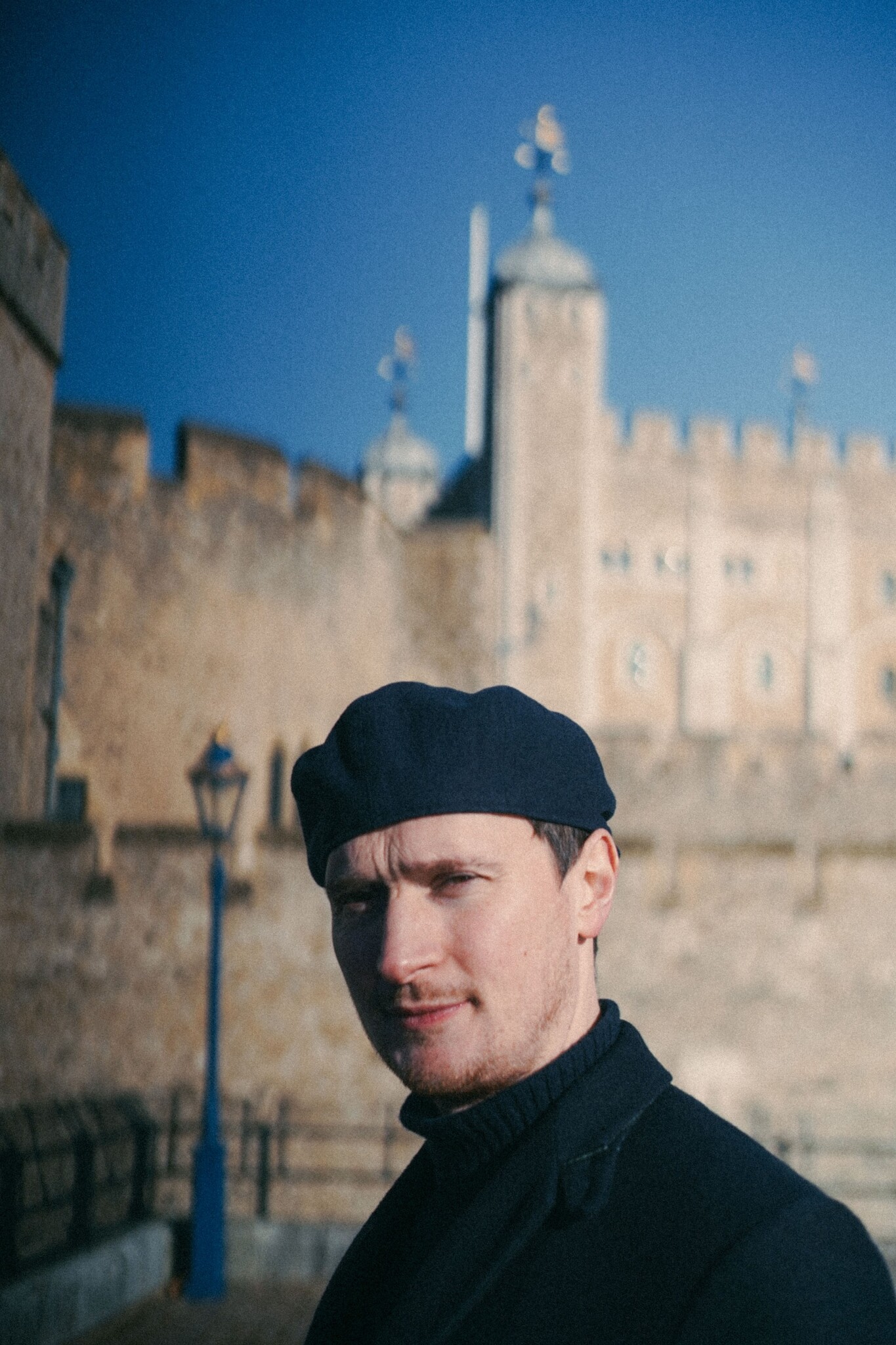 Contemporary composer Erland Cooper, who frequently collaborates with natural elements, has been commissioned to create an original piece of music to soundtrack the floral transformation of The Tower of London. Entitled Superbloom, the forthcoming installation celebrates the Platinum Jubilee of Her Majesty the Queen this year.

The project, marking Her Majesty the Queen’s 70 years on the throne, is named after a rare and incredible natural phenomenon, where whole landscapes are miraculously transformed into sheets of vibrant flowers. A “superbloom” occurs only once every few decades, when favourable weather patterns coincide and activate dormant seeds. The forthcoming ‘designed’ Superbloom event will celebrate nature by turning one of London’s most built-up areas into a blossoming, living flower field.

Erland has been chosen to produce a gentle accompanying ambient soundscape for this urban garden, which will be played continuously through speakers, softening the noise of the city. Named ‘Music For Growing Flowers’, Erland’s original score provides the perfect backdrop to the 20 million newly-sown flowers which, planted in spring, will continuously evolve from June to September, changing colours and patterns throughout the summer. For the first time, a space dug and filled with water in the 13th century to keep people out of the Tower will, from June, welcome visitors in, with Erland’s music completing the immersive experience.

Erland Cooper explains, “’Music For Growing Flowers’ aims to enhance the Superbloom’s emotional impact by rebalancing the dominant city noises and intertwining specific audio frequencies to uncover harmony in the most bustling environments. Since music itself is nothing more than vibrations, perhaps it will help us enter more deeply into this subtle appreciation of place, curiosity and calm”

Born on the isolated Scottish Isles of Orkney, Erland actually planted his latest album, ‘Carves the Runes Then Be Content With Silence’ , near his childhood home. Described by 6Music’s Mary Anne Hobbs as ‘masterful’, the only physical copy currently lies deep in the soil, to be nurtured or “recomposed” by the earth, before being exhumed and released in three years’ time. Whilst Erland will not be unearthing the tape until 2024, he has left a trail for anyone to search and find it if they wish. Inspired by the community and patience that coincides with a life in the wild, Erland nurtures his work slowly, in a juxtaposing era of instant gratification.

Here, Erland’s mesmerizing addition to Superbloom nods to impressionist painting techniques, with new textures to be found with each listen. ‘Music For Growing Flowers’ will have three spatial mixes that evolve throughout the day on site, as the ecosystem moves from morning to afternoon, to evening, encouraging everyone to pause, regain their senses and reflect, as they immerse themselves in nature, at the heart of the  city. The music will also be released as an eight-track mini album with an option for wildflower seed packets, to be sown in spring so that ‘Music For Growing Flowers’ can be enjoyed all over the world, and provide the soundtrack to people growing flowers elsewhere. The seed packets are a mix of UK-native wildflowers that help support pollinators. Preorder the seed packets here.

‘Music For Growing Flowers’ will be first released as a digital EP on 1st June, featuring the first four tracks of A Side (the commissioned Superbloom soundscape) to launch with the installation. Four additional tracks follow to make an eight-track mini album (vinyl and digital) on 19th August.