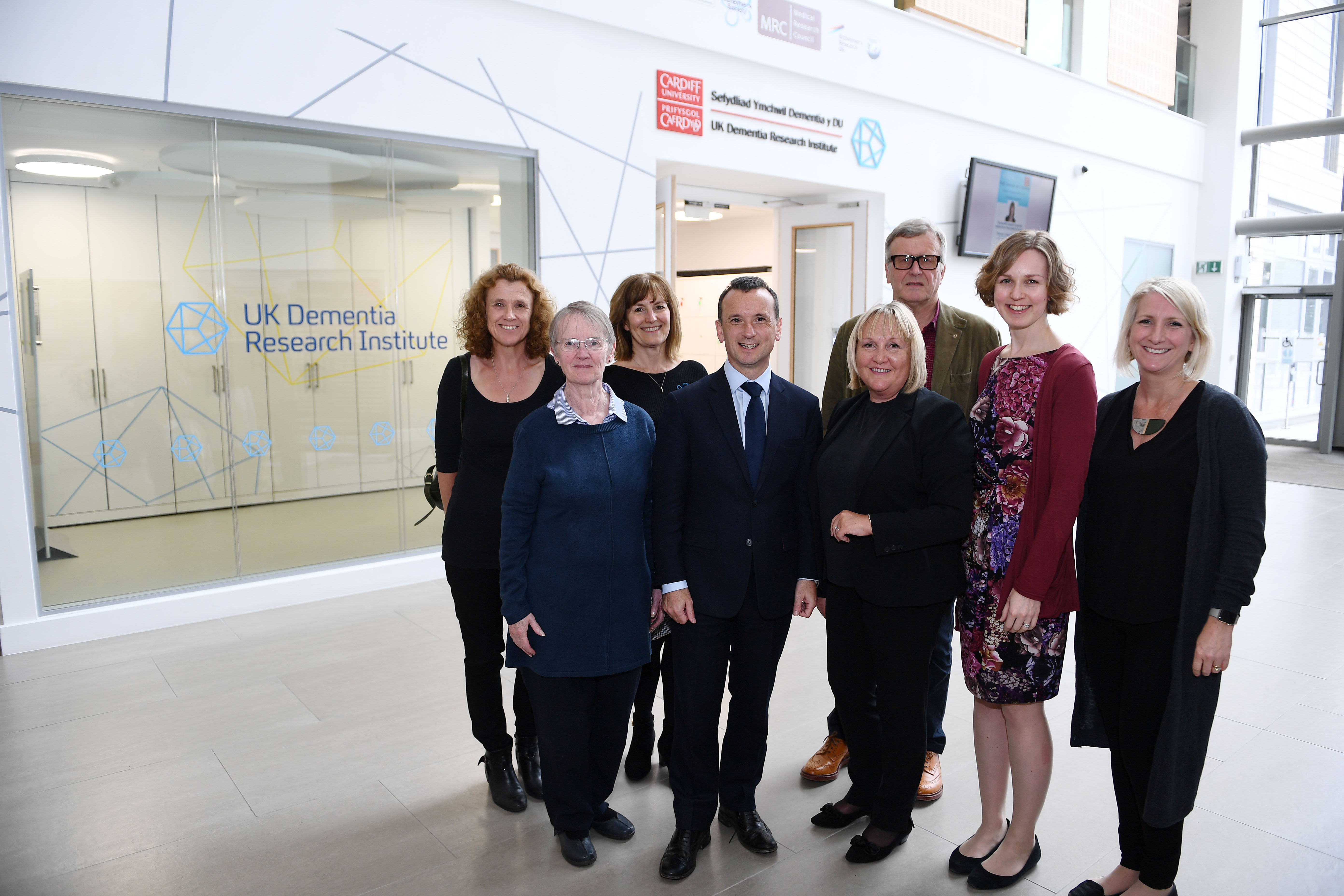 A keen advocate for people with dementia, on Sunday 29 April the Secretary of State for Wales joined ran the 2019 Virgin Money London Marathon for its Charity of the Year, Dementia Revolution.

Dementia is the biggest health threat facing society today and there are currently no effective treatments to slow, prevent or cure it. Today almost one million people in the UK are living with a form of dementia, the most common one being Alzheimer’s disease. Sadly, one in three of us will be affected by dementia in some way.

The Secretary of State for Wales Alun Cairns said:

“With over 45,000 people living with Dementia in Wales, Cardiff University’s revolutionary research is helping to change the outlook of thousands of people across Wales living with the disease today and in the future.”

On Thursday 2 May the Rt Hon Alun Cairns visited the UK DRI at Cardiff University: a £20 million centre aimed at finding effective treatments for dementia. During his visit the Secretary of State was given a tour of the laboratories and met several dementia researchers.

The Cardiff centre is one of six that together make up the UK Dementia Research Institute (UK DRI): a joint £290 million investment from the Medical Research Council (MRC), Alzheimer’s Society and Alzheimer’s Research UK.

Launched in November 2018, the UK DRI at Cardiff is building upon research strengths in dementia genetics; immunology; computational analytics; cellular and whole system modelling; and neuroimaging to identify disease mechanisms and therapies for a range of dementias including Alzheimer’s disease.

In recent years, more than 40 genes which contribute to the risk of Alzheimer’s disease have been discovered and the team at Cardiff is using this knowledge to work on new theories and discoveries.

“We’re delighted to welcome the Secretary of State to the UK DRI at Cardiff University and keen to show him the type of innovative research that is made possible by the funds he has raised at the London Marathon.

“Continued investment in dementia research is crucial if we want to discover new ways of treating and preventing this set of devastating diseases and transforming the outlook for people who are living with them today and in the future.”

“It’s wonderful news that the Rt Hon Alun Cairns has raised over £7,700 for Dementia Revolution at the London Marathon this year.

Alzheimer’s Society is a founding funder of the UK Dementia Research Institute, a unique collaboration bringing together the brains of six universities across the country with hundreds of world-leading researchers working tirelessly to beat dementia.

It is only through research that we can understand what causes dementia, develop effective treatments, improve care and one day find a cure.”

“We’re incredibly grateful to the Rt Hon Alun Cairns for running the Virgin Money London Marathon in aid of the Dementia Revolution. And we’re delighted that he has been able to see the groundbreaking research he’s helping to fund come to life at the UK DRI at Cardiff.

“The UK DRI is the largest dementia research initiative in the UK. Scientists are revolutionising our understanding of the diseases, like Alzheimer’s, that cause dementia and paving the way for new treatments that will transform lives.

“Thanks to the Dementia Revolution, and the support of people like Alun, we will lead the charge towards a cure.”