Set to Sell Out This Christmas!

It’s no secret that Dragon’s Dens most successful inventions to date actually failed to receive any financial investment in the den; infamous examples include Tangle Teezer, which now boasts an annual turnover of 15m, and Trunki which, despite literally cracking under the weight of retail magnate Theo Paphitis, has since made its way into the households of 20% of British three to six year olds.

Soon to join the ranks is David Robson’s UKick which has been backed by retail toy giant Hamleys as one of their top sellers for Christmas 2015. UKick, which is best described as a fusion of badminton and street football, was spotted by David on his travels around Far East Asia. A fresh, modern update to the traditional Asian game of jianzi, the aim of the game is simple: keep UKick off the ground with either your hands or feet. 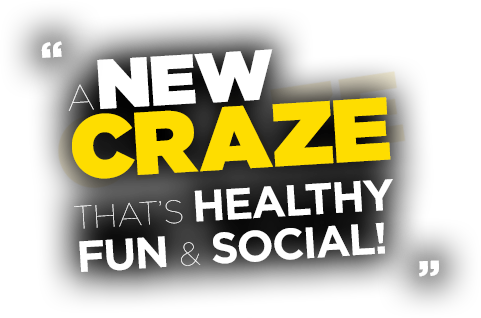 Hailed for its wide appeal, the user can adjust UKick’s weighted pro discs to suit their skill level, attracting both adults and children, boys and girls – Everton stars Romelu Lukaku and Kevin Mirallas were spotted using UKick as part of their training. What’s more, with an array of brightly coloured feathers to be swapped amongst friends, the Dragons noted the product’s attractive presentation and on-point branding. Den heavy weight Deborah Meaden commented, “It’s got legs, this thing.”

Despite an initially positive response from the Dragons, David and his business partner Phil Law, did not secure their target; £60k funding for a 25% share of the business. Undeterred, the boys intend to show the Dragons that success is indeed the best revenge by following in the footsteps of former Dragons Den inventor Rachael Lowe. Despite being mocked for her lack of business knowledge, Rachel later launched Destination London in Hamleys Toy Store and the game became the top selling item both in-store and online.
David commented on the Hamleys launch “It’s been an exhausting yet exhilarating journey taking UKick from inception to where we are today – with the product being backed by a major UK distributor and stocked in all good retailers. I wouldn’t change it for a second, I can’t wait to see what this thing can do. Let the UKick craze commence!”

David is no stranger to the trials and tribulations of entrepreneurship, appearing on BBC Three’s Be Your Own Boss in 2012. David admits that his decision to ‘go it alone’ with UKick was spurred by being made redundant in 2008. “It was a difficult time,” David confesses, “but I learnt that I had to adapt, to change – and, most importantly, to take risks.”