Having seen several performances from Kinetic Arts, we were eager to see their most recent show Seussical The Musical, which was performed at St. Davids Catholic Sixth Form College, and needless to say it did not disappoint! Seussical is based on the works of Dr. Seuss and weaves together his most famous tales and characters from many of his books.

The show follows the adventures of Horton, an elephant who one day hears voices coming from a speck of dust. He soon discovers that within this tiny speck exists the smallest planet in the universe! On this tiny planet live a tiny race of creatures known as Whos. 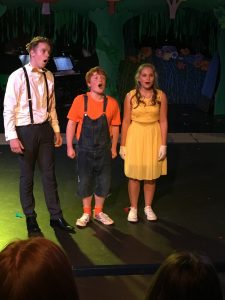 Although ridiculed by the other animals in the Jungle of Nool for believing in something he cannot see, Horton stubbornly persists in his belief that the Whos exist.

Transporting audiences from the Jungle of Nool to the Circus McGurkus, the Cat in the Hat narrates the story of Horton, who as well as protecting the Whos from a world of naysayers and dangers,  must also guard an abandoned egg that’s been left in his care by the irresponsible Mayzie La Bird. 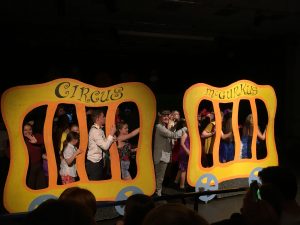 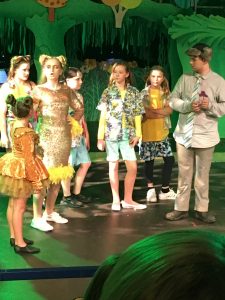 Although Horton faces ridicule, danger and a trial, the intrepid Gertrude McFuzz never loses faith in him. We see the powers of friendship, loyalty, family and community challenged and eventually emerge triumphant! 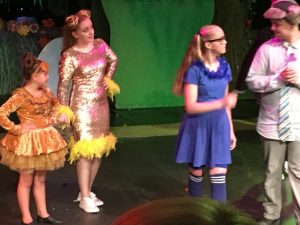 Some of the characters we meet on this magical journey include Cat in the Hat, the fun-loving narrator of the show. 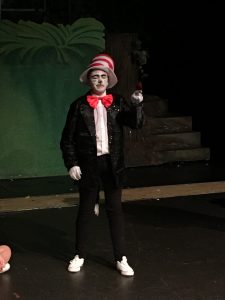 The Cat leads Jojo into an adventurous world and serves as his guide. 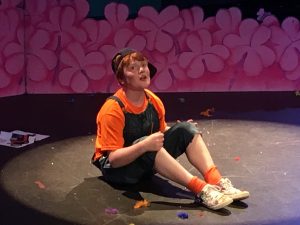 Horton the Elephant, a sweet and kind creature who tries to protect all of the Whos. He wants to help anyone and everyone, and is so caught up in trying to save the world that he is oblivious to the fact that Gertrude is in love with him. 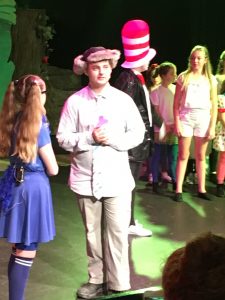 Jojo, who is a young boy from Whoville whose “thinks” often get him in trouble! He is creative, rebellious, and energetic. Gertrude McFuzz, an adorable bird-girl who is in love with Horton. Gertrude is self-conscious of her one-feathered tail and longs to have a more elaborate and showy tail in order to impress Horton. Mayzie LaBird, a lively and energetic bird-girl who has the biggest tail of them all! She is sassy and bold, and is always on the go. 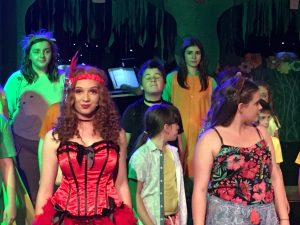 Once again, the team behind Kinetic Arts including Director Kris Crowley, have put on a triumph of a production, with energetic, musical, but most of all believable performances from all of the talented cast. What was also refreshing to see and hear was a live orchestra, creative set designs, and colourful and original costumes. 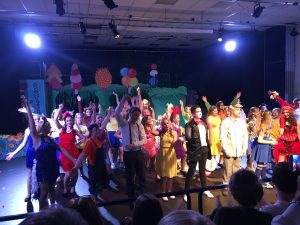 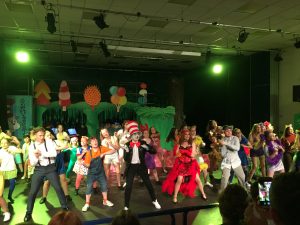 To put on a production which such a large cast of children and young adults is a considerable challenge,  but one which Kinetic Arts has once again risen to magnificently. 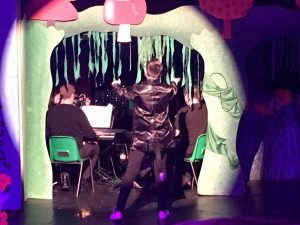 The at times chaotic nature of the story belies the fact that at the heart of it is the simple premise that being creative is a great thing, and ultimately, love will conquer all!