SEVENTY-YEAR-OLD SUZIE CLOCKS UP 54 YEARS IN THE NHS 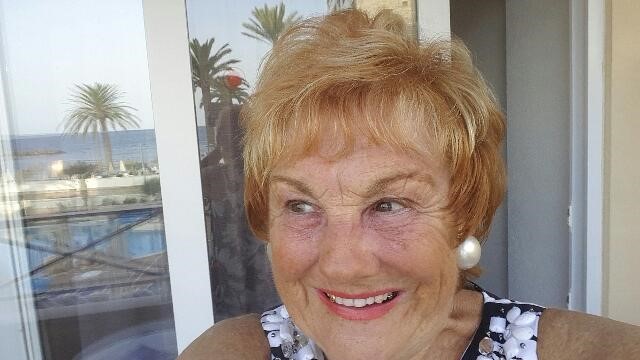 Could Suzie Curtin be the longest-serving member of staff? Medical secretary Suzie, who works in the gynaecology directorate office at the University of Wales in Cardiff, has an incredible 54 years’ service in the NHS. At 70, she is the same age as the NHS.

She says: “I came to work in the NHS straight from typing school and started my training in Llandough Hospital. I’ve only ever known working for the NHS. I love it.  I hadn’t thought about being a medical secretary and found it very difficult to learn all the medical terminology.  When I started in the 60s as a shorthand typist in a typing pool, I was put to work with a vascular surgeon and plastic surgeon. In those days we had to do three months in each speciality, both medicine and surgical, before becoming a medical secretary. We also worked alternate Saturday mornings and had half day in the week. I then moved to gynaecology on E4 in Llandough and have worked in gynaecology ever since.

She continues: “There have been lots of changes since I started. We had a matron in charge at Llandough and girls were not allowed to wear trousers to work!  Car parking was never a problem as there were not many vehicles at Llandough in the 60s, and there was no car parks, only the Bull Ring at the front of the hospital and only doctors and consultants drove to work.

“Throughout my career I have been fortunate to have received several long service achievement awards.

“I have loved my job, meeting lots of lovely patients and colleagues throughout my career and although I missed Llandough when gynaecology moved to the Heath four years ago, I am still enjoying working for the NHS at the age of 70.”