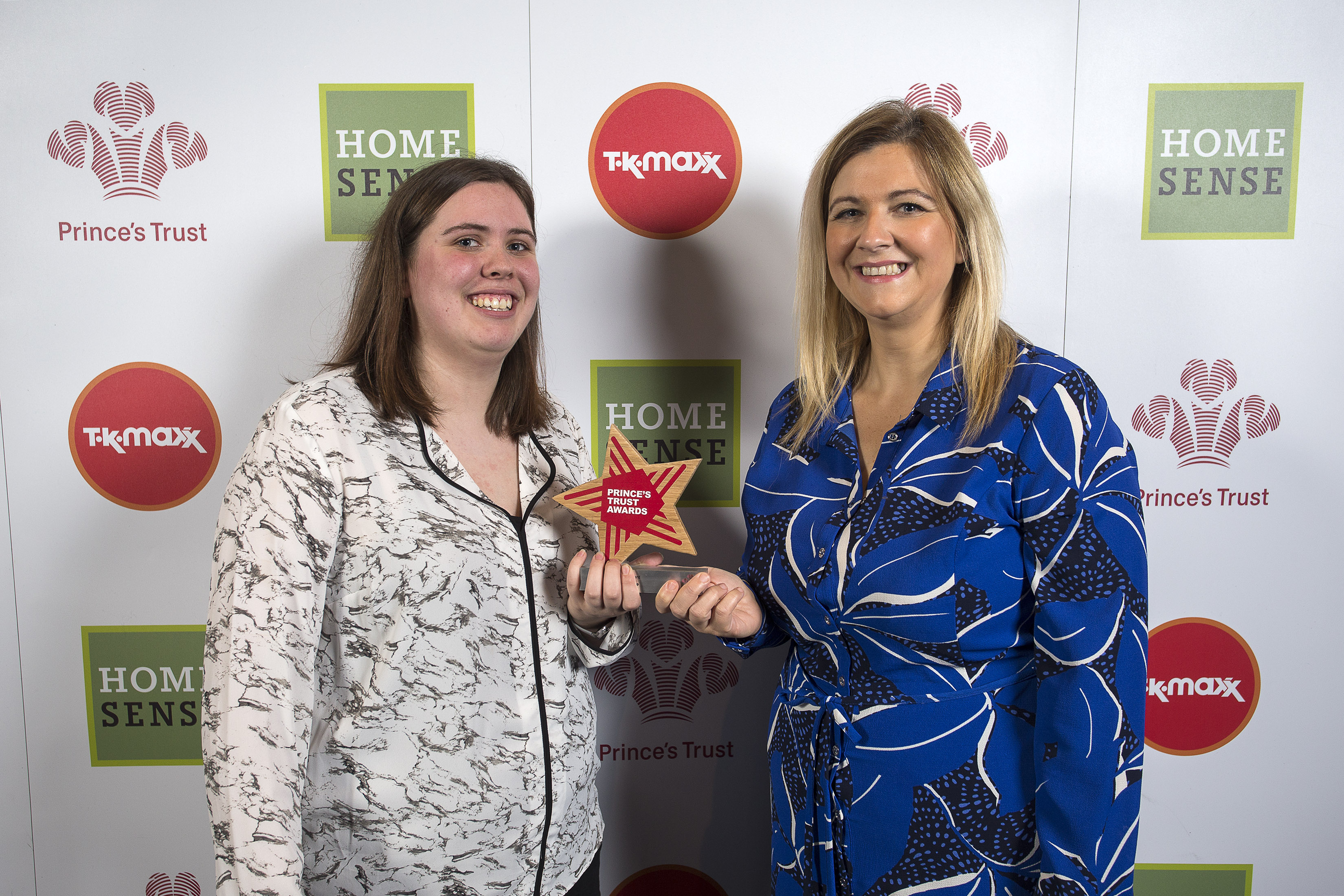 It was when Shannon’s coach at the Job Centre mentioned The Prince’s Trust that everything started to change for the better. After many months of fruitless job hunting, the 21-year old from Rumney, Cardiff, secured a job she loves with The Trust’s support. More importantly, she went from being someone who wanted to hide away all the time to someone who loves being around people.

“Before I got involved with The Prince’s Trust Cymru, I really needed a job but couldn’t get one, despite applying for countless roles. I wouldn’t even receive a response to most applications, so was constantly feeling disappointment. I resigned myself to the fact that I was never going to succeed, which was really upsetting.”

Although she was receiving counselling to combat her depression, Shannon longed for a reason to get out of the house every day. When her work coach at the job centre encouraged her to try The Prince’s Trust Get into Hospitality programme with Greene King, she didn’t realise the change it would make to her life. Although nervous at first, Shannon completed the two-week course, where she took her first steps in the hospitality sector and was offered a part-time role at The Claude Public House in Cardiff.

“If it wasn’t for The Prince’s Trust I wouldn’t be in a job; I’m just not the same person anymore. I no longer feel that everything in my life is pointless. No depression, no counselling, and no tablets!”

Shannon was soon offered a full-time job at The Claude and has continued to grow into her new career. She has already been the recipient of two Greene King Awards and is now on the path to a very bright future.

“Now, my favourite place to be is in work with my Greene King team. I dance at the bar and I get other people dancing too – I love it!”

Speaking at the awards, Shannon said: “I’d like to thank all those around me who have supported me, and everyone who is going to help me on my journey in the future.”

Shannon was presented with the award at the ceremony in Cardiff last night.

The Prince’s Trust and TK Maxx & Homesense Awards recognise the achievements of young people in Wales who have succeeded against the odds, improved their chances in life, and had a positive impact on their local community, as well as those who have played a part in supporting the work of The Trust.