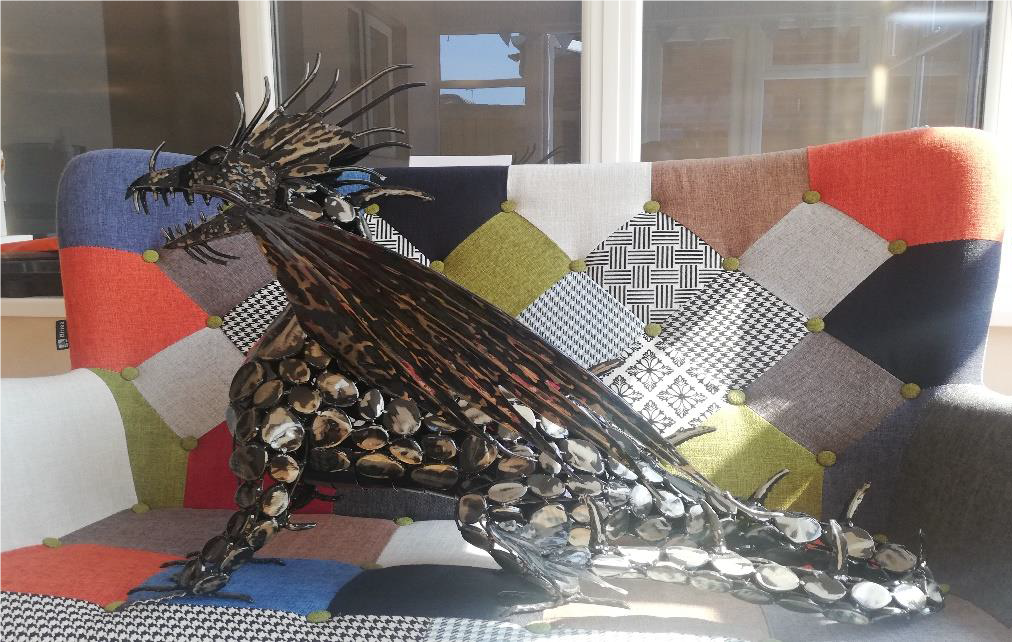 Let me introduce you to Ciren. The current Mrs Nolan and I were walking through Cirencester in the days when we were allowed out and attended their Christmas Fair which was a splendid event. We could not resist buying this handmade steel dragon which is of some scale, (no pun intended), and we christened her Ciren after her place of birth. She sits in our conservatory snarling at the birds in the garden. In the recently enforced UK-wide house clean, she became the object of Mrs N’s attention and copious cleaning products. She was not happy being cleaned but now shines like the sun and if anything, is even more fierce than before (the Dragon that is).

• I spotted a lizard on a portable toilet. I suspect it was a commode-o-dragon.
• I’m reading a book about a short ballerina. It’s called The Girl with the Dragging Tutu.

I never thought I would be putting golf balls down our bumpy lawn with She Who Must Be Obeyed at a former water pipe laid on its side, doing a passable impression of a golf hole.  Note the golfing excuses, “a slope and bumpy.” Did I mention I keep losing as well.

Q. Was St. Peter one of the first key workers? 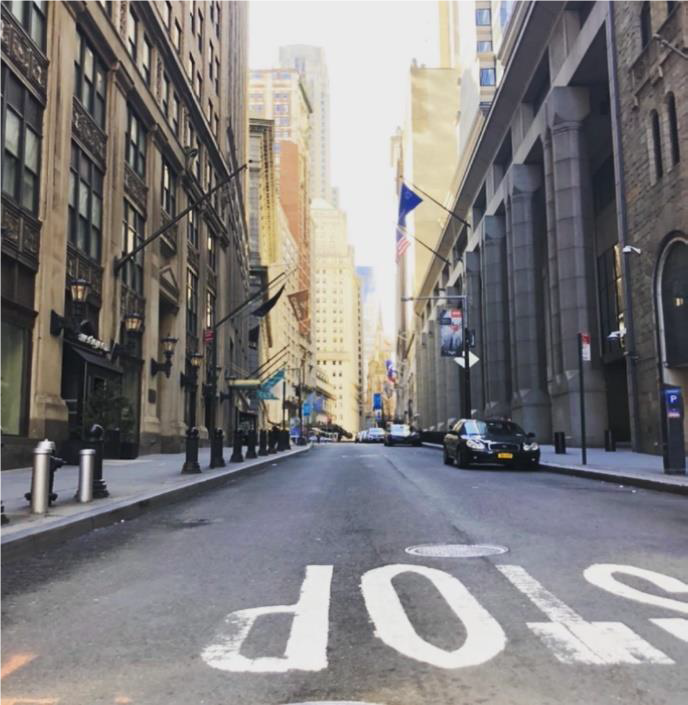 It has not been all fun and games for many
families and we would all do well to
remember that. Son and overdraft in New
York tested positive for the virus but has
mercifully recovered with no ill effects. This
is one of his recent pictures taken on Wall
Street. Speaks volumes.

• Lawns have never been shorter and hair has never been longer.
• The pubs are closed but we are drinking more than we were when they were open.
• We now understand what the Samaritan in the bible felt like as people cross the
road to avoid us.
• Our rugby club has never been better off financially (closed).
• I have never walked so much. She and I are walking longer than a marathon a week.
That’s 26 miles and not the old chocolate bar. Actually it’s nearer 40 miles!
• The windows have never been cleaner so people can look in and see how clean the
house is as well.
• The car all washed, all dressed up with nowhere to go.
• I have taken up poetry (no), reading more (no), being nicer to people (no ,no),
drinking lots (yes, that’s it).

I was looking at the lyrics of a song written in 1941 by the late Johnny Mercer. The world was in turmoil then of course but they fit just as well today:

“You’ve got to accentuate the positive
Eliminate the negative
And latch on to the affirmative
Don’t mess with Mister In-Between
You’ve got to spread joy up to the maximum
Bring gloom down to the minimum
Have faith or pandemonium’s
Liable to walk upon the scene.”

A man walks into a bar. Ouch! It was an iron bar. No, a man walks into a bar. As he sits down he looks up and sees three pieces of meat hanging from the ceiling. He asks the barman, “what’s with the meat?” The barman says: “If you can jump up and slap all three pieces of meat at once, you get free drinks for an hour but if you miss even one you have to pay for everyone else’s drinks for the rest of the night. Do you want to try it?” The man takes another look at the meat and says: “No, I think I’ll give it a miss. The steaks are too high.”

A lion walks into a bar and asks the barman: “Any jobs going pal?” The barman says: “No sorry. Why don’t you try the circus?” The lions looks at him and says: “Why would the circus be looking for a barman?”

Been watching the Prostate Cancer UK Advert on TV and was trying to place which Shakespeare play the narrative was taken from. I am sure you all know that it is from Hamlet’s speech to Rosencrantz and Guildenstern. Watch David Tennant on U Tube
do it justice. A great charity, so keep up the good work guys.

“What a piece of work is a man.
How noble in reason, how infinite in faculty, in form and moving how express and admirable
in action.
How like an angel in apprehension, how like a god.
The beauty of the world, the paragon of animals.
And yet, to me, what is this quintessence of dust?
Man delights not me: no, nor woman neither, though by your smiling you seem to say so.” 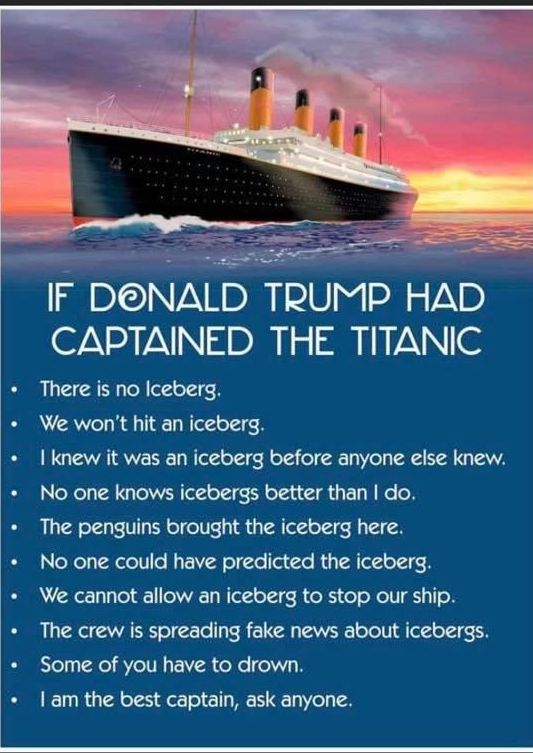 Robt F Kennedy, when US Attorney General
said: “Every time we turn our heads the
other way when we see the law flouted, when
we tolerate what we know to be wrong, when
we close our eyes and ears to the corrupt
because we are too busy, or too frightened,
when we fail to speak up and speak out, we
strike a blow against freedom and decency
and justice.”

Amen to that Brother but meanwhile here’s
Trumpy!

In late news Canadian multi-billionaire Elon Musk and the singer Grimes have named their baby son X Æ A-12. All rather strange you might think but at least he won’t be called names in school. Of course Me Sunk Lo is an anagram of Elon Musk but more worryingly his Tesla named car is an anagram of Steal.

Finally, with all this working from home I needed a new password, eight characters long, so I picked Snow White and the Seven Dwarves.