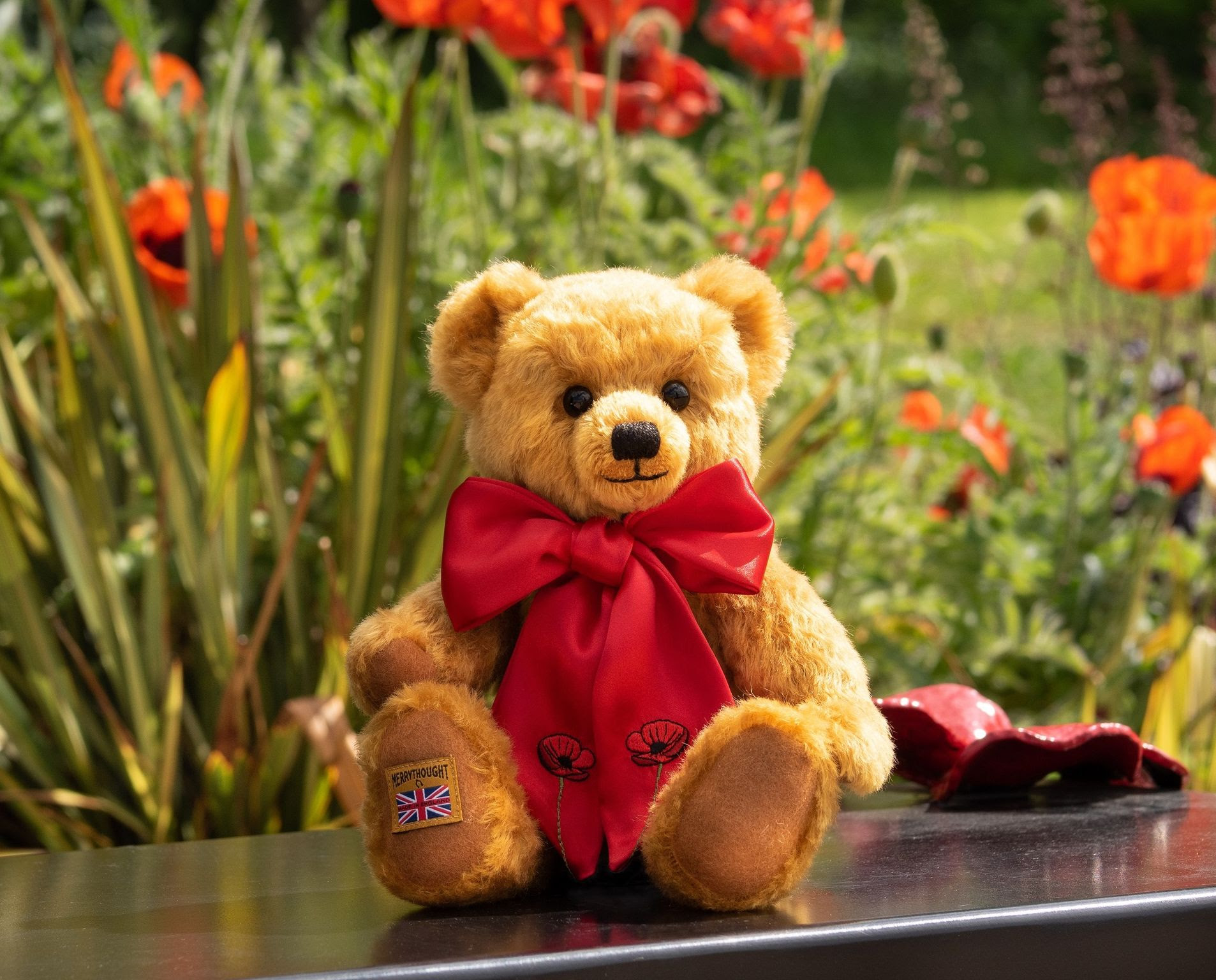 Handmade in Merrythought’s historic British factory, The Royal British Legion Poppy Bear will help to raise vital funds for serving and ex-serving members of the British Armed Forces, as well as their families and dependents.

Fourth-generation managing director Sarah Holmes said  “Myself and the team here at Merrythought are honoured to partner with the Royal British Legion during such a milestone year. The Poppy Appeal is supported up and down the country and is hugely important to the British public, so we’re immensely proud to be a part of it.”

The Poppy Bear is crafted from the finest, soft mohair plush in a rich, antique gold colour, and features chestnut brown pure wool felt paws. He is finished with a premium red satin bow, upon which two iconic poppies have been embroidered as symbols of remembrance and hope.

Sarah added that everyone has their own personal links to the forces and reasons to support the charity.

“For me, my grandfather Trayton Holmes proudly served in the Royal Air Force during the Second World War before going on to become the Merrythought managing director in 1949,” she explained.

“Whether a gift for someone special, or a memento to remember a loved one by, this bear not only celebrates the huge milestone in the charity’s history, but I hope that it will be a much-loved member of people’s families for generations to come.”

The new Poppy Bear, which is filled with 100 per cent recycled fibre, has been made to a limited edition of 1921 pcs to mark the year the Royal British Legion was founded.