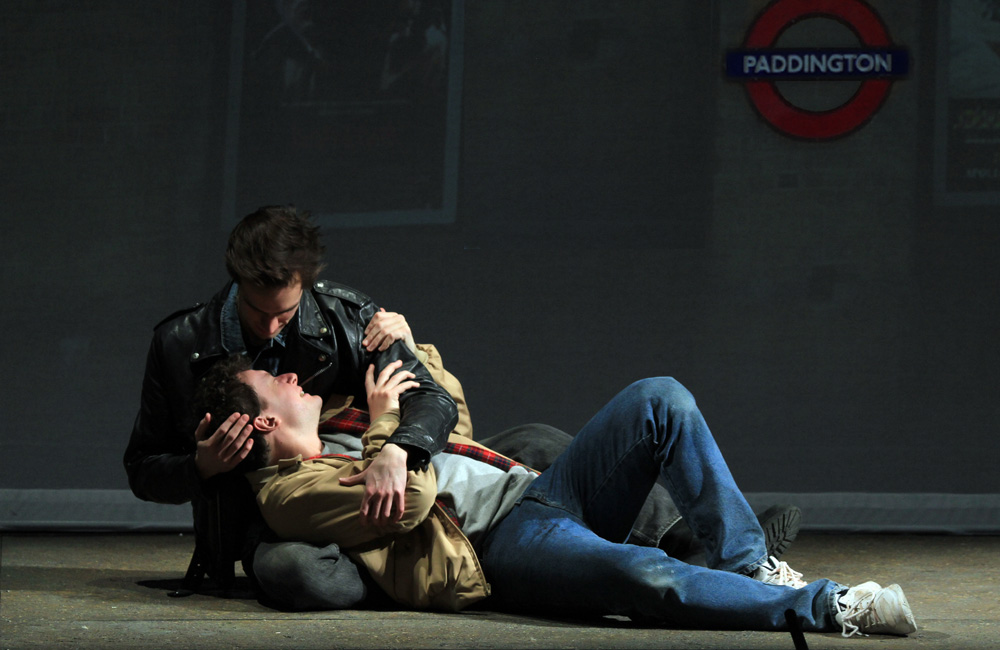 A world stage premiere of Gallowglass, from the pen of one of the world’s greatest thriller writers, Ruth Rendell (writing as Barbara Vine), will play at Cardiff’s New Theatre next week, 30 January – 3 February.

It’s a new adaptation written especially for the stage and follows the gritty TV version which aired 25 years ago starring Michael Sheen.

In Gallowglass, when Sandor snatches Joe from the path of a tube train he is quick to make clear the terms of the rescue: “I saved your life”, he tells the homeless youngster, “so your life belongs to me now”. Sandor tells him a fairy tale: an ageing prince, a kidnapped princess, a missed rendezvous. But what do this mysterious stories have to do with Sandor? Joe only understands his own role – he is a Gallowglass, the servant of a chief.
Gallowglass features Paul Opacic (Bad Girls / Emmerdale / Hollyoaks), Richard Walsh (London’s Burning), Karen Drury (Brookside), Dean Smith (Last Tango in Halifax / Waterloo Road), Florence Cady (Crucible of the Vampire) and Rachael Hart (Apple Tree House).

Created by Middle Ground Theatre Company, it’s another classy production and follows the epic courtroom drama The Verdict which gripped audiences at the New in 2017.

Gallowglass plays at Cardiff’s New Theatre from 30 January – 3 February. For full details and to book tickets, visit newtheatrecardiff.co.uk or call the Box Office on
(029) 2087 8889.