Carl Marsh: You are both working together again (Hanna – airs on Amazon Prime March 29th), in an indirect sort of way but who got the part first?

Mireille Enos: I happened to be working over in Oxford, and David Farr (the writer of the show) was able to drive out. We sat down and talked about the part, and then I started reading it. He let me know that Joel was his greatest wish for Erik and that couldn’t have been happier news for me.

Carl: What about you Joel, were you happy once you knew that Mireille was involved with this project? 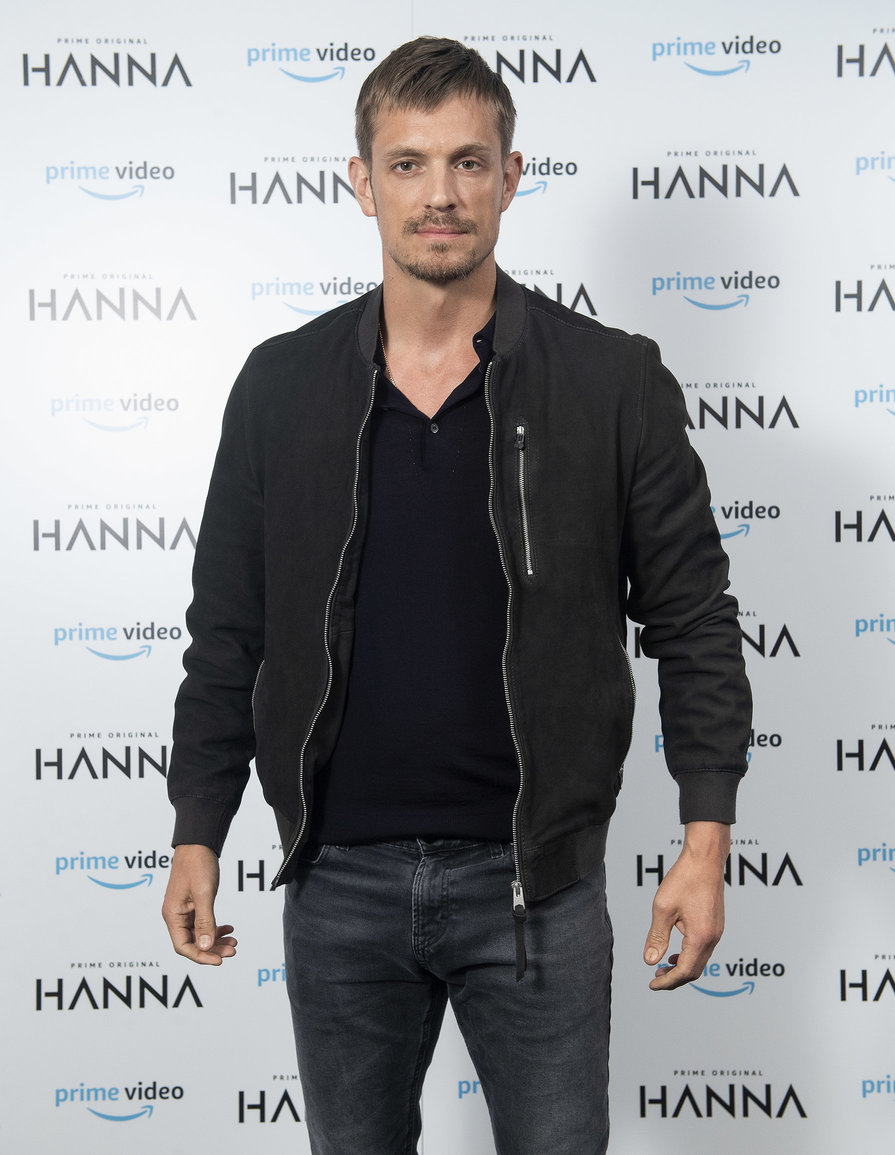 Joel Kinnaman: It was a huge incentive for me, and even she was texting saying “I don’t know if this is for you” and then I started reading it, and thought it was really good. The idea of playing with Mireille again was really appealing, and I also felt that it was for us to reunite, it was a perfect kind of project because the dynamic couldn’t be more different than it was in The Killing, which I felt was important.

Carl: Do you think due to the character that you play in this show that you could handle such situations in real life?

Mireille: But didn’t you go into the woods at night by yourself before we started shooting, right?

Joel: I did, yeah. I had a little cabin up in the Tatra Mountains (Poland & Slovakia border) for three nights, and it was interesting. It was minus 15c, no electricity, no running water. I woke up in the middle of the night where the fire had gone out, and it was so cold.

Carl: Did you find it difficult to get into that survival mindset?

Joel: It was a little disheartening of like how addicted I am to my phone. The intensity of the boredom (laughter) and I couldn’t believe I was losing my mind over how bored I was, but then I got over that and found some real periods of feeling excited and good.

Carl: With you Mireille, did you do any prep for the role, anything like what Joel did?

Mireille: No, but in my personal life I study martial arts, so that was just helpful to stay in touch with that. And then I did…

Mireille: (Laughs) …and then I did watch these interviews of CIA agents, some of them that are still in, and some of them that had gotten out (of the CIA) where they were talking about the dynamic of that and running espionage as a corporation and how complicated that is. So that was interesting.

Carl: For the both of you though, what was the ultimate decision (apart from the chance of working together again) of why you took the roles?

Joel: It’s always a combination of things, for me it was the people that were involved and the character, and the overall writing was really strong and compelling. Also, I loved that the story and world feel like the combination of many different kinds of stories, which I liked. There is a coming of age story, and then there is the action-spy thriller, and then there is also this family drama all wrapped into one. I could see a lot of people watching it together, that usually don’t watch things together. I just thought it was an interesting mix of genres.

Carl: Is that the same for you Mireille as well?

Mireille: I always think it’s interesting that the idea of what people would do with their secrets and how having secrets motivates and affects them, and all three of these people (in the show); well, Joel and my character are guarding some pretty profound secrets. That kind of privacy is exciting to watch on film, and David Farr’s writing is so spare and elegant.