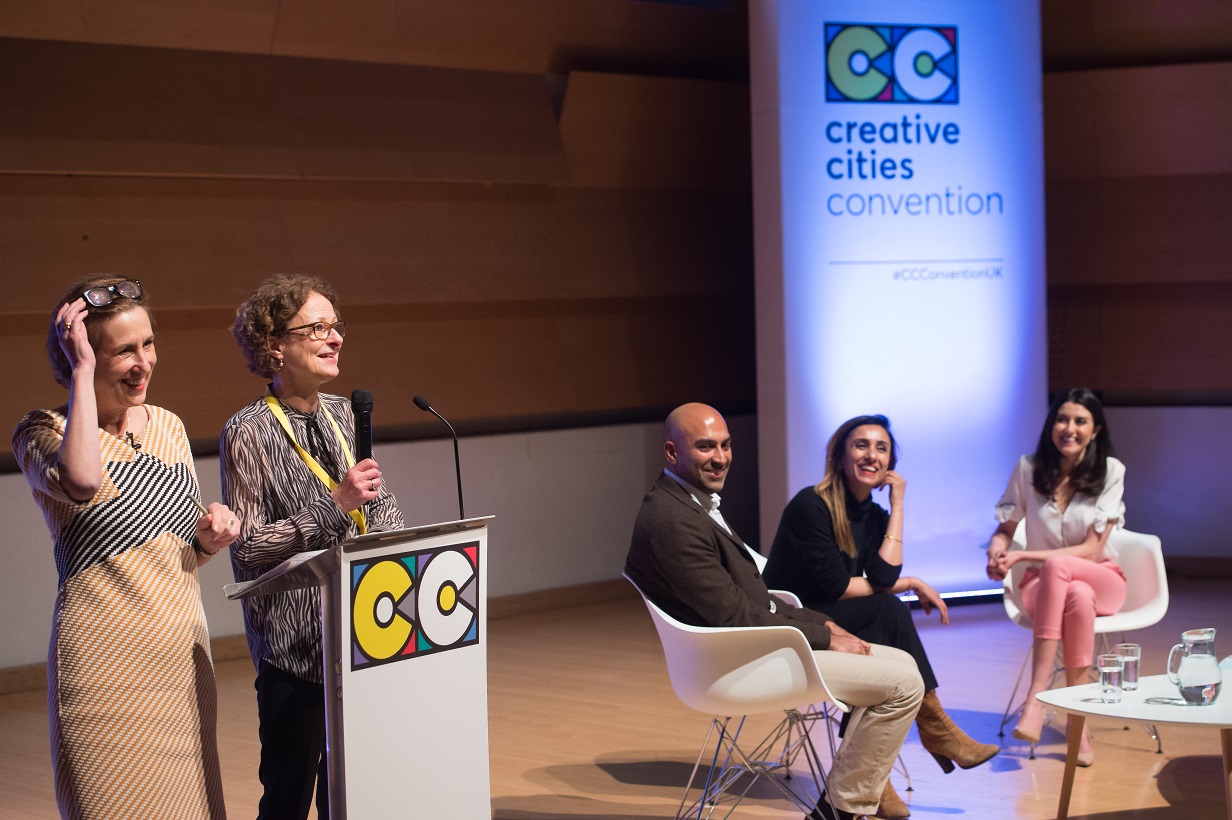 The serious business of comedy will be one of many contemporary topics under discussion at this year’s Creative Cities Convention, hosted by top journalist and Newsnight presenter Kirsty Wark.

After its highly successful inaugural event held in Leeds last year the convention’s second outing, on Monday April 1 and Tuesday April 2 at the wonderful Royal College of Music and Drama in Cardiff, is shaping up to be a full house of industry leaders and a packed programme of sessions capturing up-to-the-minute issues being faced by the industry across the UK.

With the overall theme of Let’s Be Friends reflecting the growing need for collaboration between content creators and distributors in Britain’s big cities, sessions will include:

• How To Build A Giant – Unlocking how some of the biggest brands outside London have achieved success through smart planning, talent development and pushing the boundaries of possibility
• It’s No Laughing Matter – Big Channel 4 hit Derry Girls is just one of many new shows that are changing the face of comedy from the Nations and regions. Former political advisor turned stand-up comedian Ayesha Hazarika chairs a panel of mavericks including the people behind Scot Squad (Scotland), Soft Border Patrol (Northern Ireland) and Wales’s very own The Tourist Trap
• Patrick Holland – The BBC Two controller’s keynote address on Tuesday will explore authentic portrayal
• Funding The Future – Insights into how public service broadcasters are planning to survive the impact of SVODs, navigate a rapidly changing advertising industry and implement new broadcaster strategies that will change the way our industry pays its way and keeps its audiences
• As I See It – Ayesha Hazarika offers a wry look at Brexit and some thoughts on surviving and maybe even thriving during stormy times
• Can’t get The Staff? – A special extended session will tackle what’s probably the biggest challenge facing our industry outside London – how to develop talent in line with the rapid growth in N&R production
• People Like Us – fascinating insights into the everyday lives and thoughts of a range of Youtubers and short form content producers

SPEAKERS AND OTHER EVENTS

• Speakers – an outstanding list of speakers has been assembled including new BBC Three Controller Fiona Campbell, Channel 5 Director of Programmes Ben Frow and Channel 4 CEO Alex Mahon (who will update on a year of progressing Channel 4’s Nations and Regions strategy) and Pat Younge, Co-founder and Managing Director of Sugar Films. More speakers to be added shortly
• Meet the Commissioner – Outside of the main event, delegates will be able to apply online for One-to-One meetings with an extensive range of commissioners across a number of genres including factual, comedy and drama
• Student Masterclass – On Monday afternoon, April 1, before the conference opens there will be high level masterclasses for students and industry starters from South Wales, focusing on building careers and understanding the industry

“The aim of the Creative Cities Convention is to bring fantastic talent from our Nations and Regions together with industry leaders who are shaping and funding our future. This is an extraordinary period of growth for producers working in our big cities and a unique opportunity for them to come and have their say,’ she said. “We are very much looking forward to announcing more speakers as they are confirmed and would urge people to get their tickets booked early.”

Tickets for the Creative Cities Convention are now on sale with a special early bird offer available until Feb 15. To book go to: www.creativecitiesconvention.com