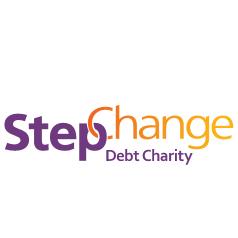 Commenting on today’s decision by the Bank of England’s Monetary Policy Committee to raise interest rates by a quarter of a percentage point, StepChange Debt Charity urges policymakers to keep a close eye on the impact of higher rates on debt servicing costs, as even small changes can tip financially precarious households into difficulty.

Among those StepChange clients with a mortgage, a £23 a month increase would mean around 1 in 10 could no longer have a balanced budget or a monthly surplus, and would be pushed into a negative budget with more money going out than coming in.

“Whilst a rise in interest rates might be right for the wider economy, from a consumer debt perspective many households are walking a precarious budget tightrope, as their incomes don’t stretch to cover the basics each month. These are the households that a rate rise will affect most. Policymakers mustn’t lose sight of what a rate rise means for real people on a tight budget. The fact that the wider economy can cope doesn’t always mean individual households can. Government and policymakers need to take parallel steps to ensure support is there for those who are negatively affected, especially if more rate rises are coming.”