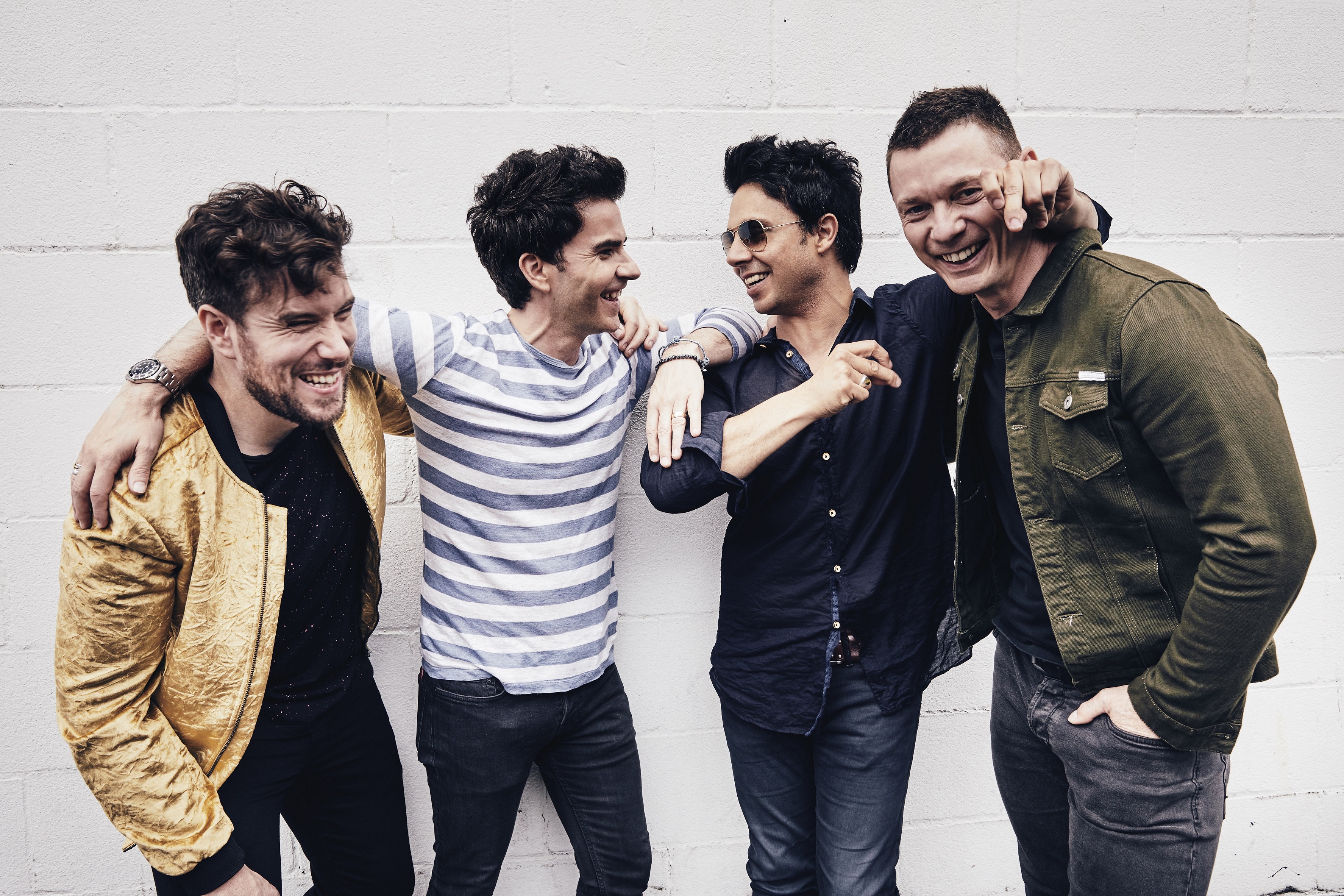 Whenever Stereophonics come back to Cardiff, it feels like a national holiday should be called. In the days running up to their return, everyone I spoke to had their own ‘phonics story. Word Gets Around was the first album I bought. The First Time I Saw Your Face was my wedding dance. I lost my voice belting out Have A Nice Day last time they played Motorpoint. This is a band firmly embedded in the collective consciousness of our capital city. Of course we’re going to start drinking at noon, we’re seeing Stereophonics tonight!

Approaching the stadium, the crowds are vast, vocal and delighted to be welcoming Cwmaman’s favourite sons home. The sun is blazing, the empty beer cans are piling up in every convenient corner, and middle aged women are dancing in the street with their shoes in one hand, and a bottle of prosecco in the other. Royalty wouldn’t get a reception like this.

We arrived in time to catch the second support act, PINS – an all girl band, in monochrome dresses and big sunglasses – who powered through their set of catchy, dirty rock songs with commanding presence.They’re well worth checking out, and Too Little Too Late is the tune to start with.

Jake Bugg was the next act tasked with warming the crowd up for Kelly and the boys, and Cardiff took to him with enthusiasm, rushing to the front and baying for their favourite tracks. To be fair to the lad, he did a professional job, cranking out the hits to keep the party going, but he didn’t seem to be enjoying himself all that much. There were no smiles or banter for the crowd, only his bandmates, but by the time he closed his set with Lightning Bolt, every foot in the stadium was tapping along.

There was one last surge for the bar. People kept grinning at each other in the queue, it was nearly time for the main event! 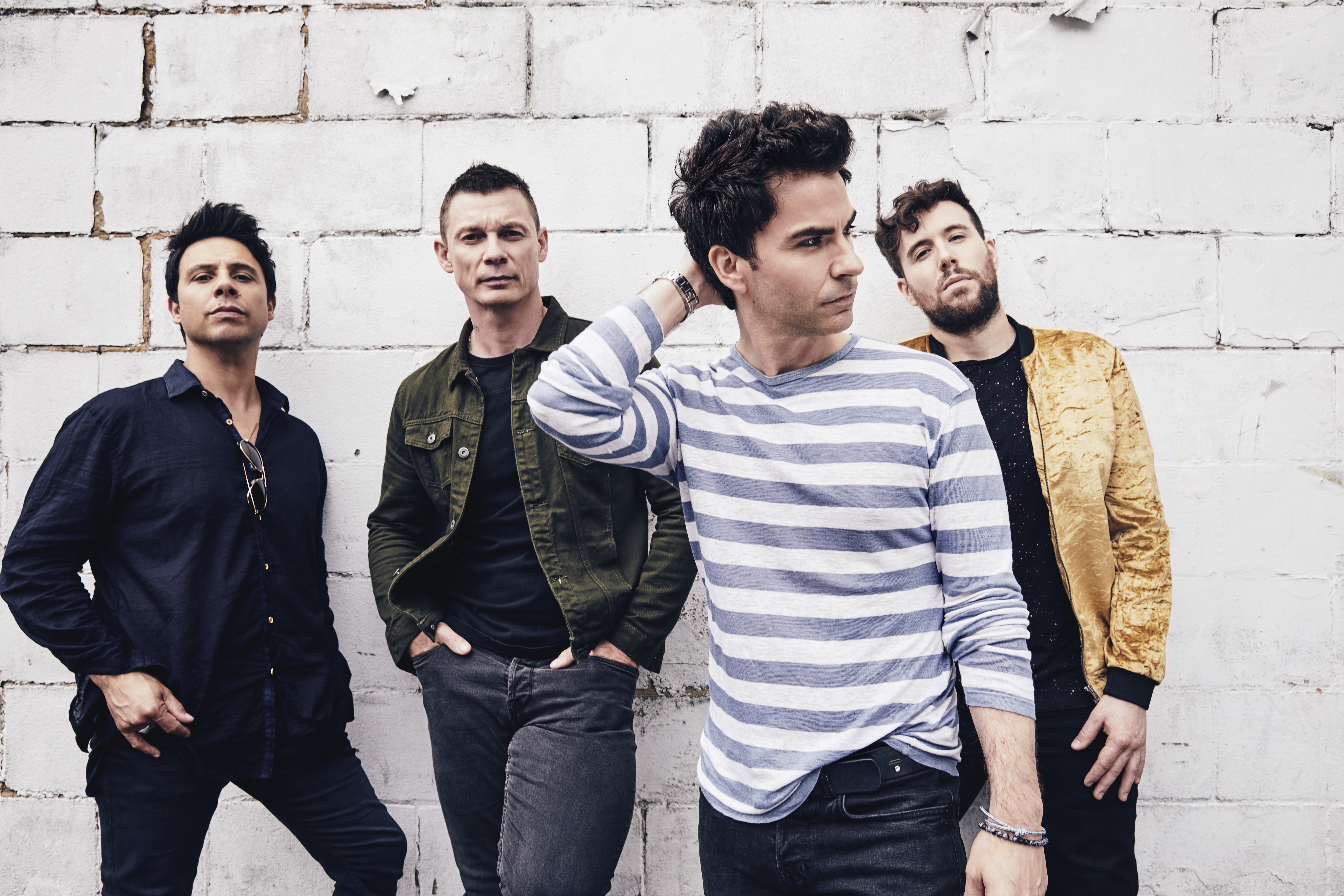 When the Stereophonics do emerge, there’s no big intro drama to amp the crowd up further. They don’t need it. Stereophonics stroll on, casual as you like, give the crowd a quick hello, then rip straight into C’est la Vie. For a band with ten albums behind them (including six chart toppers) there’s so much material for them to pick from, and it’s a solid choice. They follow that up with Caught By The Wind, the opening track from Scream Above the Sound, their last record. It’s good, but the crowd don’t know it so well; they haven’t been singing it for the last twenty years. Not so the next two; Kelly winds back the years to unleash two tracks from their debut album, A Thousand Trees and More Life in a Tramp’s Vest, and every fan in the stadium tipped their head back, punched the air and sung the choruses back with all their heart.

The next couple of hours are a tour-de-force of two decades of stellar songwriting, with numerous highlights. The sexy little sax cameo for Geronimo was superb. After a rousing rendition of Maybe Tomorrow, the band regrouped at the end of the runway projecting out into the audience. Crowded together you could see the smiles flashing between them, they were enjoying themselves every bit as much as their fans. When Jamie, the drummer, held up a ‘Fly Malaysia’ t-shirt in reference to the Cardiff City FC owners, it got an ironic cheer from the crowd, before they kicked back into gear. Mr Writer had the crowd singing loud and proud, as did I Wouldn’t Believe Your Radio and Local Boy in The Photograph, before a racaus rendition of Bartender and the Thief signalled the encore break.

I’ve been a Stereophonics fan long enough that I still think of Dakota as one of their ‘late’ hits, coming as it did five albums into a glittering career – but another five albums down the road, and it’s firmly established as one of their old favourites. The Cardiff crowd showed their approval in no uncertain times, belting out the lyrics, hands waving in the air as the Stereophonics thundered to the end of their encore.

You don’t really get theatrics with Stereophonics. There’s no big props or complicated AV displays. They don’t need any backing dancers or want artificial drama. These are the local boys done good, playing tune after tune after tune of irresistible anthems. And we wouldn’t have it any other way.