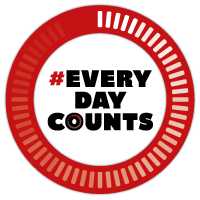 April should have marked an exciting milestone for Techniquest – not only should they have welcomed thousands of visitors through their doors during the Easter public holiday, but the team would have been preparing the final steps in launching the ‘Science Capital’ project; an extension to the existing building and the introduction of over 50 brand-new, innovative exhibits. The ‘Science Capital’ had a purpose to radically transform the centre; attracting a diverse audience and bring a new lease of life to Techniquest, which has been a part of Cardiff for nearly 34 years.

The current climate has meant that the centre has had to temporarily close – losing out on commercial income and postponing the opening of ‘Science Capital’, which would have naturally drawn in large visitor numbers over the summer. Whilst Techniquest asks for support through monetary donations during this time, their involvement with the #EveryDayCounts campaign will hopefully lead to increased Government support. But like many third sector organisations in the area, they need your help.

“There’s no doubt that Techniquest leaves a lasting impression on anyone who visits. It’s certainly a unique offering compared to your ‘typical’ day out and the opening of the new ‘Science Capital’ will help to make STEM (science, technology, engineering and maths) accessible to people of all ages. That’s why it’s so important we continue to be supported by the public, businesses, and the Government during this time.

We’re pleased to be part of campaigns such as #EveryDayCounts – highlighting what’s important for many third sector organisations right now and encouraging others to support us too. We’ve worked really hard to turn our ‘Science Capital’ project from a dream into a reality and want nothing more than to make it available to the public once lockdown is over.

I ask everyone to please support Techniquest during this time – donate, share our story and engage with the #EveryDayCounts campaign. Your efforts will make a difference and ensure we can continue to operate as one of Cardiff’s most popular visitor and educational attractions.”

With the length of the UK lockdown still uncertain, there is a risk that the centre will remain closed during the summer holidays. This will be a major financial blow to the charity which always excels in visitor numbers outside of the academic calendar. Techniquest is asking for support – through both donations and via the #EveryDayCounts campaign.

Ways to get involved –

Supporters can get involved in the following ways: