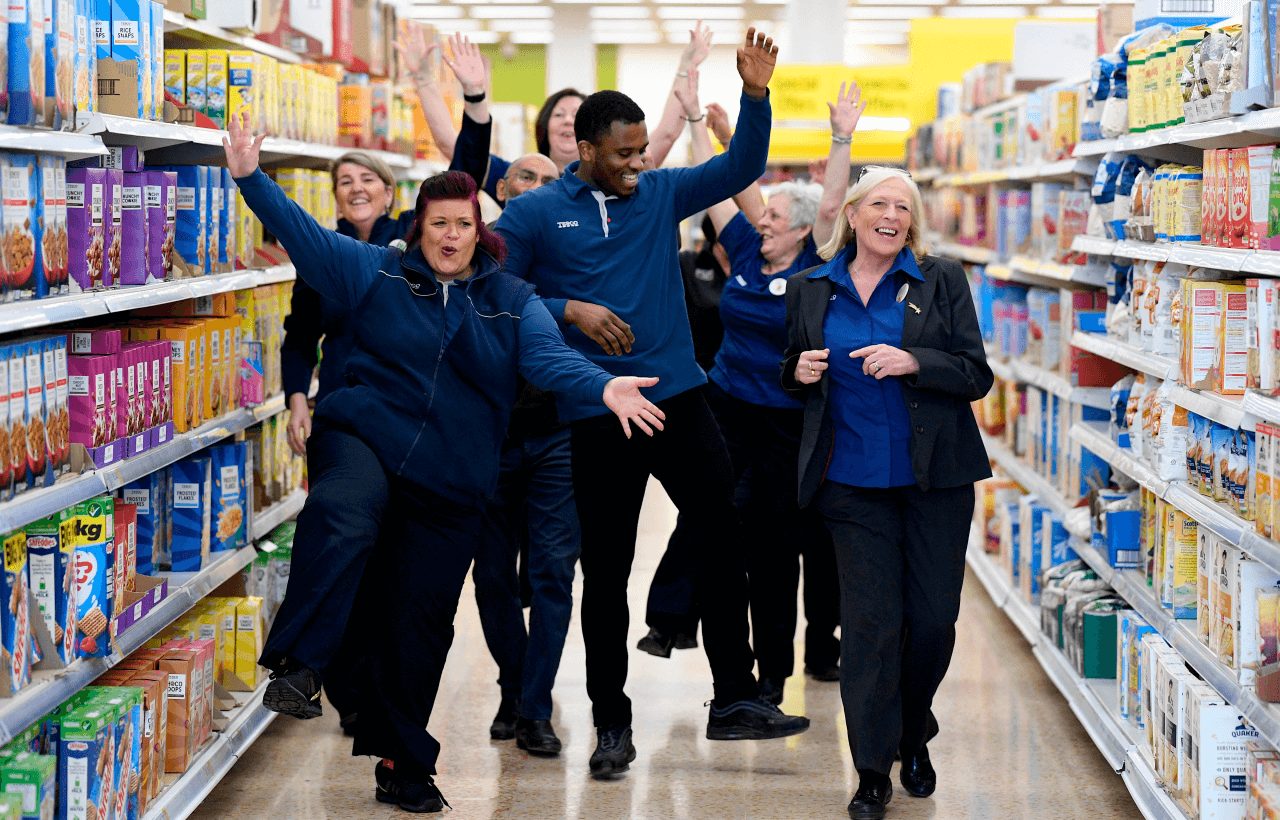 Tesco is set to launch Dance Beats, its national fundraising campaign, in Cardiff to support the life-changing work of its three national health charity partners; Cancer Research UK, the British Heart Foundation and Diabetes UK It follows last year’s announcement of a five-year partnership between Tesco and the three charities – Little Helps for Healthier Living.

Tesco will officially launch the event at Tesco Culverhouse Cross at 11.30am on 5th July. The hour long event will see the flash-mob At Your Beat  dancers mingle with customers, before donning their dancing shoes and kicking off a stellar dance performance in-store.

The Cardiff event forms part of Tesco’s major new fundraiser which will run for three days of epic dance marathon fundraising events in thousands of Tesco stores across the country on the 18th, 19th and 20th of July.

Dance Beats will then conclude with an ambitious GUINNESS WORLD RECORDS® attempt at Wembley stadium on the 19th and 20th of July where thousands of Tesco colleagues and members of the public will come together to complete a 30-hour dance marathon relay.

Tesco and the UK’s three biggest health charities are calling on the public to get behind Dance Beats in one of four ways:

To find out more information, apply for tickets to the world record attempt and download the Dance Beats fundraising guide visit www.Tesco.com/DanceBeats

“We’re really excited to welcome the At Your Beat dancers into our Cardiff store in a bid to raise money for some really great causes. The Dance Beats event promises to be a fantastic day and we can’t wait to learn some moves from the supergroup!”

“Cancer, heart and circulatory diseases and diabetes touch almost every family in the UK, which is why in our centenary year we’re launching Dance Beats to support the important work of our three health charity partners. Our colleagues and customers continuously go to amazing lengths to raise millions for charity and we hope Dance Beats will be a great way to fundraise and have some fun through dancing.”

“Being part of the Dance Beats campaign gives me an opportunity to not only support three wonderful charities but also share my love for dance and the health benefits a good dance session can provide.”