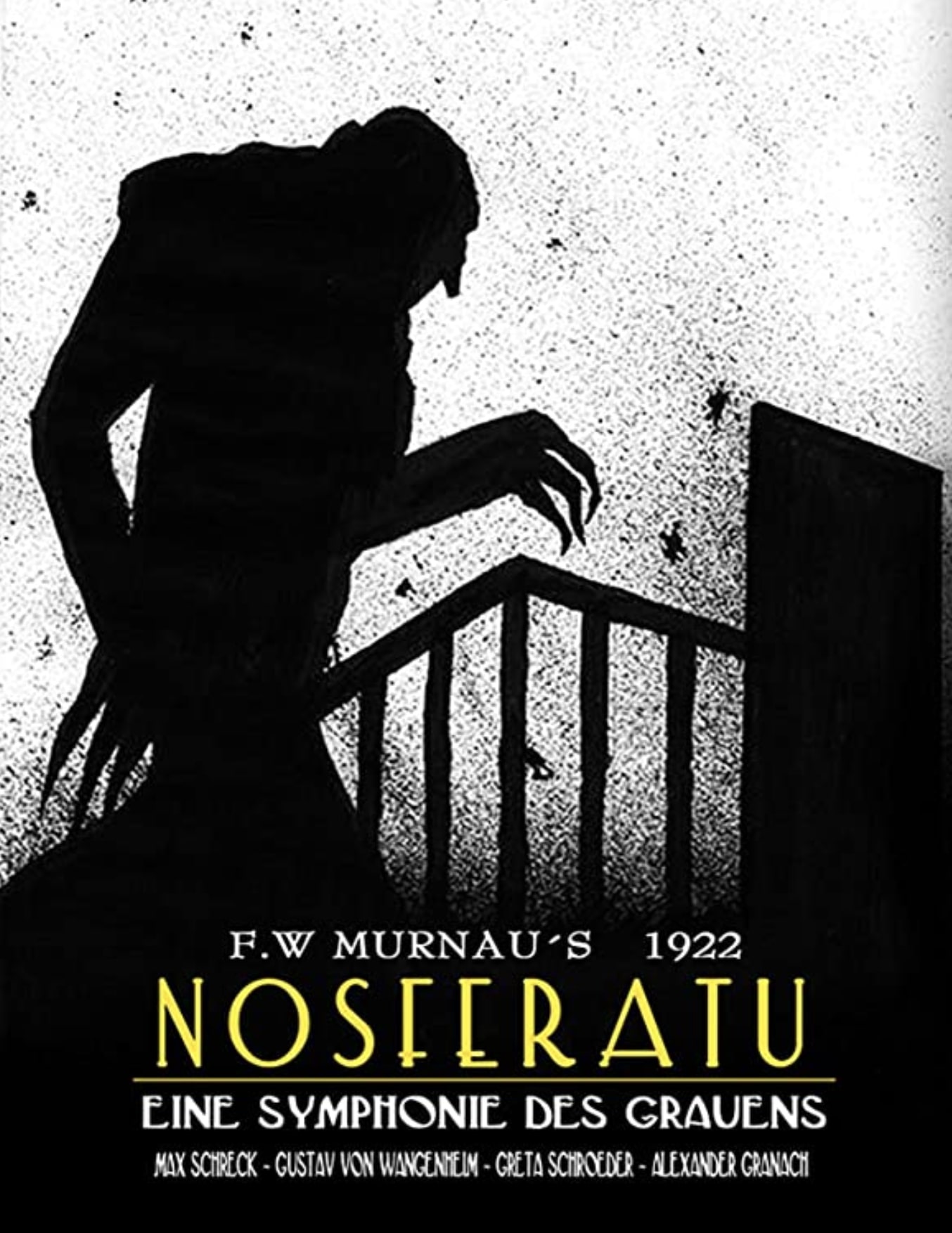 …according to Ealing’s famous MetFilm School.

Pete Appleyard – a tutor at Ealing’s world famous MetFilm School has a massive interest in the genre of Horror. He’s taken time out to pull together this haunting selection of spooky films from the last 100 years!

It’s a mixture of classics, blockbusters and unusual but worthy finds.

Pete’s final choice – Host was written, shot, edited and released during the Covid-19 lockdown… it will make you think again when accepting an unexpected Zoom call invitation…

This early, unofficial adaptation of Dracula by F.W Murnau still holds every bit of its gothic power almost 100 years after it was made. Its filled with iconic gothic imagery and features an amazing central performance by stage actor Max Schreck as the terrifying Count Orlock (who’s name translates as Max Fear). It also works as a wonderful introduction to silent film for those new to early cinema.

The first Horror blockbuster and the film that made a star of Boris Karloff. Few films can claim to be as iconic as this classic from universal pictures. From the gothic production design to the incredible Jack Peirce make-up for the Monster, Frankenstein feels like the definitive version of Mary Shelley’s morality tale of man playing god.

One of the few Horror films produced at Ealing Studios during its golden era, Dead of Night is one of the earliest examples of the Horror Anthology film. Essentially a collection of short films linked together by a wraparound story, the anthology format became a staple of British horror films through to the 70’s and 80’s but rarely was it done as well as here. The scenes of Michael Redgrave being menaced by an evil ventriloquist dummy remain terrifying to this day.

With his debut feature George A Romero managed to do some incredible things. First and foremost he re-invented the Zombie film moving away from the voodoo stories of old to the flesh eating ghouls we know and love today. Secondly, he cast the genre’s first black lead actor, the amazing Duane Jones. And finally, Romero managed to hide biting social commentary on the civil rights movement and the US’s role in Vietnam amongst the gore and mayhem. Political horror at its best.

The horror boom of the 80’s gave birth to a number of new horror icons but king amongst them has to be Wes Craven’s ultimate boogie man Freddy Kruger. A killer who stalks you in your dreams, Kruger was brought to life by the classically trained Robert Englund. Whilst the sequels are imaginative and fun it’s the original film that has all the scares, including a very gory encounter with a young Jonny Depp.

The late 90’s saw and explosion in new Japanese horror cinema and the most terrifying of all has to be The Ring. The set up is simple, once you have watched the cursed VHS tape you have 7 days to live unless you pass the curse onto another. Blending MR James with Japanese folk law, The Ring is a slow burn of a film with an explosive and horrifying final. Forget the watered down American remake and numerous sequels, the original is the real deal.

Julia Ducournau’s Raw starts as a coming of age drama about a young woman joining her older sister in a French veterinary school but soon morphs into something more sinister. A strange mix of John Hughes and David Cronenberg, it’s one of the most effective body horror films in recent years and represents a new wave of female directed horror.

The haunted Zoom call film! A great example of what you can do with very limited recourses, Host was written, shot, edited and released during the Covid-19 lockdown. Drawing its influence from other format bending films such as The Blair Witch Project and Ghostwatch, it has more atmosphere, jokes & scares packed into its lean running time than most horror films made for 10 times its budget.