On Wednesday 15th May, I had the privilege of attending The Guilty Feminist Live Tour at Cardiff’s St David’s Hall/St Davinia’s Hall (the latter name having been coined by Frances White as a feminist re-brand to be in keeping with the show)! 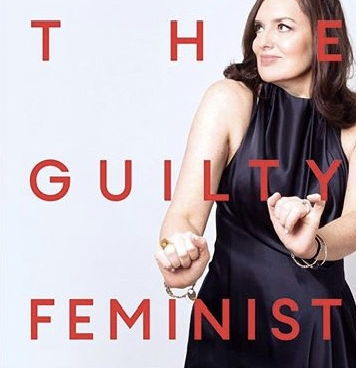 The panel of talented comedians alongside Deborah Frances-White comprised of Jessica Fostekew, Suzi Ruffell, Grace Petrie and Kemah Bob. The five women began the show delivering Deborah’s famous tag line: ‘I’m a Feminist… but’, each with their own feminist faux pas to signal the heart-warming night of comedy ahead. Throughout the night, they discussed how to accommodate un-feminist thoughts with your own feminist aspirations, as well as outlining the importance of inclusivity within the movement.

One by one they delivered their own sharp and witty sketches, touching on different socio-political issues whilst relaying their personal anecdotes of feminist blunders at the same time. By encouraging the audience to be part of an inclusive society that doesn’t suppress or overshadow anyone, they created a very uplifting atmosphere, proven in the collective chorus of ‘I Will Survive’ that was sung by the panel and every member of the audience at the end of the show.

One of my favourite parts of the show was when the panel interviewed representatives from organisations that champion female equality. They sat with representatives from WEN Wales; an organisation committed to eliminate all forms of female discrimination, Women Connect First; an organisation dedicated to help black and ethnic minority women living in the UK; and a poet committed to spreading positivity around LGBT rights. Each one spoke about their invaluable work and what it would mean to them if we supported their cause. At the end of the show, there were donation buckets placed at the back of the hall and all proceedings went to the two charities, which felt like the perfect way to end an evening dedicated to supporting equality and female liberation.

Links to the two charities are listed below:

Through the mediums of discussion, comedy, poetry and song, these women effectively captured the zeitgeist of the moment, where the importance of empowering and representing everyone in society has never been more important. I would highly recommend to anyone to go and see it if they can.

The live tour followed in a similar vein to her award-winning podcast, which she co-founded with Sofie Hagen in 2015 and has had 65 million downloads in under three and a half years. It can be found on lots of podcast apps and Spotify.

The remaining dates of the tour can be found at: https://guiltyfeminist.com/tour/