The Marine Conservation Society’s Great British Beach Clean is back 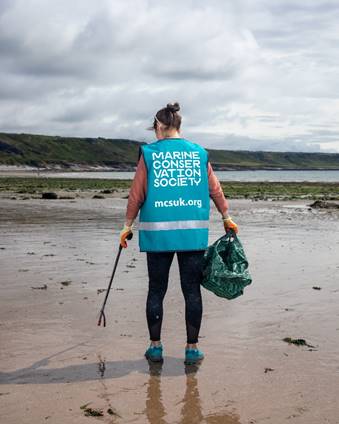 Are you beach clean ready? The Marine Conservation Society is holding its annual Great British Beach Clean between  17th – 26th September, 2021 and is calling for volunteers from across Wales to join in and help.

The UK’s beaches and seas are a haven for an incredible variety of wildlife, which are put at risk by pollution. Animals can get tangled in plastic wrapping, become distressed, or mistake pollution such as plastic bags for food. This often proves fatal to them.

Gill Bell, Head of Conservation (Wales) at the Marine Conservation Society: “Every year, plastic dominates the top five most common litter items on Welsh beaches. These are things like bottle caps and lids, plastic packaging and cigarette stubs, which don’t biodegrade so will be in the environment for a very long time. Every one of these items that volunteers help to remove will reduce pollution’s impact on the environment and our precious wildlife.
“By removing litter before it makes its way to our waterways, we can help reduce pollution reaching our ocean. No matter where you live, you can help.”

The Great British Beach Clean, supported thanks to funding raised by players of People’s Postcode Lottery, is more than just a clean up. Every year volunteers make note of the litter they collect, sharing the data with the Marine Conservation Society’s experts. The charity has used data collected to make the case for carrier bag charges across the UK, and is campaigning for Deposit Return Schemes for all types of drinks containers.

Since the introduction of the 5p carrier bag charge in Wales in 2011 the Marine Conservation Society reports an 88% drop in the single-use bags found on Welsh beaches. But beaches remain polluted. At last year’s Great British Beach Clean, the charity’s volunteers found an average of 238 items of litter for every 100 metres of Welsh beach cleaned.

The Marine Conservation Society is calling on the Welsh Government to legislate on phasing out commonly littered single-use plastic items found on Welsh beaches every year. By banning single-use items including cotton bud sticks, cutlery, plates, straws, stirrers and more, the Government has an opportunity to drastically reduce the amount of litter heading for the ocean.

Lizzie Prior, Beachwatch Officer at the Marine Conservation Society: “We’re hoping that more volunteers than ever before are beach clean ready this year. After having to downsize during lockdown last year, we want to gather as much data as we can to understand the state of pollution on the UK’s shores.”

Litter that ends up on the beach and in the sea can start its journey in villages, towns and cities miles from the coast. For those not based by the sea, the charity’s Source to Sea Litter Quest is a fantastic way to get involved, and stop pollution before it makes its way to the sea. Volunteers taking part in a Litter Quest can keep the UK’s beaches and seas clean, from miles away.