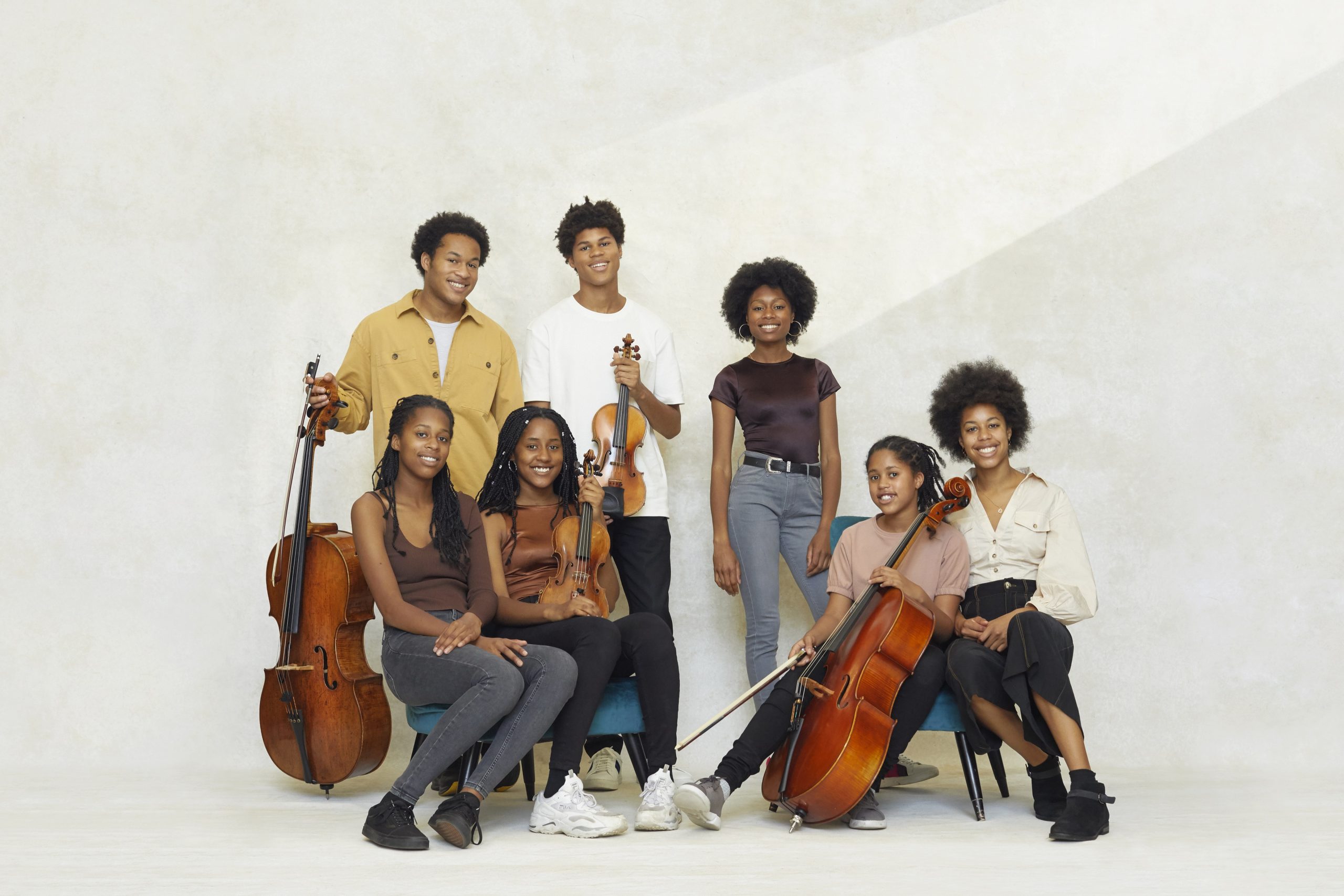 The news also sees cellist Sheku become the first ever classical instrumentalist to have their first three albums make the pop Top 20 chart, following ‘Elgar’ which debuted at No.8 in January, and 2018’s ‘Inspiration’, which peaked at No. 11 following his performance at the Royal Wedding in May 2018 and watched by 3 billion people worldwide. Sheku’s first two solo albums have re-entered the UK Classical Albums Chart Top 10. Including pianist Isata, the family now boast four Classical No.1 albums to their name.

The Kanneh-Masons’ chart success follows a year of highs for Nottingham’s supreme seven, including a socially-distanced, sold-out show at London’s Barbican Hall in October – their first public performance together as a family. In September, their mother, Dr Kadiatu Kanneh-Mason published her memoir ‘House of Music’, sharing her life story from childhood in South Wales to matriarch of the family home in Nottingham.

At the height of England’s lockdown in the spring, the BBC’s Imagine team sent filming equipment to capture the extraordinary lives of the Kanneh-Mason family, together at home for the first time in over five years. In September, Isata made her BBC Proms debut alongside Sheku at the Royal Albert Hall, in a performance broadcast to audiences at home via Radio 3 and BBC Four.

Reflecting on the last year, Sheku says, “It’s been an amazing journey working with my brother and sisters on our first family album. We hope it inspires a new generation of young musicians to explore their own talents and the wonderful world of classical music. Making music together has, and continues to be, such an incredible privilege for us and we look forward to the prospect of performing for audiences in 2021 and beyond.”

Kadiatu adds, “Carnival means so much to us as a family. We are passionate about bringing music to people of all ages. This album is a celebration of the natural world, of love and the diversity we all share, and we had so much fun making it.”

The Kanneh-Masons are seven brothers and sisters ranging in age from 11 to 24 years old, all of whom play either violin, piano or cello. Described as “the world’s most musical family” by Simon Cowell, they have won many awards and appeared on numerous TV shows; the five eldest performed at the BAFTA awards in 2018 and all seven appeared on the 2019 Royal Variety Performance in the UK. They have also been the subject of a number of documentaries, including CBS Sunday Morning, BBC One’s Imagine… This House is Full of Music and BBC Four’s Young, Gifted and Classical, as well as a documentary ‘Playing to Inspire’ with the Antigua and Barbuda Youth Symphony Orchestra, broadcast on ABS. All the children attend or have attended London’s Royal Academy of Music and its Primary and Junior Academies. They were raised in Nottingham, England, by parents Stuart Mason, a business executive and Dr Kadiatu Kanneh, a former university lecturer. Both parents played musical instruments to a high standard but never pursued professional careers. Born in Sierra Leone but moving to Wales as a young girl, Kadiatu lectured in English at the University of Birmingham, while Stuart, both of whose parents were born in Antigua, was born in London and works for a luxury experiential travel company. www.kannehmasons.com

The seven Kanneh-Mason siblings are: