The school raising awareness by ditching single use plastic bottles 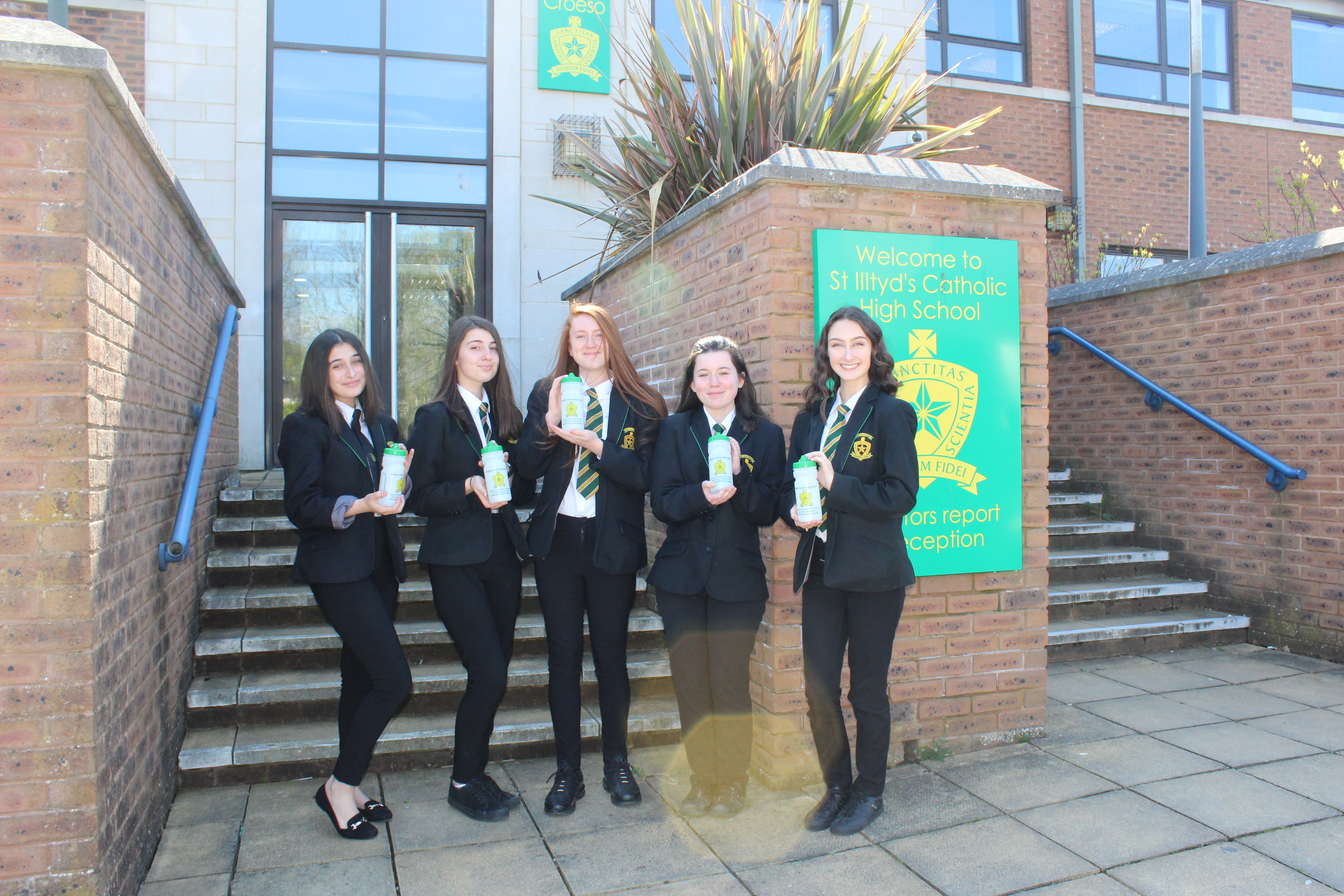 Vaughan Gething, Health Minister of Wales has paid a visit to pupils at a high school who’ve decided to cut down on the use of plastic bottles.
Pupils from St Illtyds Catholic High School, in Cardiff, believe that plastic bottles are contributing to the growing plastic pollution of the oceans and are on a mission to reduce their own plastic waste.
Vaughan Gething praised the ambitious group of Year 9 students for raising the issue and for their conscientious work in applying for funding from the Virgin Atlantic “Change is in the Air” Award, promoted by the WE movement following their success at the annual First Give Awards held at the Senedd last year.
He said: “I am very impressed with the hard work that students at St Illtyds have been doing to help tackle the ever-growing problem of plastic waste in our oceans. The impact that plastic waste is having on our marine wildlife is shocking.
There are many changes we can all introduce in our lives to make a real difference and reduce the amount of plastic that we use. I am delighted to support St Illtyds in their efforts to reduce their use of disposable water bottles and become a refill school”.

The group of girls, working towards their Welsh Baccalaureate, were inspired by ‘Keep Wales Tidy’ and initiated a project to cut down on the use of plastic bottles in the school by installing two water fountains and by providing every pupil with a reusable water bottle.
Despite the group being unsuccessful with this funding application due to its fierce competition, the WE Movement were so impressed with the girls’ application that they recommended the project be funded by the Queen’s Commonwealth Trust Award. A prestigious award that works to fund and connect young leaders who are working hard to change the world and solve problems in education, health and the environment.
The girls’ hard work paid off, they were awarded £2000 and received a “shout out” by the President of the Queen’s Commonwealth Trust at the WE Day event in March at the SSE Wembley Arena, in the presence of famous faces including key patron to the QCT Award, Prince Harry.
Pupils Holly Tee and Ffion Morris said: “We are delighted to have received this award and are hopeful that our project will make a difference in our school community.”
The head teacher of St Illtyd’s, David Thomas, said he was incredibly proud of the girls’ efforts in raising awareness of this project and very thankful to Vaughan Gething for his support.
The water fountains have been installed over the Easter Holidays and the group launched the project with a week of assemblies starting the 6th of May. The girls have since encouraged pupils to use their re-usable water bottles, which were distributed last week.