TIGHT FIT – THE LION IS AWOKEN! By Alan Coulthard: talking to Denise Waterman. 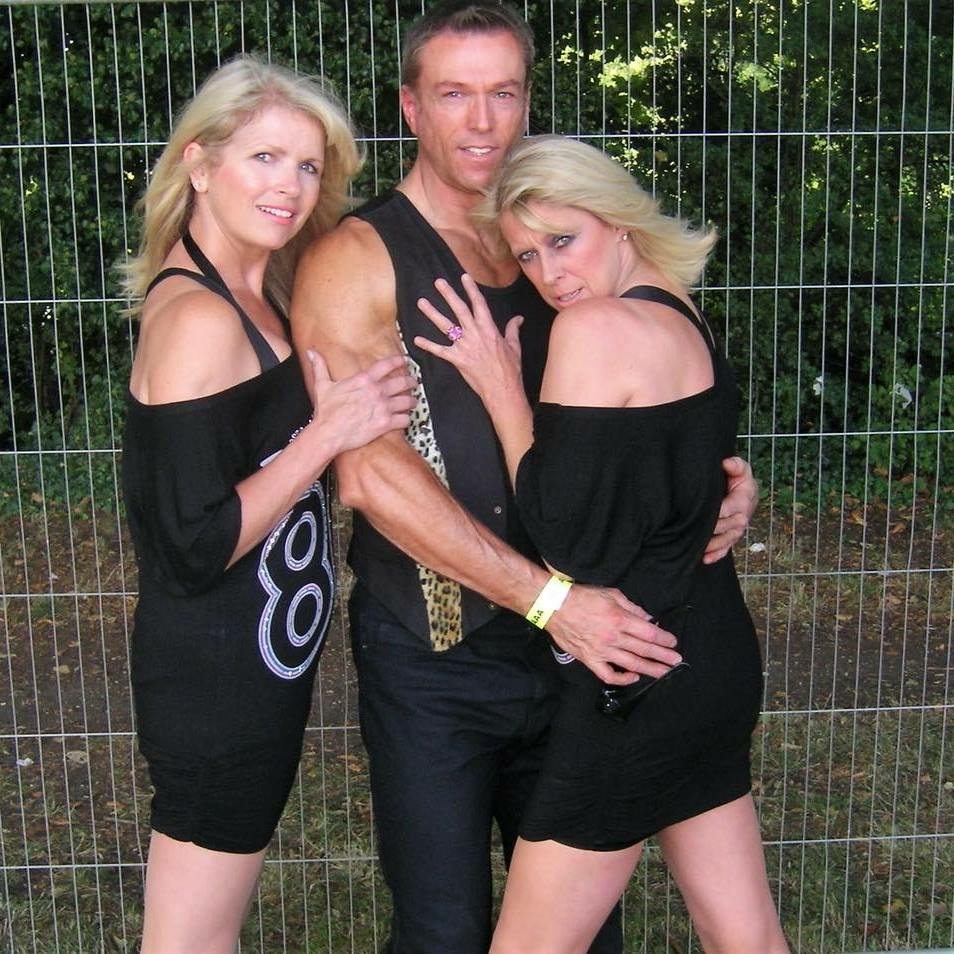 Tight Fit is one of my guilty pleasures from the early eighties.  Who can forget their classic hit ‘The Lion Sleeps tonight’ and the rippling muscles of model and lead singer Steve Grant?  But the story starts even before then when record producer Ken Gold decided to record a medley of 60’s songs called ‘Back to the 60s’ to capitalize on the success of the ‘Stars of 45’ concept, which was so big in 1981.  He put together some session singers to record the track and then put together a group of actors and singers to front the group on ‘Top of the Pops’.  The track reached number 4 in 1981 and was followed up with a ‘Back to the 60’s – Part 2’, which reached No. 33.

The next track was ‘Lion’ but this was produced by Tim Friese-Greene, a different producer and the singer was Roy Ward, the former drummer and percussionist from the 70s group ‘City Boy’.  A new group was put together to front it, the dancer, singer and model, Steve Grant and female singers Denise Gyngell (now Waterman) and Julie Harris.  The track was a number 1 hit for 3 weeks in March 1982.  Although they hadn’t sung on ‘Lion’, the producer was satisfied that they could all sing well enough to be recorded for the follow up, ‘Fantasy Island’.  This song is one of the most perfect pop songs ever written and had been sung by ‘The Millionaires’ in the Dutch Eurovision Song Contest Heats.  The popularity may have been due to a similarity to ABBA, a group which clearly influenced the selection process of Tight Fit, and it reached number 5 in May 1982.  There was a third single called ‘Secret Heart’ but this was not as successful and peaked only at number 41.  Back together after 30 years and looking incredible for their respective ages, they are setting clubs and Prides alight with their new show.

I caught up with Denise whilst we were watching Club Tropicana – The Musical in the Wales Millennium Centre a few days ago.

How does it feel back performing with Steve and Julie once again?

We are so happy to be able to be in this position.  We all do it because we love it and to be able to do it again at this age, well we’re amazed. And we keep saying jokingly that if Julie and I carry on for much longer we’ll be coming on with Zimmer frames with leopard print all over them!

Can you explain your Welsh connection?

I was born in Porth in Glamorgan in a hotel which my grandmother used to run and the family have relatives from Wales too.  My parents had recently moved back to Barry from West Wales.

I understand you are performing at Wow Cardiff on Sunday.  How does it feel to be performing on home ground?

Amazingly this is the first time we have performed in Wales but we are so pleased to be doing it and to be involved in another Pride, as Prides are so relevant to what we are all about. In fact the first time we got back together, one of our first gigs was London Pride and we couldn’t believe it when we stepped out at Trafalgar Square and there were 15,000 people singing ‘The Lion’. We were literally looking at each other saying ‘OMG’.  So to coming to Wales been a long time coming but now were finally here, we are very happy.

What was we expect from your Wow set?  Does Steve take his shirt off?

Our set will definitely please the audience.  The things is we only do 70’s and 80’s songs so every song’s a crowd pleaser and the good thing about it is that means people are on their feet before we even start singing.  We know the songs to get the crowd going and we hope that they join in!  The normally do but if they don’t, Wales will not be what I’m expecting and I will be very disappointed!  Steve will definitely take his shirt off.  He can’t wait!!!

Can you explain your connection with the ‘Club Tropicana’ musical

My parents used be to be professional singers and I had two brothers.  Sadly my older brother, Paul, died 10 years ago, but my young brother, Michael (Gyngell), wrote ‘Club Tropicana’ and he also co-wrote ‘Summer Holiday’ so I’m here to see it for the third time and I’ve brought my mum to see it too.  And our song ‘The Lion’ is in it.

What do you think of the ‘Lion Sleeps Tonight’ segment in the musical? (The girl crawling across the stage)

It think its a very ‘tongue in cheek’ way of using ‘The Lion’ but we’re pretty ‘tongue in cheek’ ourselves and we don’t take ourselves too seriously.  The thing about ‘The Lion’ is that it doesn’t matter if you’re 5 or 105, everyone knows that song. They may not all like it, but everyone knows it. I can guarantee that when we start singing ‘a wimoweh’ people continue singing it. We’re getting paid to do what we love.  What more can you ask for?

How did Tight Fit get together?  Were you put together by someone?

Yes in 1982 there was an audition and they brought in 10 women and 5 men and then they paired people up to see what looked best. I think they were trying to do an ABBA-esque type of look by having one dark-haired girl and one light-haired girl.  Ironically at the end of the day they had 2 boys and 4 girls.  The other boy was my older brother, Paul! So had Steve not got it, Paul would have got the job.  Both my brothers were actors in the West End. In fact I went into labour watching a pantomime in which Paul was performing in Wales and my father drove me down the M4 to the hospital in London.  My daughter was named Charley Ella was because we had been watching ‘Cinderella’!  Had we been watching ‘Snow White’ she might have been called Charley Dopey Grumpy!

My favourite track is ‘Fantasy Island’ which many say is one of the best pop songs ever.  Where did you shoot the amazing video and was it as enjoyable to make as it looks?

We shot it in the South France.  It was great fun.  To be in this business was such a pleasure especially when we were in our twenties and were being paid to do something which was so much fun. The only problem was that Steve couldn’t drive the motorbike!

Why did you split up when it appeared you were still successful?

Basically the record company didn’t want to pay us all the same amount of money and we  complained.  Julie and I ended up being replaced.