Toad In A Hole No Longer 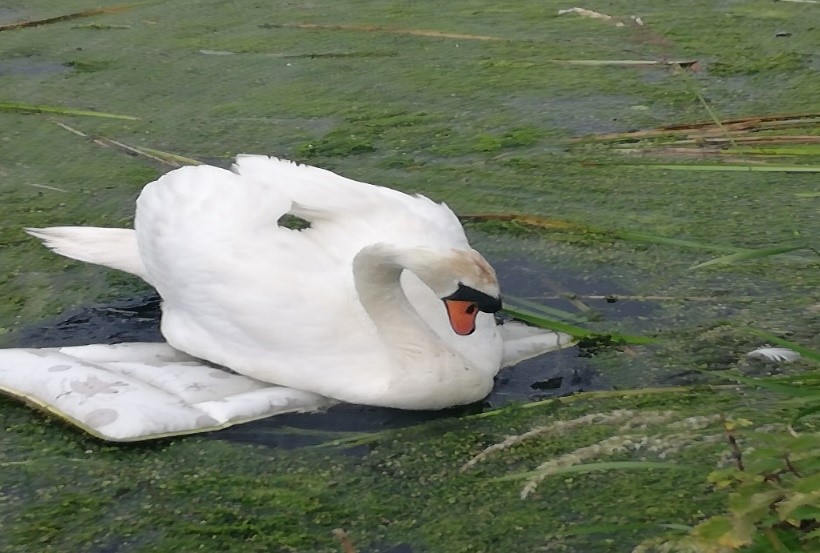 The other weekend was rather strange.  We found a large toad in our garage.  How it got in there is a complete mystery.  However, we released him back into the wild in a local reen.  Next up we saw a bloke catch a two-foot long pike in the same reen.  Then we saw this swan on a Lilo in the reen.  Finally saw a life-size imitation crocodile on a canal bank in Rogerstone.  I have got to stop drinking!

What has big sharp teeth, a tail, scales, and a trunk?  A pike going on holiday.

Ever since his father was killed by a crocodile, my cousin couldn’t stand the sight of crocodiles. Whether its TV, in pictures or even stuffed animals.  He can’t even stand the crocodile on brand logos. I think he’s just become very Lacoste-intolerant. 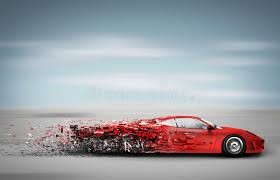 As you will know, the coronavirus-induced quarantine has made people abandon their offices and start working from home. One of the biggest success stories during this relocation is Zoom, a chatroom that has gone from almost no one having ever heard of it to being a central instrument in our jobs.  Anyway, our mate Dr Helen was telling us about her father who had been invited to go on the bad boys driving awareness course as a result of a speeding ticket.  Because of the virus the course was moved to Zoom.  Now call me old fashioned but I would have thought that Zoom was the last thing speeding motorists needed.

A snail, who was tired of being slow, went and bought a sports car with a big “S” painted on each side.  Whenever someone saw him Zooming past, they would say, “Hey, look at that S-Car Go!”

When permitted, She Who Must Be Obeyed and I spend much time in Devon.  This normally involves driving through a little place called Hele Bay.  I am told that this is pronounced “Heel.”  In looking for the correct pronunciation I came across this piece of advice:  “And then you may explain that you are not employing the Oxford English verb helan (make sure you include the infinitive ending to put your interlocutor more firmly in his place) but the ModE dialect verb hele, which has undergone the ME Great Vowel Shift and loss of ending and is accordingly pronounced, as the OED tells us…………..Heel.”  Sorry I bothered!

I have previously written about our newly found local walks which have resulted in 550 miles of walking in the last three months.  Fed up of walking down country lanes only to have to jump aside or be mown down by over-zealous cyclists, who all seem to come from some silent religious order and never announce their presence as they hurtle towards us from behind at Mach 2 velocity, I hatched a cunning plan.  I went on the interweb and bought some “spy glasses” which are normal sunglasses with small rear-view mirror plates in the lenses.  They duly arrived 6 weeks later from the USA.  However, due to me having a weaker left eye than right, the left mirror image was a blur whilst the right one was clear.  This was disorientating as it made me giddy wearing them and by looking to the rear a lot of the time, I was then bumping into cyclists coming at me head-on whom I hadn’t seen.

In truth my internet purchases so far have been pretty disastrous and include:

See what lockdown has done to me.  I can’t even shop on my own anymore.  Talking of watches, my collection of wrist watches has been lost in Madrid. I guess it’s Adios Omega’s.

And another thing.  I had also ordered a parcel which Royal Mail were well paid to deliver (another watch strap) but we had the audacity to be out when it arrived.  Push it through the letter box, no.  Leave it with a neighbour, no.  Push an indecipherable card through the door, written in size 4 font by someone who couldn’t spell, yes.  I was then forced to go miles out of my way to the sorting depot on the other side of town.  Guess what?  They only open from 7am-9am.  I feel like having a sign made for our window saying:  “Sorry I am in.  You’ll just have to knock the door and make the delivery!

I’ve written a joke about Royal Mail.  This should have been posted a long time ago.  The post office hired me to find innovative ways to mail things.  My job is pushing the envelope.

Finally, some jokes to cheer you all up in these strange times.

What do you call a woman who plays pool whilst balancing four pints on her head? Beatrix Potter.

My wife is really mad at the fact that I have no sense of direction. So I packed up my stuff and right.

Today, my son asked “Can I have a bookmark?” and I burst into tears. He’s 11 years old and he still doesn’t know my name is Brian.

What do you call a dog that can do magic? A Labracadabrador.

If a child refuses to sleep during nap time, are they guilty of resisting a rest?

A bloke I know said his wife was going to leave him in the morning because he was obsessed with Wham. He said: “Wake me up before you go go.”

I keep having this recurring dream where I think I’m a horse. It’s happened the last five nights on the trot.

If I had to describe myself in three words, I would say: “Not very good at maths”

I bought a French impressionist painting, but my cat scratched it. So I’m now selling it on, as a clawed Monet.

Heard about an estate agent who is looking for a property for himself. He has cattle and is fond of wine – so he needs a byre and a cellar.