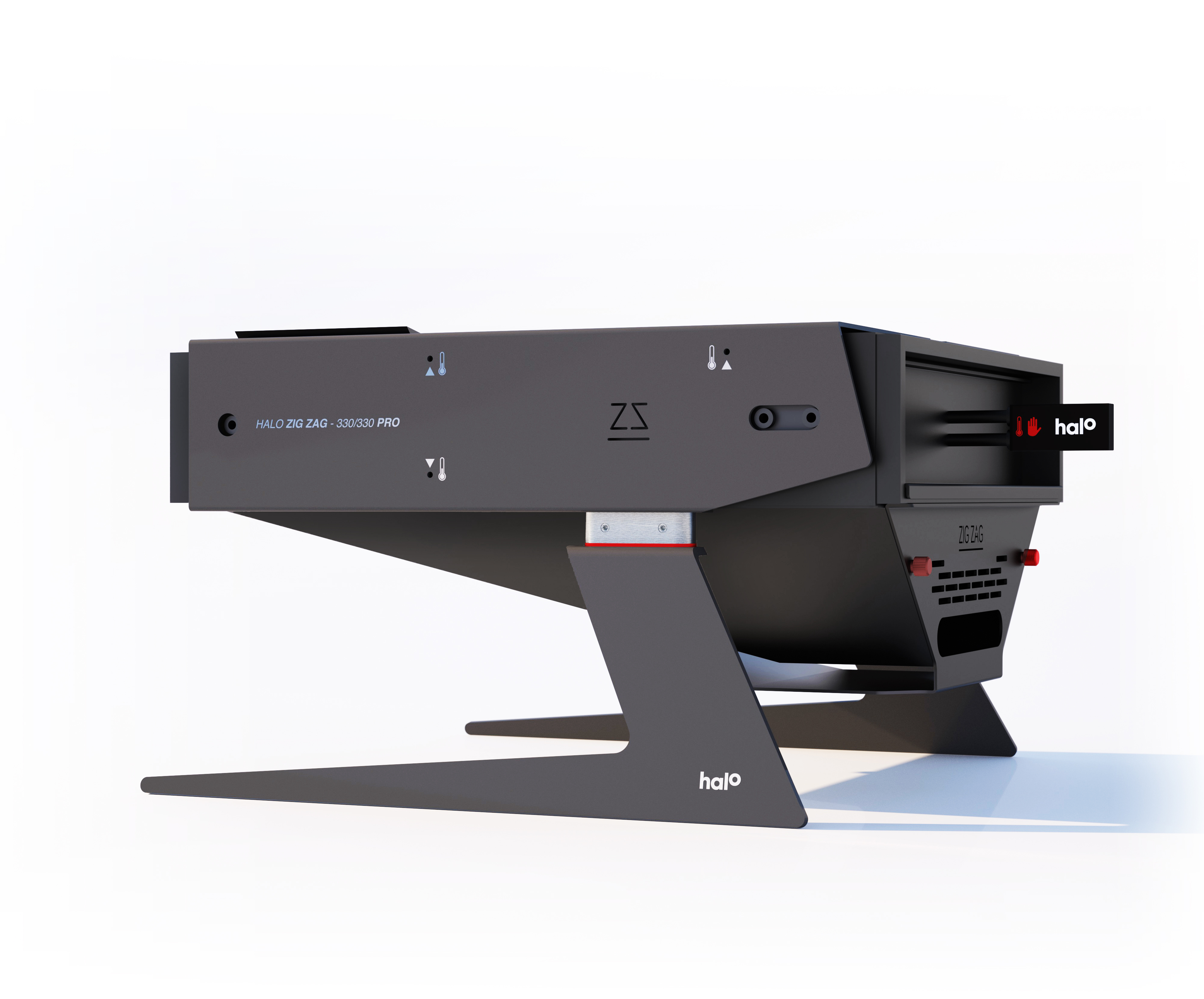 The Welshman who invented the coolest barbecue on the planet (literally!) has launched a crowdfunder for his latest product, the ZIGZAG.

Feted inventor John Tomalin-Reeves, 49, has spent the past three years designing and perfecting the ZIGZAG, a product set to revolutionise outdoor eating.

The portable outdoor oven comes hot off the heels of the cool to touch BBQ, Halo Cooltouch, which was also designed by John and made entirely in the UK. The Halo was dubbed ‘the Dyson of the barbecue’ by the Telegraph, featured in GQ magazine and was also sold in Selfridges.

His newest invention, the ZIGZAG, is an outdoor oven designed and made entirely in Wales. Whether it’s slow-cooked shanks, sizzled seabass or a speedy margherita, ZIGZAG is designed for budding chefs and enthusiastic cooks who enjoy the great outdoors.

An established designer, John has worked with everyone from Bentley to British Airways.

His newest product, the highly-anticipated ZIGZAG, features an innovative floating baking stone which allows flames to heat food from beneath as well as over the top to create an incredible dual heat source, speeding up cooking time and adding flavour.

This versatility enables you to cook everything from pizzas to pork chops whether you’re at home, on the beach or at the campsite.

On Thursday 28 March, John launched a crowdfunding campaign to help get the ZIGZAG into mass production and is asking for help from the people of Wales.

A little different to the usual entrepreneurs who ask you to back an idea on a crowdfunding site, the ZIGZAG is ready to go, and created by an already established designer.

But by backing the campaign, not only will pledgers be the first to receive the fabulous out-door oven, and at a reduced price, they will also be supporting local communities and families as once orders are underway, the product will go into mass production in Welsh factories.

Much of the product has been made in a family-run steel fabricators in Ferndale in the Rhondda. John said: “I love the fact that the ZIGZAG has been made within 25 miles of my home in Penarth. I’ve visited the factory literally hundreds of times in the last three years and that wouldn’t have been possible if it was made in China, but what it proves more than anything is that businessmen and women really need to look thoroughly at what’s under their noses.

“I’ve been amazed by the talent I’ve seen on these shores – there are some incredible businesses here doing some world beating things, and they need our support. Regardless of how you voted in the referendum, whether we’re in or out we should all be proud of what we pro-duce on this island and I’m here to show you that it’s possible to create a great product with-out having to go to the Far East.”

Backing the crowdfunding campaign, which has launched on Indegogo, will support British manufacturing and British jobs.

“It has taken me three years to develop the ZIGZAG – from the seed of an idea to the living and breathing product you can see today,” John added, “I want you to support our crowd-funding campaign so we can give a boost to the factories in Wales which have supported our development. They’re ready to make your ZIGZAG now!”

Factory boss, Jason Keetch, who runs the factory making the ZIGZAG, said: “It has been an absolute pleasure working on the ZIGZAG with John. The majority of our workload consists of manufacturing sub components for larger designs so we rarely get to make a recognisably finished product like this. Seeing first hand the progression of the design and working so closely with John on it has made this project feel extra special.

“My whole team are proud that the ZIGZAG is a fully Welsh product and that we have been a part of its story. We’re excited to see where it now goes!”

Those who pledge their support and buy a ZIGZAG in the first 60-days of the crowdfunder, which ends on Sunday 26 May, will benefit from an early bird price of £395. To find out more information and get yours, visit: igg.me/at/zigzag-oven.