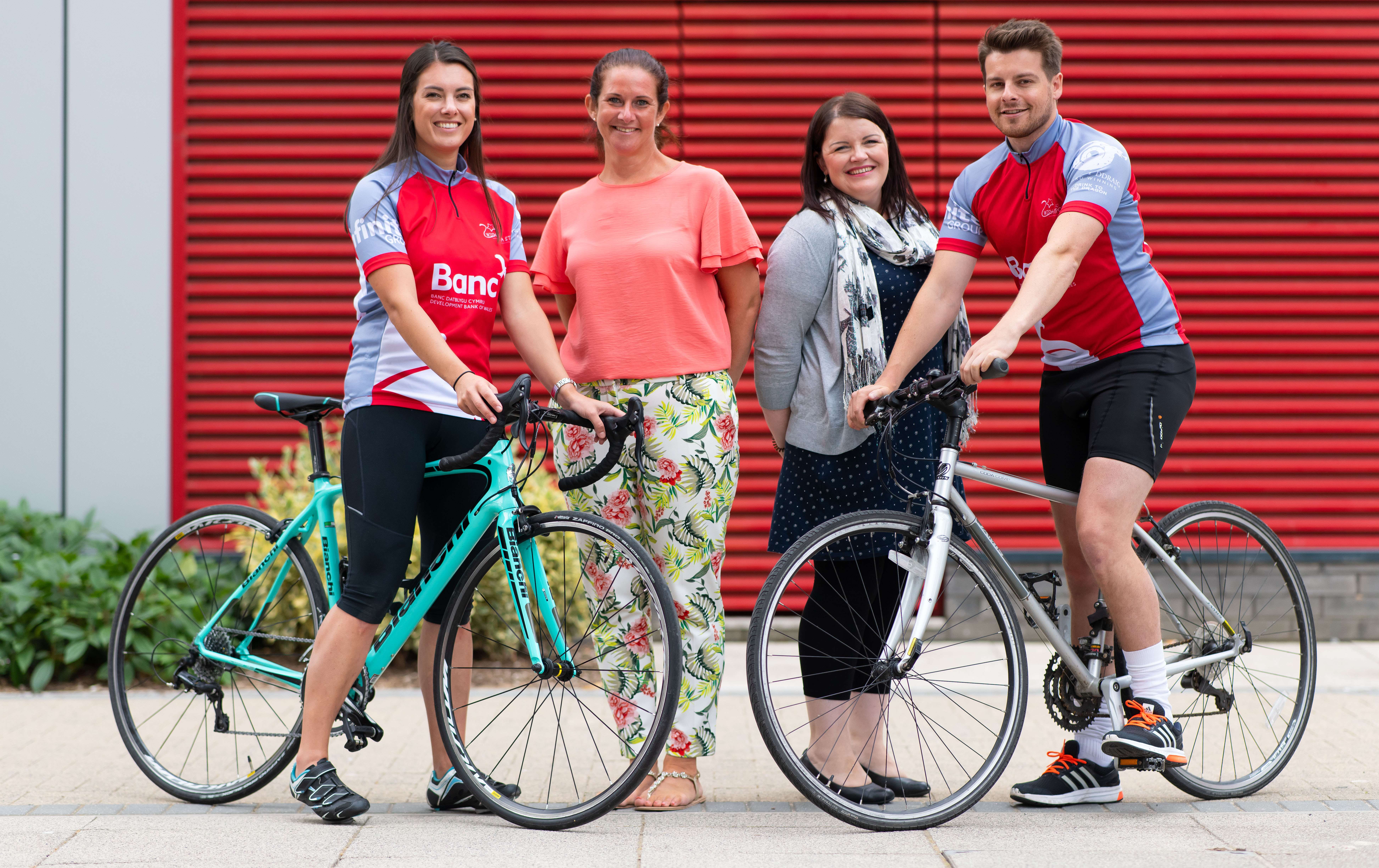 18 staff from the Development Bank of Wales completed a mammoth 280-mile cycling challenge, which incorporated all 22 local authorities in Wales. Their fundraising brings the total raised to £33,440 for 2 Wish Upon A Star, named charity of the year 2017/18.

Other highlights of the fundraising by staff during the year include a circus-themed charity ball, sports day, cake bakes, quiz and raffles.

She said: “We cannot thank the Development Bank of Wales enough for their amazing support over the last 12 months.

“Last year we supported 160 families who lost a child or young adult suddenly and this year we are receiving even more referrals. The money that the Development Bank of Wales has raised is helping so many. It’s providing memory boxes, helping refurbish bereavement facilities and supporting families through the darkest of times. Without support like this we really could not continue the work we do so thank you.”

It was Angels Invest Wales operations manager, Emma Phillips that first nominated 2 Wish Upon A Star as the chosen charity for 2017/18. She said: “It has been a fantastic year for fundraising and I’m incredibly proud of all that we have achieved for Rhian and the team at 2 Wish Upon A Star.

Sian Price, Strategy Team Manager, who leads our responsible business activities said: “Our fundraising makes a huge difference to the charities that we support. We also have a successful community outreach programme with two teams having participated in Business in the Community Cymru’s Action Days 2018. The Cardiff-based team volunteered to improve the playground at Ysgol Gymraeg Casnewydd, whilst the West Wales team undertook some DIY and gardening at Bryncoch Church in Wales Primary School in Neath. It was hard work but worth every minute of effort to see the end results.

“Our team really do embrace our charity and outreach work. We’ll now all be pulling together to raise much needed funds for the Cystic Fibrosis Trust as our charity for 2018/19.”

The Cystic Fibrosis Trust funds cutting-edge research, driving up standards of care and supporting people with the condition and their loved ones. Gemma Williamson, community fundraiser for the Cystic Fibrosis Trust said:  “I’m delighted we have been chosen as the Development Bank of Wales’ charity of the year and at the exciting plans they already have in place on our behalf.

“As a non-profit charity we rely on such support to enable us to carry on the fantastic work we do at the Trust working towards a life unlimited for all affected by Cystic Fibrosis. We would like to say a huge thank you to everyone.”