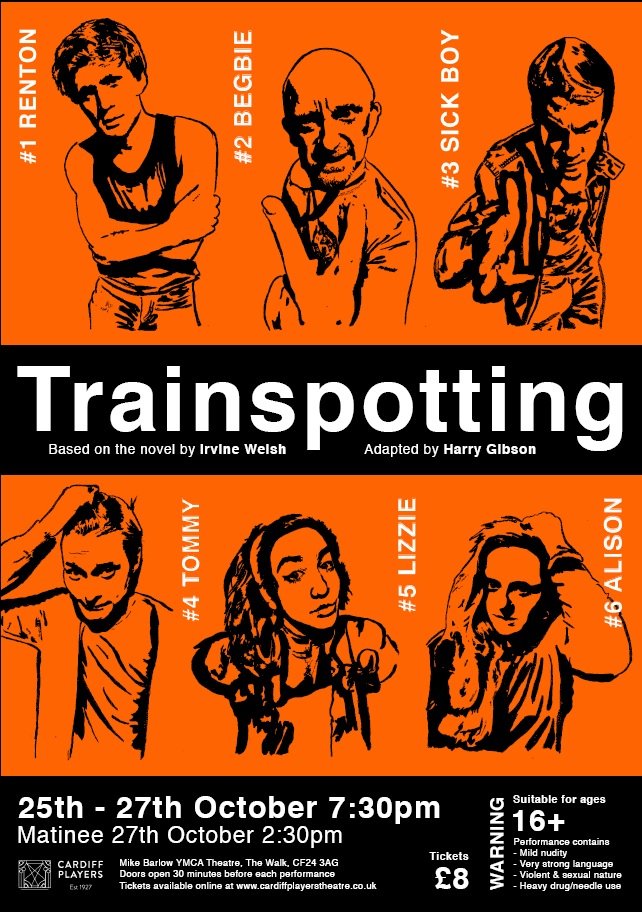 Our reporter Kate Morgan headed to Mike Barlow Theatre YMCA to watch and review their production of Trainspotting.

There’s simply no denying the captivating power of Trainspotting by Irvine Welsh. So far, it’s come to life as a book, a play, and a movie. However, it’s not an easy project for a director or actor to take on. It’s heavy subject matter and its bold, but coarse exposure of the corners of society’s ‘seen but not heard,’ creates an interesting challenge not for the faint-hearted.

Leanne Knibb, director of this Trainspotting production, along with a production team and a handful of actors, welcomed the challenge. Natalie Clack is flawless in her role as Alison (and also playing Lauren). She is a real pleasure to watch, and the strength of her performance amplified the power of the narrative, allowing the impact and fast pace to be felt fully by the audience. Natalie believes the reason Trainspotting resonates with so many people, regardless of its platform or medium, is that the characters are so real.

She says: “The characters are exaggerated slightly but you see snippets of people you know everyday; could be your brother, your sister, could be anyone. That’s why it’s still relevant and current.”

Joshua Ogle, playing Mark Renton, is another strong performer, giving Ewan Mcgregor (actor from the 1996 movie) a run for his money. His performance was utterly raw and honest, and he is entirely believable as a Scottish heroin addict dealing with the death, confusion and suffering of human life.

Trystan Davies is perfectly cast as Sickboy. Trystan portrays the pleasure and pain of addiction so realistically, his performance will leave audience members with a difficult-to-erase impression of a reality otherwise unseen.

Trystan says: “There’s something refreshingly grey about the characters. They’re not clear cut. We’re not showing a clear cut world here – good and bad – it’s grey, which is true to real life.”

Thomas Chilcott, as Tommy, is taking on his first major role with the Players, and after this performance I’m sure it won’t be his last. It is impossible not to form an attachment with his character; a direct result of how Chilcott commits to the role.

Thomas says: “The way we’re performing it resembles the way people tell a story to a mate, and the way we, as people, build up a dramatic narrative when storytelling.” 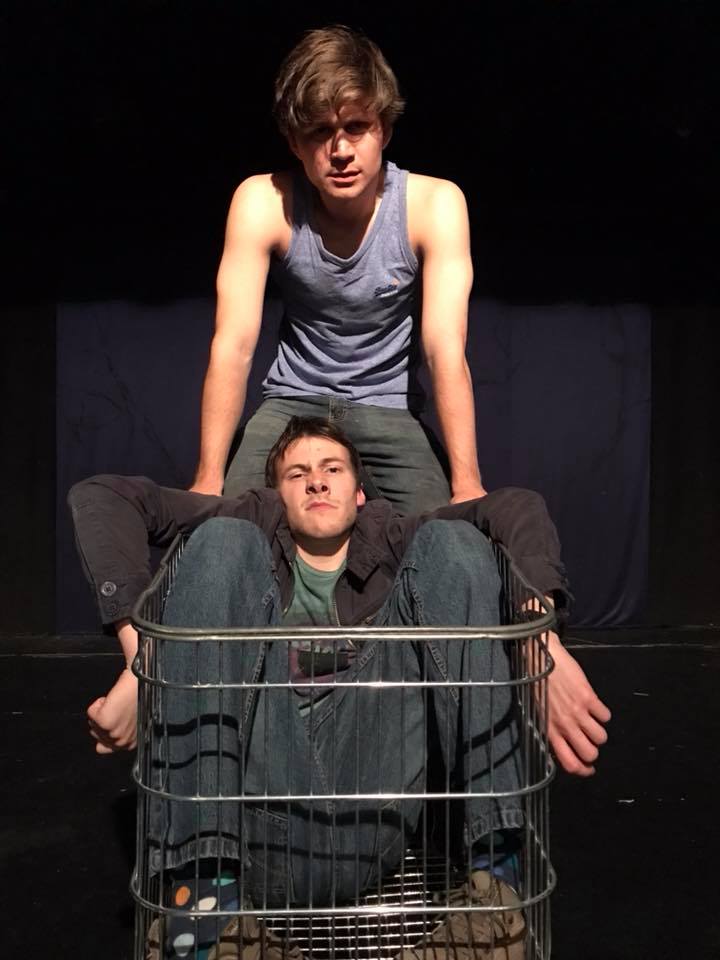 The whole cast, although small in number, are big in talent. The time and effort the team has poured into this project really pays off. They even hired a dialect coach to perfect their Scottish accents!

Director Leanne Knibbs says: “It took quite a lot of work. When it comes to doing the dialect, the cast were told that it needs to come naturally.”

Leanne’s interpretation of the script, and the choices she made creatively as a director, highlight the drama as well as the comedy in Welsh’s story. It came together as a well layered, complex piece of art. The human experience deconstructed and rearranged into a combined narrative that shocks, offends, pleases, and opens the mind. And it does all this while still making the audience laugh. The restaurant scene involving a used tampon and soup served to three business men will stay with me forever, as will the classic Tubthumping song by Chumbawamba.

Trainspotting will be on from 25-27 October at the Mike Barlow Theatre YMCA in Cardiff.
Definitely don’t take anyone under the age of 16 with you.
Strong language, mild nudity, and scenes of a violent and sexual nature.