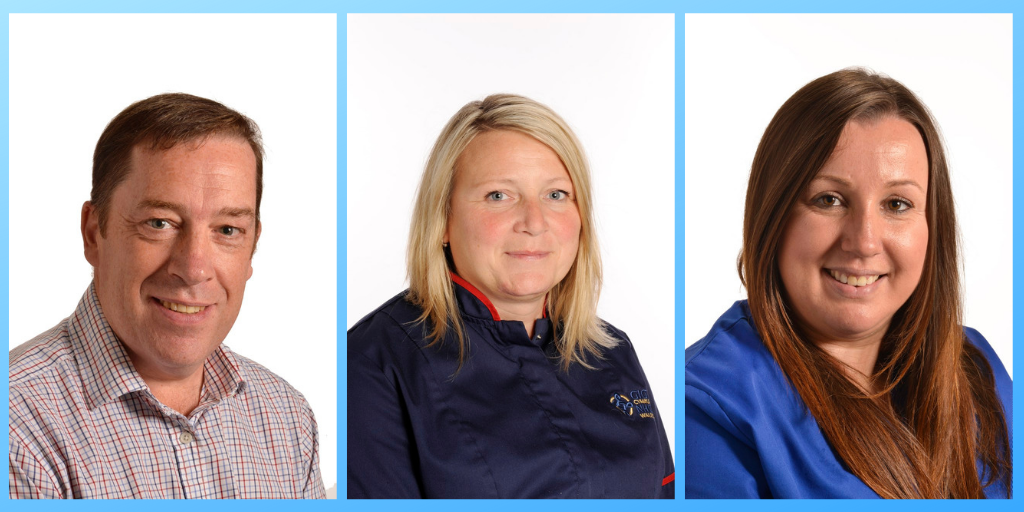 Cardiff and Vale UHB’s diabetes team based at University Hospital Llandough have been revolutionising the way patients with type 2 diabetes are cared for.

Diabetes affects around 5.6% of the population of Cardiff and the vale. Roughly 9 out of 10 people with diabetes have type 2 diabetes, a condition caused by problems with the production of the hormone, insulin.
Type 2 diabetes is a lifelong condition which can lead to serious health complications. However, it can be managed by taking artificially-created insulin.

Since 1996, the number of people diagnosed with diabetes in the UK has risen from 1.4 million to 3.5 million, a figure which is expected to keep rising.
The treatment of both types of diabetes and complications arising from them currently accounts for around 10% of the NHS’ budget in England and Wales.
Taking these dramatic statistics into account, it was clear to the team at Cardiff and Vale UHB that the time was right for change.

Since 2010, the team, led by Dr Lindsay George, Clinical Lead for Diabetes and Sarah Cornes-Payne, Senior Nurse for Diabetes, have worked to establish a community-based model of diabetes care and treatment.
Previously, it was the norm for patients to be referred from their GPs to hospital outpatient appointments. However, in 2010 specialist diabetes consultants began to develop strong working relationships with a number of GP surgeries across the region.

This allowed them to share their knowledge and skills with primary care staff who, in turn, passed this advice onto their patients and colleagues.
As this ripple effect spread, the team found that many patients were being prescribed a type of laboratory-created insulin, known as analogue insulin, which has been genetically altered to be fast-acting or to act for longer than regular insulin (human insulin).

The cost of prescribing analogue insulin is greater than for Human Insulin, especially in cases where patients have been taking it for a long time without review. Some may even take it for life. Currently, analogue insulin is about 30% more expensive than human insulin.

As many patients experience no extra benefit of taking analogue insulin, a timely intervention could be made to support them to switch to the more cost effective and equally clinically effective human insulin.

Therefore, the team were determined that there was more that could be done to improve patient care and prudent treatment; in 2015, they applied to Welsh Government to become part of their “Invest to Save” scheme.
This additional funding allowed the team to hire two diabetes specialist nurses, Sarah Merry and Lynne Sandhu, to begin working with primary care staff to identify patients in the community who were struggling to manage their diabetes and who were also taking analogue insulin.

With dedicated help and support in their local communities, patients were able to make the switch from analogue to human insulin. Very quickly, the savings made more than paid for the community nurses’ time allowing them to provide vital services in a convenient location for patients, simultaneously improving their experience and easing some of the pressure on hospital sites.

Further, the community nurses are able to provide education to patients, both in person and over the phone between their appointments, to help them manage their diabetes better, which has resulted in lower mean blood glucose levels and fewer complications.

Dr Lindsay George, Clinical Lead for Diabetes at Cardiff and Vale UHB, said, “Thanks to the Welsh Government’s Invest to Save scheme and by working in partnership with our colleagues in primary care and Lilly Pharmaceuticals, we have been able to make real progress in developing the care of diabetes patients in Cardiff and the Vale as we now work out of 58 practices across the area.”
“By putting the holistic needs of the patient at the centre of everything they do, the team have not only been able to save around £324,000 in cost-effective prescribing, they have overseen a mean reduction of 13.9mmol/mol in patients’ blood glucose levels and, over the two and a half years this project has been run, not a single patient on our books has deteriorated in terms of their glucose control.”

Len Richards, Chief Executive of Cardiff and Vale UHB, said, “In my opinion, we can all take inspiration from what this team have achieved. Rather than continuing to do something in the way it has simply always been done, by using their initiative and putting the needs of their patients first, they have truly transformed the care, and the lives, of hundreds of people living with diabetes across Cardiff and the Vale. Projects such as these are vital to ensure that we implement sustainable health services for the future and it is this kind of aspiration and will to be better, and to provide better services for our patients, that makes me very proud to be a part of this organisation.”

Rebecca Evans, The Minister for Finance and Trefnydd said, “This is a fantastic example of how our innovative Invest to Save scheme is supporting revolutionary new projects, making a significant impact on public spending and the lives of people living with diabetes across Cardiff and the Vale.”