TRANSPLANT SURVIVOR ELLIE LACEY TAKES ON HER NEXT CHALLENGE WITH BLACKS

“There were moments when fear consumed me and my instinct to live was frantic and desperate. There were also moments of total peace knowing I’d been lucky enough to travel, to really live, and to run all over the world.” 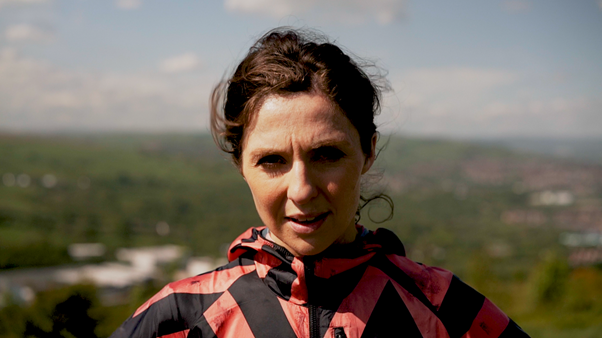 Ellie’s story is truly inspirational and she continues to inspire others with her latest challenge. In her new role as Ambassador for Blacks Outdoor, Ellie will be travelling to Austria to participate in the inaugural adidas Infinite Trails World Championship.

Ellie Lacey is a runner. If asked it’s how she defines herself: “I’m a runner. I run.”

And she does; nearly every day, whether in the gruelling Welsh hills of her adopted home or the jungles and misted mountains of East Africa, where she has established the Running the Rift Marathon. Running is Ellie’s life, and she’s incredibly good at it.

But for transplant survivor Ellie running is a gift, an opportunity to be cherished every time she laces up and hits the trails.

In January 2017, only weeks after returning from Uganda and a successful first staging of her Ugandan trail marathon, Ellie was lying in a hospital bed reeling from the news that her liver was failing. Without a transplant she had 48 hours to live.

She was rushed to the top of the Super Urgent Transplant list, though by that point the toxins fermenting in her system had reached her brain, leaving her confused and semi-lucid. Ellie could not recognise her husband. Her family had been tested and deemed unviable donors. There was nothing to do but hope and wait…

Thankfully a liver was found, though Ellie is under no illusion that it was at the cost of someone else’s life. She has clawed her way back to fitness with a determination fuelled by that recognition. It took Ellie only six months to progress from her first stumbling post-op steps to Gold, Silver and Bronze medals at the British Transplant Games. It’s testament to her resilience, her love of the sport, and her unwillingness to waste a single step.

“I was told in no uncertain terms that running and fitness had been a factor in my survival, buying me time, and I ached to have it back in my body, making me strong again.”

Following her recovery Ellie has swiftly resumed the mantle of race organiser in Uganda, with the third annual Running the Rift due to take place this November. She is back to running every day and uses both her status as a survivor and as a runner to promote organ donation.

Ellie’s next challenge will see her travel to Austria to take part in the first ever adidas Infinite Trails World Championship in her new role as Ambassador for Blacks Outdoor. She will be accompanied by two teammates, one of whom will be her husband Paul, himself and avid runner who has supported Ellie throughout her recovery.

Taking place from 21st-24th June 2018, the Infinite Trails is a brand-new trail-running Ultra Marathon with a team-oriented twist. Ellie will be the lynchpin of Team Blacks in a race that will see the team of three cover 124 kilometres and a total elevation of 7,400 metres in a single day.

It’s no small ask. Following a mere 20km “prologue”, each member of the relay-team will have to conquer their own section of the race, with distances ranging from 25km to a massive 57km. Arcing out from the state-of-the-art Event HQ, each race-loop will climb one of the soaring, and brutally steep, mountains that ring the Gastein Valley. Ellie and her teammates will encounter waterfalls, suspension bridges and exposed ridges on their way to a dizzying summit. It will be breath-taking in every sense of the word.

“Nothing else could make me feel more alive than challenging myself in the mountains, and this is going to be one unbelievable challenge in one magnificent mountain range!”

“We’re proud to be working with Ellie; she has such an incredible story and message to share, and we’re delighted to welcome her as a Blacks Ambassador.”

“It’s an honour to be running alongside Ellie on what is set to be one of the toughest and most thrilling physical and mental challenges the team has faced.” 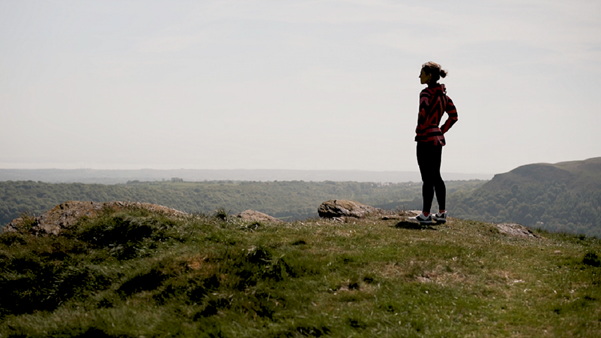