Following its successful campaign to prevent women being removed from the Politics A-level, the Women’s Equality Party is once again calling on the Government to backtrack on its education policy.

“We are asking the Secretary of State for Education to look again at the syllabus for the Philosophy A-Level and AS-Level, neither of which feature women,” said WEP leader Sophie Walker today. “It is frankly embarrassing that the syllabi for these two courses were approved without anyone noticing the absence of women thinkers – particularly given that the Department for Education has been headed by a woman since 2014.”

Walker is backing teenager Zishi Zhang’s online petition which calls on exam board OCR to introduce female philosophers to its A-level courses. Walker said it was up to Justine Greening to lead by example and show her commitment to gender equality, asking her to use her powers as head of the Education Department to change the curriculum for 2016-17. 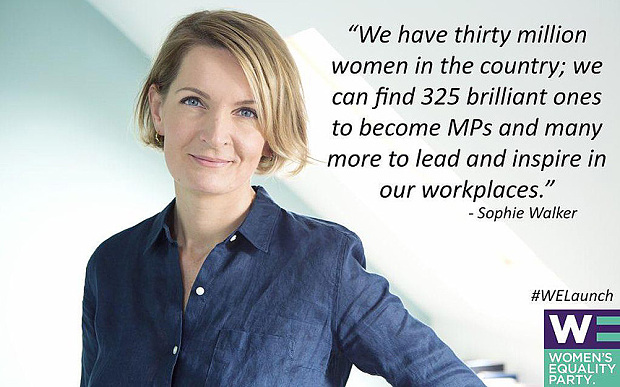 “The OCR is not the only exam board to have designed an A-level course that entirely omits women’s contributions from the history of philosophical thought,” she said. “It is essential that young people are taught to understand the world by examining it from a range of perspectives, and the Education Secretary has a responsibility to ensure such diversity of thought and teaching. That’s why we are calling on Justine Greening to commit – today – to changing the syllabus on all A-Level and AS-Level Philosophy courses for the next academic year.”

Zishi Zhang, who is the Chair of Lincolnshire Youth Cabinet and Deputy Member of Youth Parliament for Lincolnshire, has recorded a video message for the Education Secretary on behalf of the Women’s Equality Party. He added: “At this time of political turbulence, young people are very aware of the importance of hearing views from more than one perspective. Together we should use collective human knowledge to build a more harmonious and tolerant future. It is essential that women’s voices are heard as part of that process.”