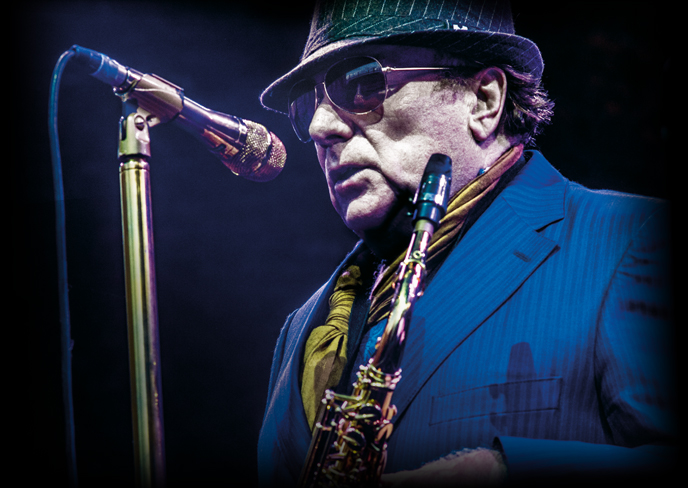 LEGENDARY singer-songwriter Van Morrison returns to St David’s Hall on Monday 20 November 2017 with what promises to be an incredible career-spanning set.

Plus, tickets for the eagerly anticipated show are already on sale!

Van Morrison started his career as a teenager in the late 1950s covering the top tunes of the day in various groups around Belfast. He then rose to prominence in the mid-1960s as the lead singer of the Northern Irish R&B band Them, with whom he recorded the classic single Gloria.

Yet, it was as a solo star that Van Morrison’s career sky-rocketed when he released the hugely popular Brown Eyed Girl in 1967. His seminal albums Astral Weeks and Moondance further enhanced his reputation, whilst It’s Too Late to Stop Now captured the mystical and transcendental experience of his live concerts.

Much of his music is structured around the conventions of soul, but he’s renowned for being chameleon-like in his ever-changing styles; encompassing blues, rock, country, jazz, gospel, skiffle and traditional Celtic sounds.

Even in his early days, it was clear to see his influences such as Muddy Waters, Hank Williams and Lead Belly. Through his vast body of work, Van Morrison went on to amass a legion of fans including the likes of Tom Jones and John Lee Hooker with whom he subsequently collaborated. Plus, the breadth and reach of his work continues to gain new followers with his 36th studio album Keep Me Singing (released in September 2016), which received the same widespread critical acclaim as ever.

Since 1958, he’s enjoyed a staggering career of countless accolades including six Grammys, a BRIT Award for Outstanding Contribution to Music, an OBE, an Ivor Novello and an induction into the Rock & Roll Hall of Fame. Armed with one of most revered back catalogues in history, Sir Van Morrison is one of music’s true originals.

Wheelchair users plus one companion are £46.50.