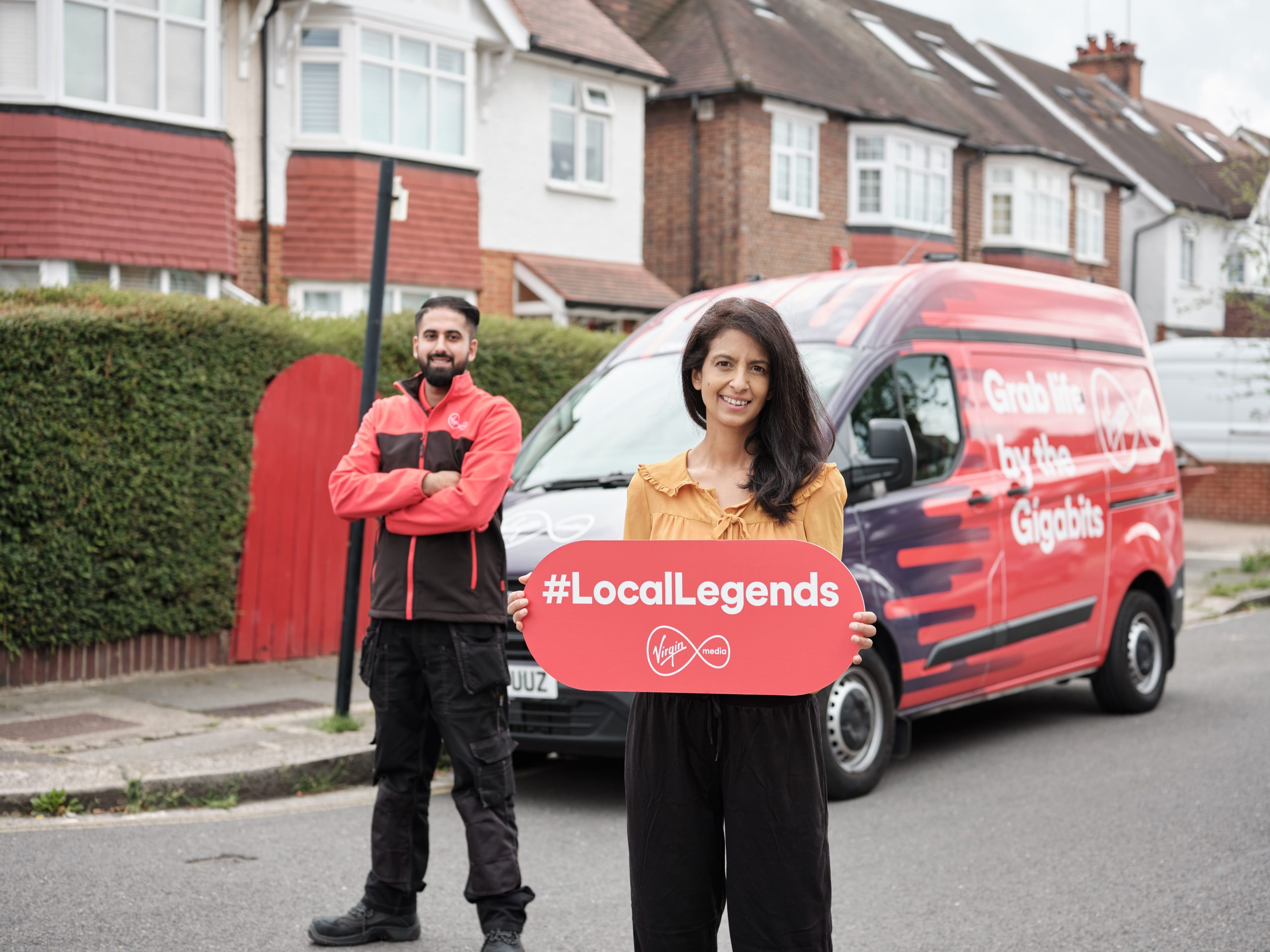 Virgin Media is on the hunt for Cardiff and South Wales’ unsung hero; an individual, organisation or community group, which has gone the extra mile during the pandemic and has made a huge difference to people’s lives.

They could be recognised and rewarded for their efforts with an incredible technology makeover worth up to £10,000. The winner will be decided by a panel of judges, including the nation’s hero, Captain Sir Tom Moore, TV presenter, Konnie Huq and others.

Virgin Media is asking for people in South Wales to nominate their ‘Local Legends’ – the individuals, community groups, or not-for-profit organisations who have made a significant contribution to those around them. The company wants to hear about those who have gone above and beyond to help others during the past months, and who deserve to be recognised for their efforts.

Virgin Media is offering a complete tech transformation: the winner will receive Virgin Media’s blisteringly-fast Gig1 broadband for two years, as well as a personalised technology makeover so they have the latest gadgets to make the most of their next-level connectivity.

To date, four ‘Local Legends’ have been crowned across the UK with Virgin Media awarding individuals and community groups in Edinburgh, Glasgow, Leeds and Liverpool with this incredible prize.

Entries will be shortlisted and a specially selected judging panel including 100-year-old, Captain Sir Tom, his daughter Hannah Ingram-Moore, and TV presenter and author, Konnie Huq, will be tasked with selecting Cardiff and South Wales’ winner.

The campaign has launched in Cardiff and South Wales following the recent switch on of next-generation gigabit connectivity across the country. People across the province can now sign up to Virgin Media’s Gig1 broadband offering average download speeds of 1,140Mbps.

We’ve heard many heroic tales over the past year in communities up and down the country that have come together to help one another through this difficult time. This includes individuals like Captain Sir Tom whose incredible achievement of walking 100 laps of his garden raised £38.9 million for the NHS.

Virgin Media wants to hear from people in Cardiff and South Wales about the ‘Local Legends’ in their area who deserve to be rewarded and recognised. It could be a teacher or NHS worker who has stepped up to serve their community, a neighbour who has kept the street entertained with a weekly virtual quiz, a fundraiser who has raised money for a worthy cause, a community group which has rallied together to deliver food parcels for people who are shielding, or a moment of kindness that simply needs to be recognised.

As a result of Covid-19, nearly half of people in Wales (45%) say there are heroes in their community who deserve to be recognised for the role they’ve played during the pandemic. Seven in 10 (69%) say they have been inspired by those working on the front line, with doctors and nurses, supermarket workers and emergency service workers named as the people who have  gone the extra mile during the pandemic who should be recognised for their efforts. The pandemic has also made people more altruistic, with a quarter (25%) saying they have helped someone in their community, such as checking on a neighbour or offering to get someone shopping.  As a result, a third (33%) say they now feel more connected to their community and four in 10 (37%) of residents say that people have been kinder over the past few months.

“It’s been a privilege to be on the judging panel to find the UK’s Local Legends with Virgin Media. We’ve already recognised some truly inspirational people as part of the campaign and I’m looking forward to finding Cardiff and South Wales’ Local Legend. We want to hear from more of those who have witnessed someone in their community who has done something incredible and deserves recognition. It’s always tough to pick a winner but I’m looking forward to hearing about people’s acts of kindness and hope they will feel suitably special to have been nominated.”

“I’m so excited to be helping to find Cardiff and South Wales’ Local Legends with Virgin Media – we’re talking about unsung heroes who have gone above and beyond to make a difference to people’s lives in these tricky times. We’ve all witnessed acts of heroism and kindness, and this campaign gives everyone a chance to recognise and thank those people for all they’ve done. I can’t wait to see the entries – get your nominations in now.”

“I’m delighted to join Captain Sir Tom Moore and the other judges to look for Cardiff’s Local Legends who have done so much for their communities and neighbours throughout this terrible pandemic. Cardiff is one of the friendliest cities in the UK and I know there will be some remarkable and uplifting stories and I can’t wait to hear them. If you have a friend or know someone who has helped you out or who has done something remarkable for your community, don’t hesitate to let us know.”

“Our Gig1 Local Legends campaign is all about recognising any remarkable feat, whether big or small, that has occurred over the past nine months in Cardiff and South Wales. We are providing some incredible prizes, such as free gigabit broadband for two years, as well as tech gadgets worth up to £10,000 so get nominating your Local Legend!”

People can nominate their Local Legend by visiting www.virginmedia.com/locallegends. The competition closes at 11.59pm on Monday 8 February.