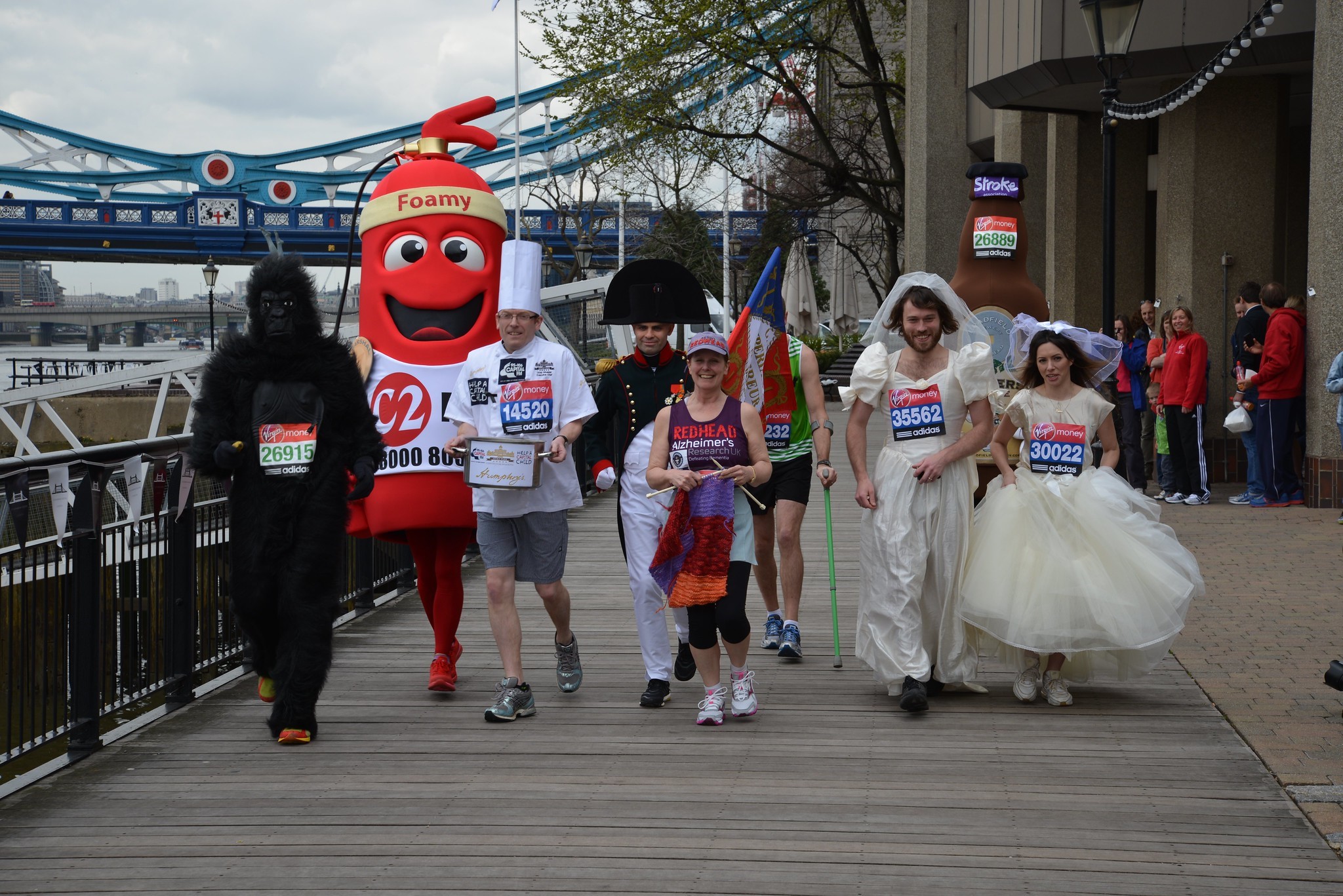 CHARITY cash raised at the 2019 Virgin Money London Marathon is on target to smash previous years – with donations through the Official Fundraising Partner up by a FIFTH on 2018.

Donations through Virgin Money Giving are already up by a fifth on 2018, when £24.8m was raised, contributing to the overall event total of £63.7million – a world record for an annual single-day fundraiser for a twelfth successive year.

The average raised per runner last year through the Virgin platform was £2,100, and organisers expect that to rise significantly for this Sunday’s event.

Meanwhile, research by London Marathon sponsor, Virgin Money, to find out what drives people to run a marathon shows that raising money for charity close to their heart was the main motivation for a fifth of those who have run one, while the same number did it for a personal challenge.

That’s compared to 22% of men and 14% of women who are inspired to run purely for the enjoyment of running. 12% of marathon runners have taken on a marathon to improve their fitness, whilst other personal goals like weight loss (9%) and mental or emotional health benefits (9%) are also big motivators. 10% of marathon runners find motivation in honoring a lost loved one.

Over two thirds (67%) of young Brits have running a marathon on their ’bucket list’ and of those surveyed 24% of men have already run one compared to 11% of women.

For marathon virgins, their biggest fear of participating in the event is not being fit enough (63%). Just over a quarter (27%) feel apprehensive about the amount of personal time training would require and another quarter (24%) cite fear of failure as a barrier to participation.

The cost of the preparation for the event also raises a few concerns, with people feeling that if they are going to do it, it should be done properly and with the right training and equipment. Within the list of items needed, 43% feel that healthy eating is a priority, followed closely by purchasing a new pair of running shoes (33%), stocking up on gels and energy drinks (27%) and buying a heart monitor such as a FitBit (16%).

58% of those polled feel that running a marathon would have zero negative effects on their life however for 16% of people there is concern that marathon training would negatively affect personal relationships and their sex life.

Over a third of the respondents are prepared to change their lifestyle and cut down on their eating and drinking habits as well as socialising in order to prepare for the event. Over a third are happy to cut down on things like alcohol and eating sweets or eating treats (34%). 28% would give up having late nights, while 17% would give up smoking and 16% would avoid partying.

Running in fancy dress is a huge part of this annual fundraising event. A fifth of the respondents feel that if their friends or family participate in the marathon dressed up, then this would encourage them to donate to their cause.

The most popular fancy dress choices people feel would motivate friends and family to sponsor are:

Louise Hodges, Head of Consumer Communications at Virgin Money, said: “The psychology of running is fascinating and the reasons people choose to take on a marathon are innately personal and unique. Our research shows however that running with a purpose and cause in mind is the most motivating influence on both the runner’s motivation and the support friends and family offer them. We are delighted that this year’s fundraising efforts look set to smash all previous year’s records for the Virgin Money London Marathon.  Whatever their motivation we wish each and every runner every success at Sunday’s event and are so grateful to them all for going the extra mile for their chosen charities and causes. These are the heroes of the day and the reason why the marathon is an iconic event every year.”

* A survey of 2,000 Brits by London Marathon sponsor, Virgin Money, was conducted by Atomik Research between 6-9 April 2019.

For more information on the visit https://www.virginmoneylondonmarathon.com/en-gb/