– The cinema will host the first ever 4DX auditorium in Wales – 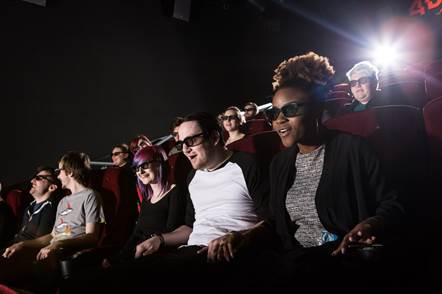 Today, Cineworld Cardiff has announced it will be the first cinema in Wales to house 4DX, a revolutionary and immersive cinematic experience. Following on from the successful launch of 4DX in the UK in 2015, the new experience is set to launch on 16th September 2016.

Introduced from South Korea and considered to be the biggest innovation in cinematic technology, the Cineworld Cardiff 4DX auditorium will stimulate all five senses through high-tech motion seats and special effects such as wind, fog, lightening, bubbles, water, and scents. Available in both 2D and 3D formats, 4DX, which is exclusive to Cineworld in the UK, works in perfect synchronicity with the action on screen – creating the most exhilarating cinema experience yet.

4DX has been adopted by the big Hollywood Studios with more than 300 movies, including recent blockbusters such as Independence Day: Resurgence, and Suicide Squad,screened in 4DX. The hotly anticipated Blair Witch will be one of the latest films available in 4DX and will be screened during the opening weekend at Cineworld Cardiff.

Receiving ‘Cinema Innovation of the Year’ award by I3DS (International 3D & Advanced Imaging Society) in 2014 and the ‘Elison Award’ Silver prize in 2015, 4DX has also been highly praised by famous film directors such as Alfonso Cuaron of Gravity, who showed interest in making future projects in 4DX.

The 4DX auditorium, which is currently under construction – will house 152 specially designed seats, plus a curved screen measuring 12m by 5.1m – bigger than a double decker bus. The 15-screen cinema will also be introducing Superscreen.

Superscreen will be another first in Wales, seating 409 people, and will include a wall to wall screen reaching the ceiling, dual projectors giving a brighter 3D experience and breath-taking multidimensional sound with Dolby Atmos speakers, powered by 36 amplifiers. The Superscreen will also open to the public from the 16th September 2016.

Rich Barnes, General Manager at Cineworld Cardiff, comments: “Nearly 150,000 4DX tickets have been sold since launching last year and cinema-goers have absolutely loved it, so we’re thrilled to be opening the first 4DX in Wales. There’s nothing like it in the area and it’s totally exclusive to Cineworld. We cannot wait to see customers’ reactions when they try it out in September!”

“We are always looking at the latest innovations in technology, and with our offering now including 4DX as well as Superscreen – another first for Wales – we are giving customers more choice to watch a movie how they want. We’re confident Cineworld Cardiff will be the best place to watch a movie.”

Byung-Hwan Choi, CEO of CJ 4DPLEX, added: “Following on from six very successful launches at Cineworld sites across the UK, we’re delighted to be bringing 4DX to Wales.In a strong and close partnership with Cineworld, together we plan to deliver this fantastic proposition even further over the coming year.”

The Cineworld Cardiff 4DX auditorium will open to the public on 16th September 2016 with 4DX tickets going on sale from late August. To book tickets and for further information on Cineworld Cinemas, please visit www.cineworld.com.