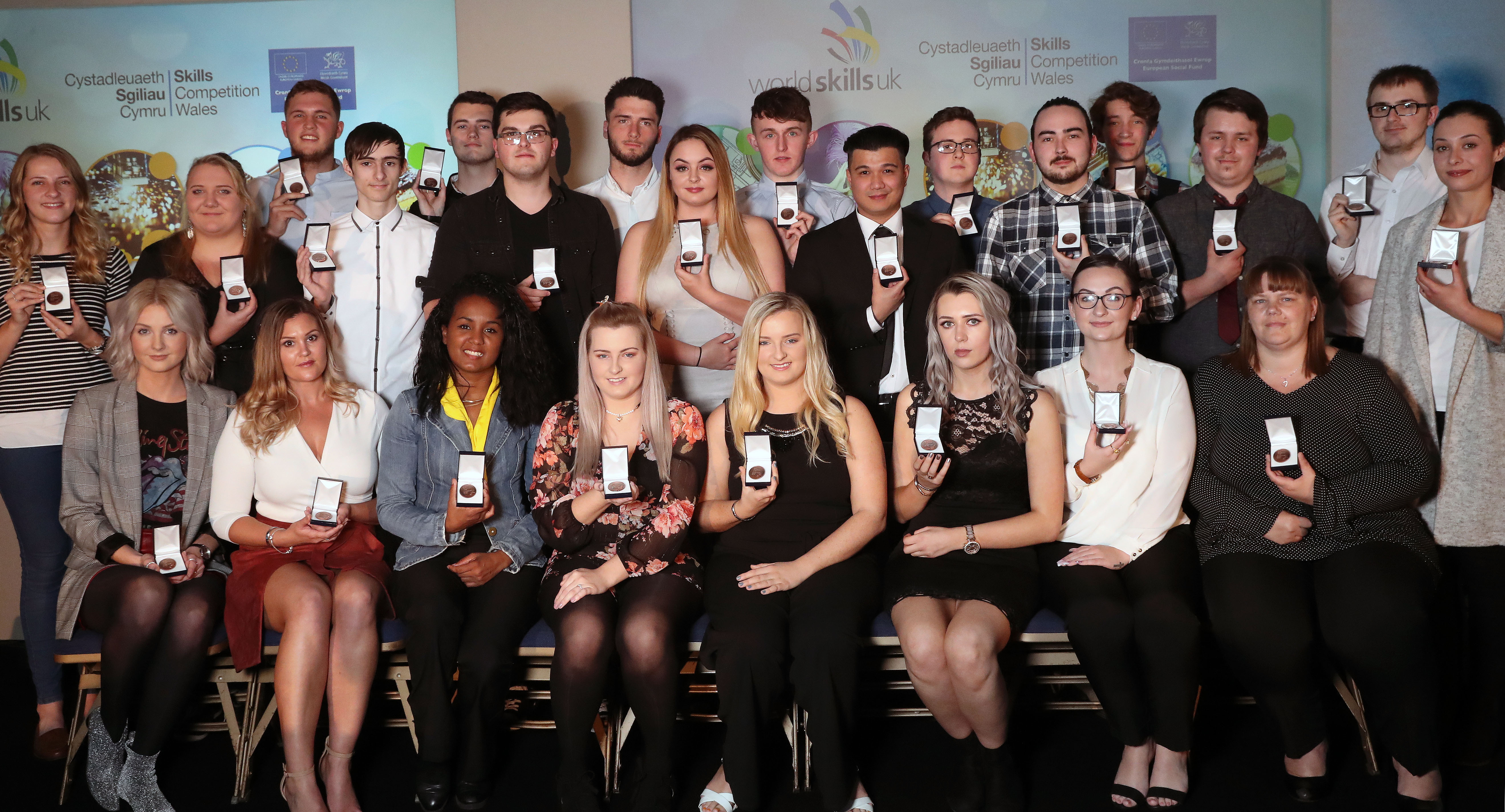 Young people from across South Wales have been recognised at an awards ceremony celebrating the most highly skilled Welsh learners, students and apprentices.

24 young people were presented with medals recognising their talent and achievements as medal winners in this year’s Skills Competition Wales finals, where they were named the best in their skill.

The competitors have spent the last few months battling it out against their peers in more than thirty different skills, from patisserie, aeronautical engineering and plastering, to visual merchandising, videography and beauty therapy.

Backed by the Welsh Government through the European Social Fund, Skills Competition Wales is a series of events held in colleges across the country, designed to celebrate vocational skills and create highly skilled, award winning employees for the Welsh workforce.

The successful Welsh competitors could now have the chance to represent Wales against more than 400 youngsters from across the UK at the WorldSkills UK national finals, held at The Skills Show in Birmingham’s NEC.

Competitors who excel at The Skills Show, may then go on to compete against the world’s most talented as part of TeamUK at the international WorldSkills competition in Kazan, Russia in 2019.

The competitors also attended a celebratory dinner where Barry Liles, Skills Champion and Principal of Coleg Sir Gâr, spoke to the youngsters about the opportunities available as a result of being part of the WorldSkills family, from personal expert tuition and work experience opportunities to international travel.

Minister for Skills and Science, Julie James, said: “It’s so important to recognise the achievements of talented and passionate young people in Wales. Events like these are the perfect opportunity not only to recognise and congratulate their commitment, but also to inspire the most skilled youngsters in the nation to continue their WorldSkills journey.

“Any one of these competitors could go on to become an international champion, representing Wales as part of TeamUK. Earlier this month we saw four Welsh youngsters travel to Abu Dhabi to showcase their skills on a world stage, with two of them being awarded medallions of excellence.

“These youngsters are on their first step towards successful careers as experts in their industry, and show that Wales has a highly skilled future workforce. I would like to wish each of them the very best of luck at the next stages of both the competition and their futures.”

To register your interest for the next cycle of WorldSkills UK Competitions, visit www.worldskillsuk.org