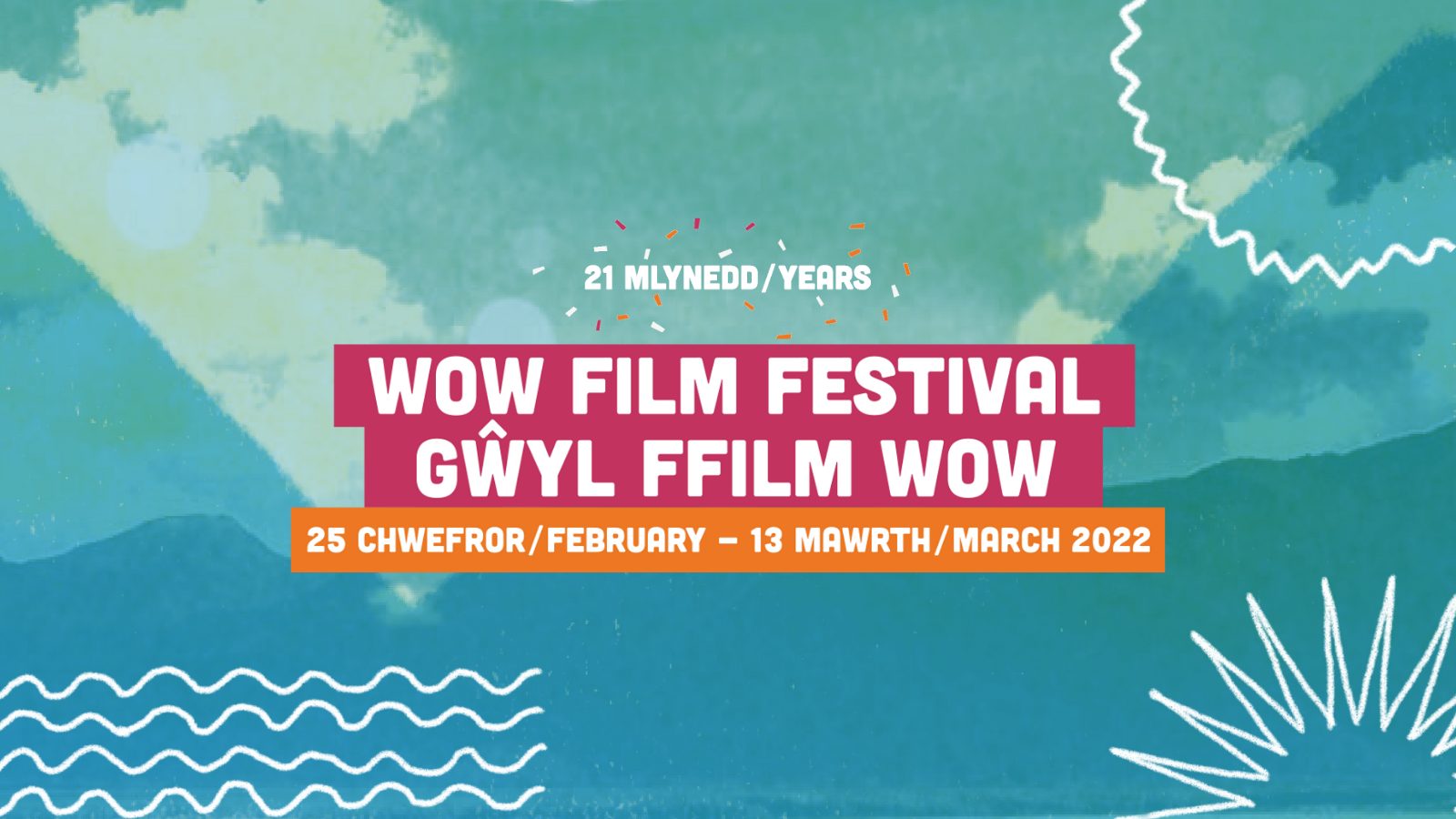 Presenting 21 festival favourites from across the world online between Friday 25 February and Sunday 13 March. 21 years, 21 films, 21 tickets to travel to far flung places to enjoy stories to share with family and friends.

With strands like ‘Reasons to Be Cheerful’, ‘Weird & Wonderful’, ‘Female Voices’, ‘Ecosinema’, & ‘Teenage Kicks’, there’s something for everyone to savour. Our partner festivals – Abertoir International Horror Festival, Iris LGBT+, and Native Spirit Festival – have chosen a selection of their favourite short films for you to dip into too.

One of the hottest tickets is for MADE IN WALES, a collection of the latest short films made by young Welsh talent that was selected by a group of young creative operating under the banner of Ffilm Ifanc.

“I’m elated to be one of the WOW Wales Festival’s ‘Made in Wales’ programmers. I became a programmer for WOW through Ffilm Ifanc, a collective of filmmakers that have been working hard to represent young Welsh people through film.” says Osian Andrew. “It’s been a wonderful experience to watch films by talented people in & from Wales. It’s exciting to be part of a great festival that has allowed us to showcase a range of stories through the medium of film.”

To ensure they make the films available to young people and, indeed, everyone, WOW operates a ‘Pay What You Can’ approach to ticket pricing that means tickets are available for as little as £2. Though they’d be very grateful to anyone who gave a little more so they can keep the festival running for another twenty–one years.

More than half the films are UK online premieres, so there’s the chance to be among the very first people to see these terrific films in the UK. With films from countries whose films you rarely get to see on screen like Ukraine (Stop–Zemlia), Kazakhstan (18Khz) and Taiwan (Listen Before You Sing), there’s a chance to glimpse life behind the news headlines.

Festival Director, David Gillam says: “It’s hard to believe that we started the festival back in 2000 with the aim of showing films from places you’d otherwise never get to see on screen. Thanks to the wonderful support of our audiences over the years we’re still going strong, searching out undiscovered gems from unexpected places. I watch a lot of films so you don’t have to. It’s always really exciting when I see something I just know that our audiences will love. This year we’re screening online across the UK again so are glad to be welcoming new faces to the party to celebrate the wonderful diversity of stories we’ve selected from across the world.”

Among the events coming up during the festival are Q&As with film directors from Bangladesh and Brazil as well as Wales. And a panel discussion entitled ‘From Chaos to Hope: Radical Responses to the Anthropocene’