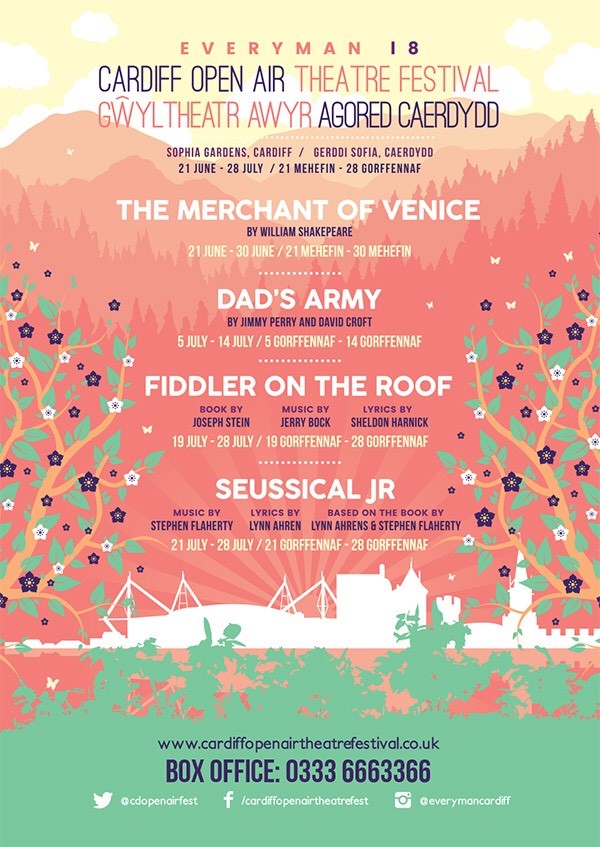 This festival provides theatrical productions of the highest quality yet without the elitist price tag. Affordable theatre in the heart of the city centre for everyone!

Proud Winners at The Cardiff Life Awards in the Event Category. This is the summer event in Cardiff not to be missed! 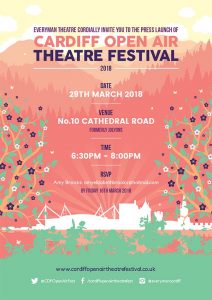 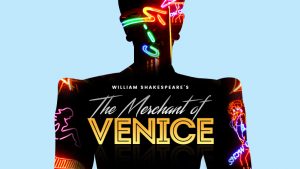 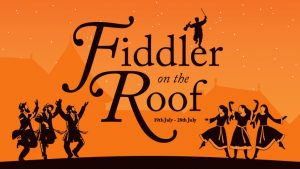 2018 Productions
• The Merchant Of Venice (21st June – 30th June)
Shakespeare’s Comedy of Love, Sex, Power & Revenge.
Money! Portia has it, Bassanio wants it, Shylock loans it, Antonio borrows it.
Directed by Simon H West, his 14th Production for the Festival!

• The Rocky Horror Picture Show Film Screening (Sunday 1st July)
A new experience at the festival! A screening of the riotous and raunchy Rocky Horror Show! From the producers of the smash hit “Sing-a-long-a Sound of Music”
SING-A-LONG-A
ROCKY HORROR PICTURE SHOW (12)
The Campest Cult Classic of all time gets the Singalonga treatment it’s been SCREAMING for! Featuring the film, starring Tim Curry, Susan Sarandon, Meatloaf and Richard O’Brien, it’s the most outrageous, riotous, kitsch, wonderful romp ever. If you’ve done The Time Warp before, you’ll never have done it quite like this!

The evening begins with your host leading a vocal warm-up before they show you how to use your free interactive props bag. Fancy dress is not obligatory but highly recommended!

• Dad’s Army (5th July – 14th July)
Don’t Panic! The Homeguard will be marching into Sophia Gardens this summer. This much loved British sitcom has been specially adapted for the stage and has all your favourite Walmington On Sea platoon members. Directed by Peter Doran, 2017 Best Director for Belonging at the Wales Theatre Awards.

• Hello Cabaret In The Park (Sunday 15th July)
Back by popular demand! A celebration of musical theatre showcasing re-imagined classics and hidden gems.
Performed by a selection of professional musical theatre actors, this sell out event last year was a huge hit at the festival.

• Fiddler On The Roof (19th July – 28th July)
A heartwarming and hilarious musical that will delight audiences. Tevye & the colourful community of Anatevka witness his daughters fall in love in a time of extraordinary change.
Directed by Richard Tunley, Royal Welsh College of Music & Drama, & Musical Direction from Rob Thorne Jr, the creative team that brought you 2017’s smash hit ‘Spamalot’!

We are delighted to welcome back The Grazing Shed and their Super Tidy Burgers to The Festival Theatre Courtyard this year. Our Festival Bar will be open an hour before each performance to whet your appetite.

Undercover seating is provided prior to the performance, and don’t forget our audience stand is fully undercover and sheltered from the Great British summer weather…it’s only our actors who get wet!