The men’s squad secured their place at the games after a phenomenal rise in the recently released, FIH World Rankings; which saw them peak the climbers list by a staggering 8 places; sitting them comfortably at 24th in the world.

After kicking 2017 off with a string of strong performances; and a considerable early rise in the rankings to 26th in the world on the back of World League round 2 in April, the women’s side firmly held on to their spot after a solid showing at this summer’s European Championships held in Cardiff where they finished fourth.

“We’re absolutely thrilled to have qualified for the games. Qualification to such a high profile, multi-sport games is both exciting and well deserved after a successful couple of years. We are looking forward to competing on the world stage against the likes of South Africa, Australia and India”.

Men’s team Captain, Luke Hawker relayed how both teams strive to play in competitions like the Commonwealth Games

“We aspire to play in competitions of this nature on a regular basis and subsequently this is seen as a significant milestone in our progress as a group.. I have no doubt that representing Wales on the global stage  and the experience of this will assist us  in preparing to meet the demands of what is to come in the European Championships in 2019”

“To represent your country on the biggest of stages is the ultimate ambition for all aspiring athletes when they set out on their path, and for both our squads to achieve qualification in back to back games is a huge achievement for them as individuals and as a squad, and one that we are extremely proud of. We are thankful of the support from the Commonwealth Games Council for Wales and we have every confidence that our athletes will represent Wales at the Games with the upmost pride and will relish the opportunity to play their part in Team Wales’ campaign”

Head Coach of the men’s team, Zak Jones shares his relief after a period of uncertainty

“It’s been a difficult few months, what with the uncertainty of not knowing if we would be going or not. Having worked so hard over the past 18 months and having consistently produced strong performances in WL1, WL2 and the Euros it would have been very hard for the athletes to take if we had not qualified.  The group have learned, grown and developed so much during this period and I feel that it is just reward for all their effort, passion and engagement with the programme and process.  The CWG provides us with another fantastic opportunity to test ourselves against higher ranked teams, in the different, unique and challenging environment that a major multi-sport event presents. There is still much hard work to be done and hurdles to be overcome as well as the difficult task of selecting the final group that will represent Wales on the Gold Coast.  However, everyone is very much looking forward to the challenge and to raising the bar once again.”

The 2018 Games play host to the second overseas Commonwealth Games where both Wales men and women will compete side by side; the first being in Malaysia in 1998.

Wales women have the privilege of opening the games; being first up; playing against India. Their Head Coach, Kevin Johnson explained how this is an opportunity all will relish…

“The Commonwealth Games provide us with a unique yet valuable opportunity to test ourselves against some of the most well-known and highest ranked teams in World Hockey, something both the players and staff will relish given the progress we continue to make as a group. Since we last met, I have been encouraged to see so many of our players push themselves in their club Hockey environments and I look forward to seeing them in our upcoming training block as motivated as ever to work hard and make the most of the opportunities that lie ahead.

Qualifying for the Commonwealth Games also gives us the opportunity to line up proudly as part of Team Wales, which is a great honour for all involved, as part of a major multi-sports event. After capturing public interest for our sport locally this Summer in hosting the European Championships, we are hoping that being part of this event allows us to gain more exposure and further support for both our national team and the sport of Hockey as a whole in Wales” 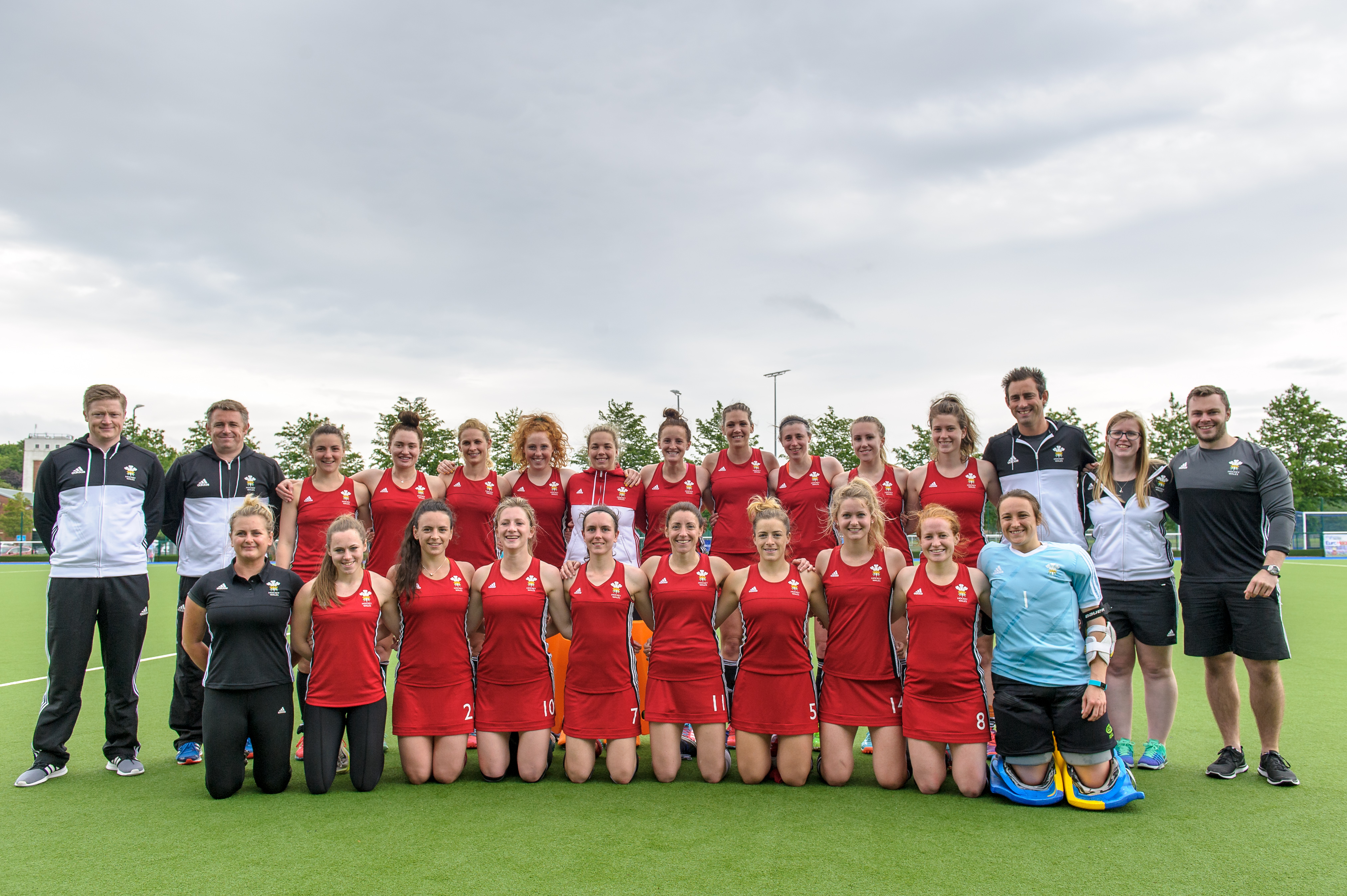 ABOUT HOCKEY AT THE COMMONWEALTH GAMES

Hockey was first included in the Commonwealth Games sports program at the 1998 edition of the Games in Kuala Lumpur and is classified as a core sport that must be included on the program of each Games. Across both the men’s and women’s Commonwealth Games hockey competition, Australia is the most successful nation having won all but one of the gold medals on offer (women’s 2002).

The Game: • Two teams of 11 players with seven substitutes, making for a total squad of 18 players  • A match consists of four 15-minute quarters • The field of play is rectangular, 91.40 metres long and 55.00 metres wide • Men’s hockey has the fastest swing speed on any sport, reaching around 166km per hour • Hockey is played by over 3 million people across over 100 different countries • International hockey pitches must align north to south • There are no left-handed sticks in field hockey and players may use only one side of the stick • A match is controlled by 2 umpires

Hockey results from Rio 2016 Olympic Games: Great Britain’s women team defeated The Netherlands in a penalty shootout at Rio 2016 to claim gold, with the majority of their team

expected to line up for England at GC2018, Team England head to the Gold Coast as gold medal favourites.

New Zealand’s women team defeated Australia 4-2 in the quarter-finals in Rio before losing to Team GB in the semi-finals and Germany 2-1 in the bronze medal match.

Men’s teams India, Australia and New Zealand all made the quarter finals stage in Rio but failed to progress to the semi-finals.