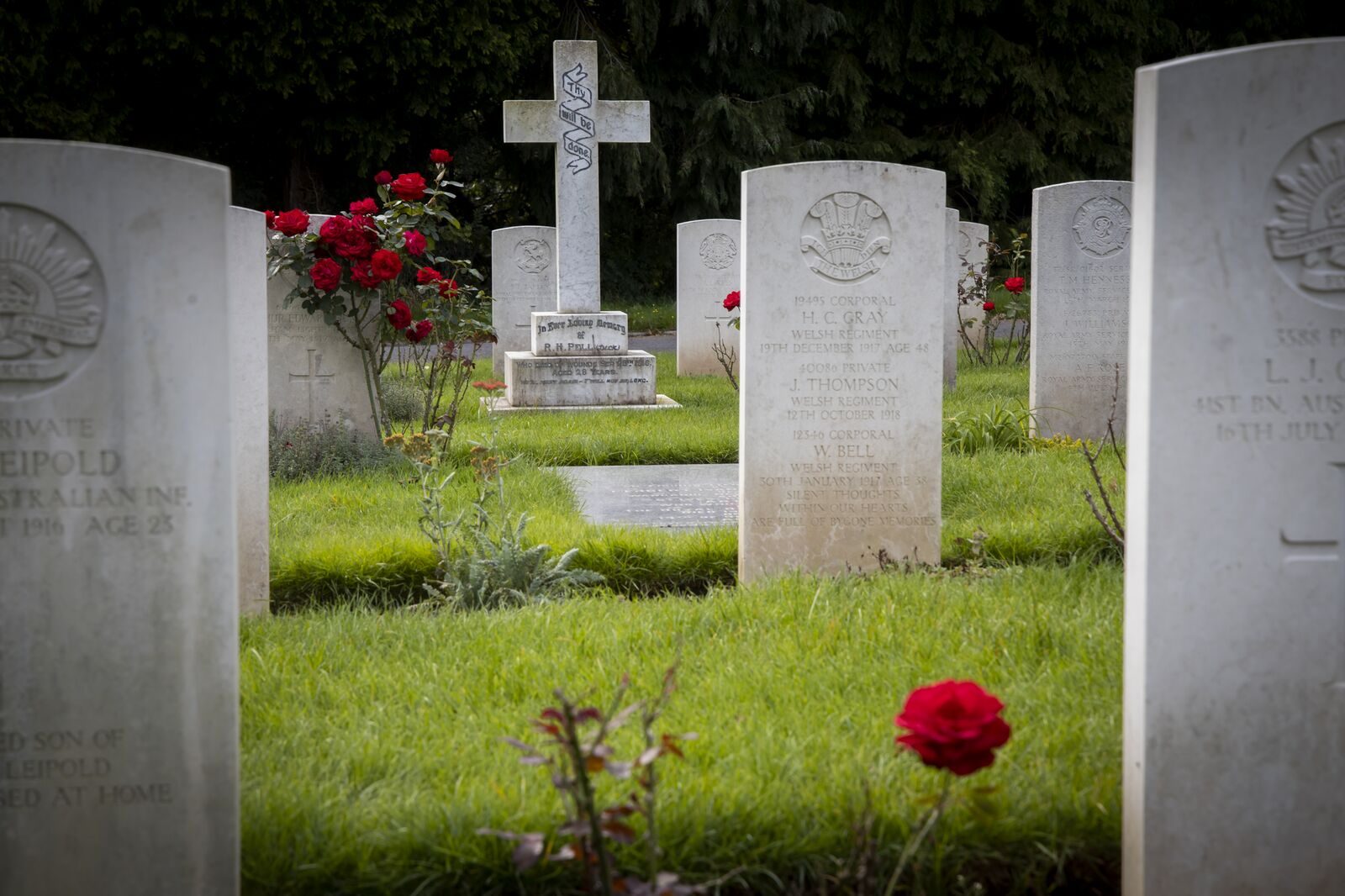 The Commonwealth War Graves Commission (CWGC) is introducing walking tours in Cardiff to help people discover the World War heritage on their doorstep.

The free guided tours will take place every two weeks from July- September at Cardiff Cathays Cemetery and will give people in Cardiff the chance to discover the stories of the men and women who are buried in their community.

Opened in 1859, the cemetery is the final resting place of over 700 Commonwealth and allied servicemen and women of the two World Wars. Members of Australian, Canadian, New Zealand, Dutch and Norwegian forces are here, but the vast majority served in units of the United Kingdom.

The tours will be led by local resident, Adam Hughes, who has been volunteering for the Commission since May 2021. The tours will reveal the undiscovered stories of those who gave their lives in the war, and the work of CWGC around the world to honour them.

Liz Woodfield, Director of Information and Communications at the CWGC said:

“The Commonwealth War Graves Commission cares for war graves at more than 12,500 locations in the UK and this means there is a way for us all to connect to our local World War heritage. There is a wealth of World War history across all four corners of the United Kingdom, from large CWGC cemeteries and memorials to single headstones in remote churchyards, you’re never too far away from one of our sites. We’re encouraging people to seek out the stories in their local area and book onto a free tour this summer”

To book your tour, visit www.cwgc.org/tours