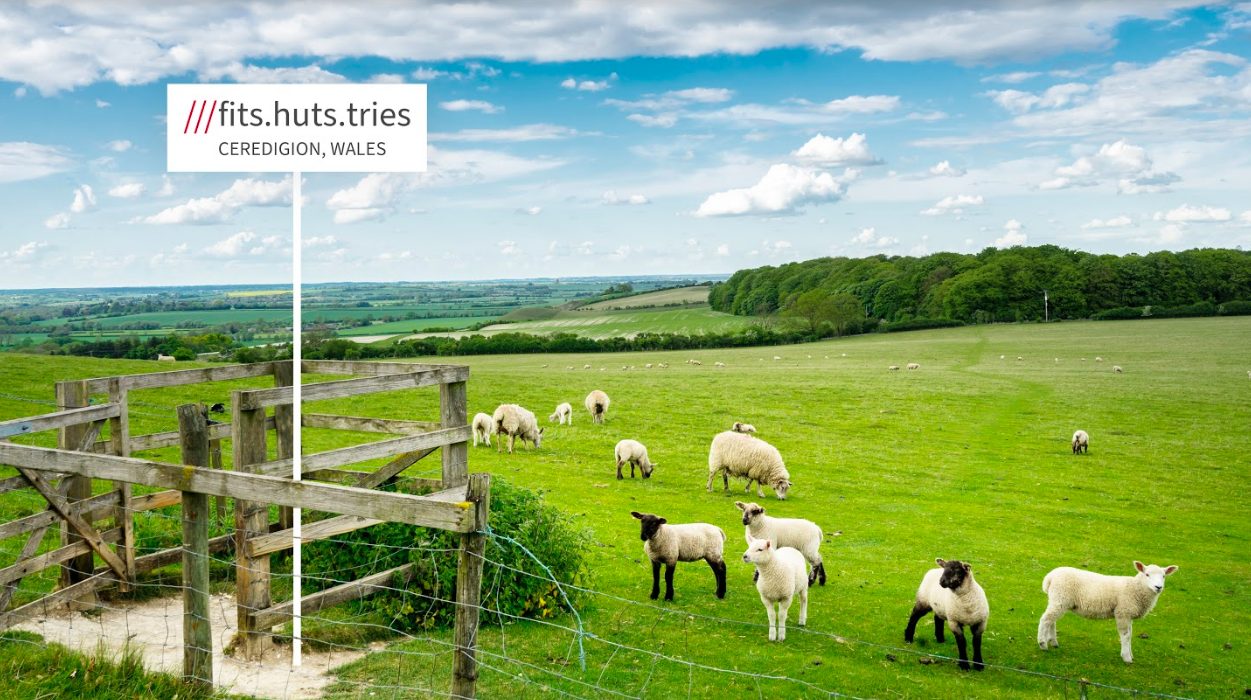 This week, emergency services up and down the country are pledging their support for the ‘ground-breaking’ technology which has been credited with saving thousands of lives across the UK. #KnowExactlyWhere, which launches today, calls for the public to download the free location app – so they’re ready to give a what3words address in the event of an emergency. Welsh Ambulance Service has used what3words for the most serious and urgent emergency calls to remote locations and is now urging locals to download the app as part of the campaign.

what3words has divided the world into a grid of 3m x 3m squares.  It has given each square a unique combination of three words – a what3words address. ///validated.deeds.nature, for example, will take you to the Tommy Jones Obelisk in the Brecon Beacons National Park that is popular with walkers and hikers. The app is free to download for both iOS and Android and works offline – making it ideal for use in areas of the UK with an unreliable data connection. what3words can also be used via the online map at what3words.com. The technology is available in over 40 languages, including Welsh, and can be used anywhere in the world.

After successfully piloting with a selection of forces in 2019, what3words is now used by over 80 per cent of UK emergency services. Welsh Ambulance Service is one of the 97 UK services which use the technology for free and was one of its early adopters. Other services across Wales that use what3words include South Wales and Gwent Police Forces.

‘Where’s the emergency?’ is one of the first questions asked when calling 999. But saying exactly where help is needed can be challenging. Emergencies can happen anywhere, from a remote beach to the side of the M4, to the middle of the Snowdonia National Park. Services often can’t detect where you are automatically and dropped pins are difficult to explain over the phone. Landmark-based descriptions are prone to errors and GPS coordinates are long and difficult to communicate. At best, this is a frustrating drain on resources. At worst, it can mean the difference between life and death.

Jason Killens, Chief Executive of the Welsh Ambulance Service, said: “The what3words technology has proven to be such a valuable tool since we launched it in March, helping us to locate 100 ill or injured people in remote locations who otherwise we would have struggled to find. With the easing of Covid-19 lockdown restrictions, we’re anticipating more visitors to Wales than ever before, which is why we would invite the public to download this free app now in order to save precious time in an emergency.”

Data from 15 services shows the vast spectrum of cases where what3words addresses have been used, with road traffic accidents, locating vulnerable people and breathing difficulties cited for being amongst the most common reasons. Unsurprisingly, these are all deemed ‘CAT1’ calls where services have on average seven minutes to reach the patient. The importance of immediate care is staggeringly apparent in cardiac arrest patients when every minute without treatment reduces chances of survival by 10 per cent.

In the past year, what3words has been used hundreds of times by Welsh Ambulanceto find people needing help. Laura Moreton used the app to help services locate her after she fell during a rural walk with her boyfriend and suffered a spinal fracture. Welsh Ambulance Service and the Hazardous Area Response Team (HART) were called and located her quickly thanks to the three words she gave them.

Other notable incidents include:

“A 999 call could be one of the worst times of your life. Having to provide additional directions when you’re under immense stress and the clock is ticking is something that we want everyone to avoid. You never know when an emergency might happen, but with what3words, you’ll always be able to say exactly where help is needed – quickly and easily.” Chris Sheldrick, co-founder and CEO of what3words adds,  “We’re proud of the huge growth we’ve seen, and every what3words rescue that we hear about touches our team personally.”

Around the world, what3words is used in 124 control rooms in the UK, Canada, the USA, Australia, South Africa and Germany. As well using the app for emergencies, people are using what3words every day to meet up with friends at parks and on beaches, to share great running and hiking locations, and share match locations with their sports teams. what3words is also built into in-car sat navs including Mercedes-Benz and Ford, enabling drivers to enter any destination with just three words. Companies such as Premier Inn, the AA and Lonely Planet use what3words to help travellers find the right hotel entrance or hard-to-find restaurant, and logistics brands like AO.com and Hermes use it to deliver goods to exactly where they’re needed.