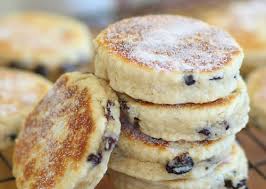 The cream of Welsh food and drink producers returned from France last week having promoted the best of what Wales has to offer at one of the world’s largest food fairs. The Salon International de l’Agroalimentaire (SIAL) 2014, which this year was celebrating its 50th birthday, hosted over 6000 exhibitors from 105 countries and is seen as a key platform for the food and drink sector to promote their produce to buyers from all over the globe.

17 Welsh food and drink companies attended SIAL, under the Welsh Government’s Food and Drink Wales banner, with many returning having made important new contacts, that will hopefully lead to lucrative orders.

Following her visit to SIAL, Deputy Minister for Farming and Food, Rebecca Evans AM, reiterated her support for the Welsh presence at such high profile events,

“If we are serious about raising the profile of the Welsh food and drink sector on a global stage it is vitally important that we provide a platform such as this for our producers. We have made no secret of our aspirational targets for the sector in Wales, but I have no doubt that if we have a strategic, integrated approach then our target of growing the industry by 30% by 2020 can be achieved. My visit to SIAL reinforced my views of the strength of the Welsh food and drink industry and I am confident that those producers present at SIAL will benefit directly from the experience.”

Cardiff Based granola producer The Good Carb Food Company was one of the companies on the Food and Drink Wales stand and Director Nigel Bryan felt it was a worthwhile visit,

“It can be difficult with such a large event to get your voice heard so it’s great that the Welsh Government lends its support to help us have a presence at such an important trade fair. Since we launched our company 10 years ago we have become one of the leading producers of healthy granola breakfast cereals and sell our product all over the world. This kind of event allows us the chance to look at expanding our market further and gives us a direct interaction with both present and potential buyers.”

Another company hoping to pick up some orders is mid Wales based cake and pudding makers Sidoli &Sons Ltd, as Gilly Barber explains,

“Events such as SIAL offer us as producers the chance to show off our wares to an extensive audience but it’s also the chance to highlight new products. Our new Gluten Free Carrot Cake was making its debut this year and I’m glad to say that it was very popular. It is now a case of following up on that interest and turning it into sales.”

North Wales based South Caernarfon Creameries attracted quite a bit of interest with their cavern matured cheddar cheese, as Nick Beadman explains,

“In such a large event it is always good to have a product that has a story attached to it and our cheddar cheese, matured 500 feet underground at the Llechwedd Slate Caverns, certainly got people’s attention. It’s a product that very much reflects our Welsh heritage and it’s a very positive partnership with another Welsh icon, the slate caverns. Most importantly though, it tastes great and that, fortunately, was the overwhelming feedback from SIAL.”

SIAL was held in Paris on 19-23 October with 17 Welsh businesses in attendance being showcased on the Food and Drink Wales stand.