With mental health at the forefront of the public’s consciousness following a year of lockdowns, Veterans’ NHS Wales (VNHSW) has applauded the Welsh Government’s decision to further fund specialist therapists for its clients.

Almost three-quarters of veterans on a three-year programme, delivered by VNHSW and funded by a grant of more than half-a-million pounds from Armed Forces charity Help for Heroes, reported a significant improvement in their health and wellbeing – but that funding ceased in September last year.

However, presented with substantial evidence of the ongoing need for sustainable funding, the Government picked up the bill until March 2021, and has, subsequently, agreed to fund permanently three specialist mental health veterans’ therapists.

The news came as a huge boost to Welsh veterans and staff at VNHSW; it was also a relief to VNHSW’s grant-funded therapist Amanda Jackson. She joined the Queen Alexandra’s Royal Army Nursing Corps (QARANC) aged 17, serving for 15 years – in Germany, Bosnia, and the UK – and trained as a mental-health nurse towards the end of her service, before leaving the Army with a first-class degree. Now an accredited CBT therapist, her background has proved invaluable in her current role. 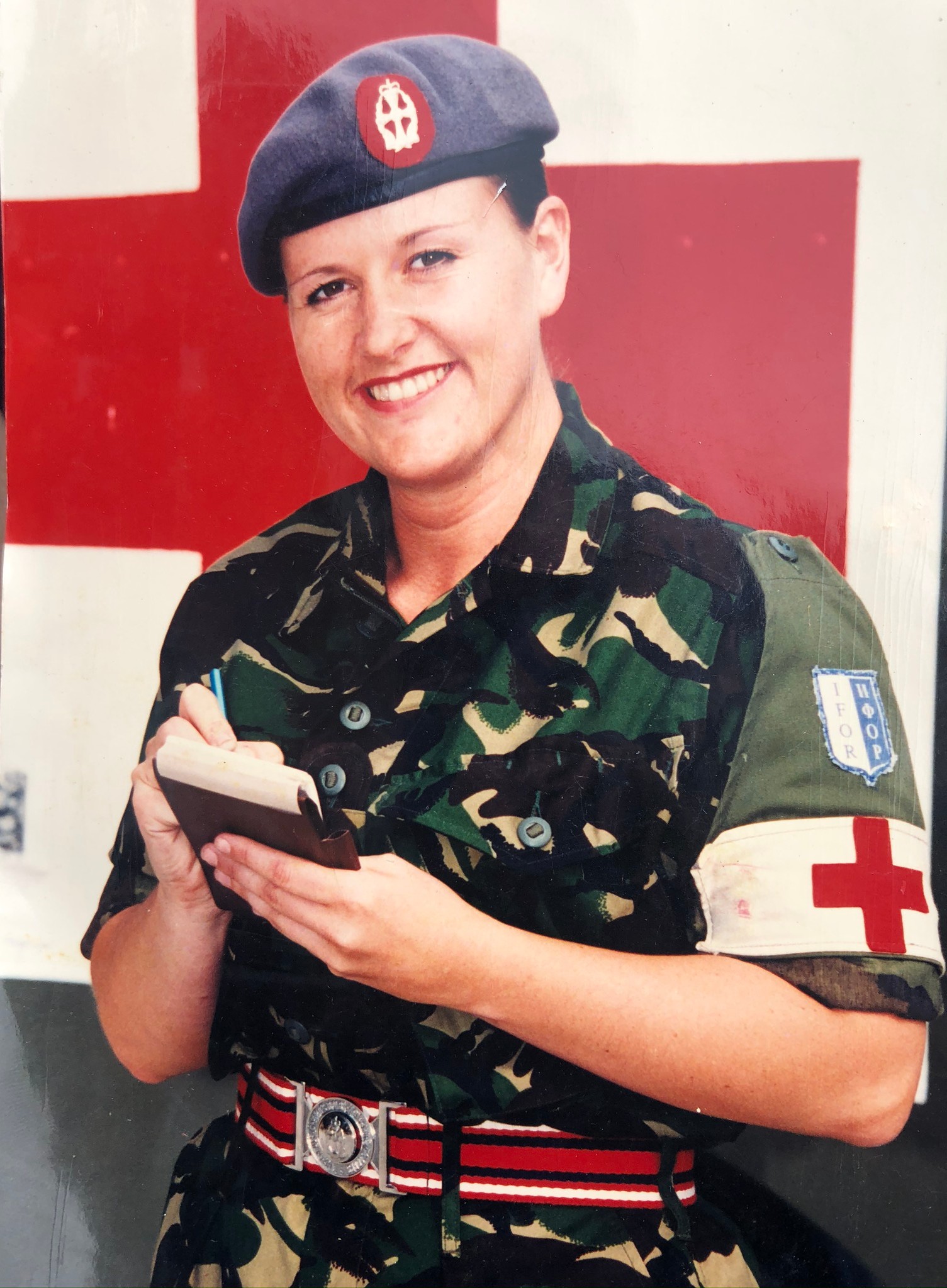 She explained: “Obviously, it was great news to discover I still had the security of a job. If the Government hadn’t stepped in, I would have had to find work elsewhere. As a veteran myself, it makes my employability far more suited to this role – with my background, qualifications and experience. It would have been unfortunate if staff like me were no longer able to work with the veterans.

“Overwhelmingly, from a therapeutic perspective, the clients saw it as an advantage that I was ex-military, in terms of understanding the culture, trust issues and breaking down barriers.”

During the period of the grant, Amanda’s client list ran well into three figures and, as she pointed out, demand still outstrips supply, even now.

“There are three therapists in the North Wales health board – the largest in Wales; one of those is part-time, so, if they’d removed my post, it would have, effectively, left one-and-a-half therapists to cover a quite large catchment area. Even with the three of us, there is, sadly, still quite a substantial waiting list.”

One of her clients is Matt Campbell-Henry, a retired Infantry Warrant Officer, who struggled with trauma from an operational tour in Afghanistan. He admits that, before being treated by VNHSW, he tried to manage his struggles with excessive alcohol. He was, he said, at his lowest point when he and his family sought help from VNHSW.

He explained: “After being in a dark place for a very long time and now being discharged and on the other side of therapy, my life has never been better; I have never felt happier. My trauma has not gone away, but I can now manage it. VNHSW was my absolute saviour. What an amazing department of the NHS and what an amazing team.

“My therapist was incredible to say the least: professional, helpful, dedicated and passionate about her job, a subject-matter expert in her own right. I always felt safe and relaxed in my sessions and I knew I could disclose all my darkest problems in complete confidence. I cannot thank my therapist enough for turning my life around.

“Having a therapist who is ex-forces is an absolute no brainer and a real asset. They get it massively. VNHSW is critical for the care and trauma management of veterans. I genuinely cannot thank them enough for what they have done for my family and me.”

Between October 2017 and September 2020 – the full term of the Help for Heroes grant – VNHSW saw more than 70 per cent of its veterans move to a ‘reliable recovery’ phase in each of three therapies: post-traumatic stress disorder (PTSD), where the improvement was 92 per cent; depression (74); and anxiety (82).

The sessions also saw positive outcomes for veterans in alcohol consumption (down 42 per cent), insomnia (reduced by 43 per cent), and general health, which witnessed a 33 per cent improvement.

Feedback from the veterans was overwhelmingly positive – and thought-provoking – with more than 95 per cent saying they would recommend the service to other veterans. One said: “This service has probably saved my marriage – and, quite possibly, my life …”

Dr Neil Kitchiner, the Cardiff-based director of VNHSW, said: “I am very pleased that our Help for Heroes-funded veterans’ therapists were able to achieve the aims of the grant bid. Their hard work has resulted in the Welsh Government agreeing to fund the bid as a permanent part of the service, which will go some way to help us meet our assessment and treatment targets in the future.”

And Help for Heroes’ Head of Grants, Claire Barnes, added: “Help for Heroes recognised the plight of veterans with complex mental health issues waiting months for the support they and their families needed desperately. We were convinced that providing additional clinician resource to the VNHSW service would address this over the three-year grant period.

“Understanding the importance of support whilst awaiting and going through treatment, we additionally funded the complementary peer mentors service for veterans, Change Step, for a year, supporting them to achieve ongoing Armed Forces Covenant Trust funding.

“With a secondary but no less important aim of evidence gathering to demonstrate the need for a sustainable, accessible and effective service, we are delighted that, through this truly collaborative partnership, VNHSW’s ongoing funding is to be provided by the Welsh Government.”

VNHSW was launched originally in 2008 as a joint Ministry of Defence and Welsh Government pilot to provide out-patient therapy to Wales-based British veterans who were suffering military-related mental-health problems.

By 2017, with VNHSW having reached the capacity for providing out-patient therapy, veterans started to experience longer periods of waiting times for both assessment and therapy and the programme was, consequently, supplemented by a Help for Heroes grant of £517,389.