Welsh Independence in the Age of Coronavirus by Jordan Brinkworth 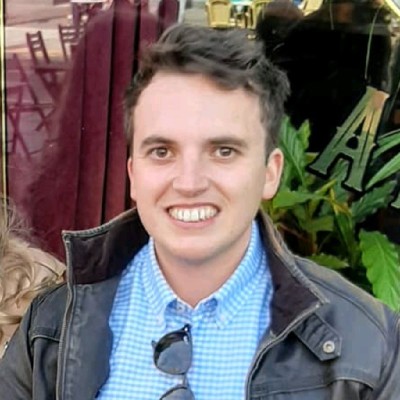 It was a notion that for hundreds of years was not only marginal and obscure, but often incomprehensible, yet throughout the pandemic the call for Welsh Independence has been getting louder and its sentiment has gained a greater political zest. But why now? After all, apart from accents and Welsh cakes, what really makes Wales and England so different?

If we are to answer these questions seriously then we must take a historical perspective.

‘Historical perspective refers to understanding a subject in light of its earliest phases and subsequent evolution. The perspective differs from history because its object is to sharpen one’s vision of the present, not the past.’

The Welsh, over the past two millennia, have been enslaved and christianised by the Romans, pushed westward by Anglo-Saxons, pillaged by Anglo-Norman armies, and politically absorbed into the United Kingdom, yet are a people who have maintained a national, cultural, and linguistic heritage which makes them one of the most ancient ethnic groups in Europe.

Over one thousand five hundred years ago and for almost ten thousand years before that, most of the inhabitants of lowland Britain were Welsh and Cornish, though throughout this period, speaking the same Brythonic language, they were known as the Ancient Britons. As Anglo-Saxon settlers arrived in the fifth century many of these Britons began to migrate westwards, and for hundreds of years there were skirmishes between the two peoples.

Then in around the year 750AD, Anglo-Saxon King Offa of Mercia attempted to quell the violence by constructing a dyke – an eight-foot-high dirt wall – that ran along almost the entire Western frontier of his Kingdom, establishing a borderline which has been scarcely altered to this day- between England and Wales.

The Anglo-Saxons referred to those behind the dyke as welas or ‘foreigners’ and the Britons who had now been pushed behind the dyke called each other Cymru or ‘fellow countryman’. Not only had Offa built a dyke, but he had also indirectly created a national identity; Cymru or ‘Wales’- the idea that the ‘Welsh’ were a single group of people with their own language and customs – had been born.

By the eleventh century the Welsh had become unified under their own King, Llewellyn, and had developed their own laws which had been crafted by Hywel Dda or ‘Hywel the Good’, making Wales for the first time in its history a distinct unified political and legal entity – but it would also be for the last.

Once the Normans arrived and quickly conquered England in the late 1060s, they almost immediately cast their eyes toward Wales. Over the next three hundred years these Anglo-Normans would gradually encroach on Welsh lands and build an enormity of castles, such as Abergavenny, Caernarfon and Caerphilly and impose their own rules of law. Although there were numerous failed uprisings, the last being led by Owain Glyndwr, Wales was officially annexed to the Kingdom of England under The Laws in Wales Acts in 1535 and 1542.

Nevertheless, despite being militarily conquered and politically annexed by England, the Welsh had not been culturally or linguistically absorbed. It was not until three hundred years later in the nineteenth century that such these Welsh elements began to quickly erode. Historian Simon Brooks, in his work Why Wales Never Was, labels this sharp decline in Welsh nationalism as the ‘triumph of the civic’; that liberal British politics, intertwined with liberal ideas of progress, triumphed over Welsh language and culture- which he argues were one of the same. In other words, hoping to have a share in Britain’s progress, many people stopped speaking Welsh to become better British citizens. Those, particularly children, who did not conform, were forced to.

From the 1840s onwards, as Parliament had outlined under the infamous ‘Blue Books’, all Welsh children caught speaking Welsh were made to wear the ‘Welsh knot’. Those children still wearing the knot at the end of the day were to be caned or corporally punished. The teachings of Empire in the classrooms also attempted to ensure that the children grew up to be ideal British citizens.

Successfully absorbed into the British civic and politic, with the English language dominantly spoken, the idea that Wales could survive or even function as a separate entity to England was seemingly lost to history.

Still, while the use of the Welsh language sharply declined during late nineteenth and early twentieth centuries, the culture remained distinctive and continued to strongly develop during this time. It was one that developed around heavy industries like mining and tin works, the arts such as choir singing and annual eisteddfods (which remains one of Europe’s oldest and most popular art festivals to this day), and sports like rugby which was played across Wales every weekend.

Since the late twentieth century however, as the British Empire collapsed and memories of the World Wars faded, Welsh nationalism has been on the rise; with Plaid Cymru having gained popularity since the 1980s, the creation of the Welsh Assembly in 1999 and the increase in Welsh speakers since the early 2000s. The Late 2010s however saw a renewed, more rigorous sense of Welsh nationalism and for the first time since the days of Owain Glyndwr, there were whispers of independence.

Such feelings have recently manifested themselves through hundreds of stickers, banners and fliers, large protest marches in Cardiff and Caernarfon, online demonstrations like the ‘Indy’ movement on social media and through literature, such as in Simon Brook’s work Why Wales Never Was and Professor Martin Johnes’ book Wales: England’s Colony?

Nevertheless, in 2019, on the cusp of the cataclysm that would be 2020, it was still devolution and not independence that seemed to be the overarching opinion. People felt that Wales could not make it on its own, it needed to be a part of the U.K or something larger, like the European Union, to survive. It was a feeling that had not changed much since Victorian times.

In the age of coronavirus however, the call for Welsh independence has gained a new zeal. Suddenly, in times not seen since Hywel Dda and Llewellyn the Last, Wales has been making and enforcing its own rules.

This is something which is being currently reflected in Yes Cymru (a campaign group for Welsh independence). The question for a growing number of Welsh people now seems to be: ‘Why should I remain a British citizen when I can just become a Welsh one?’