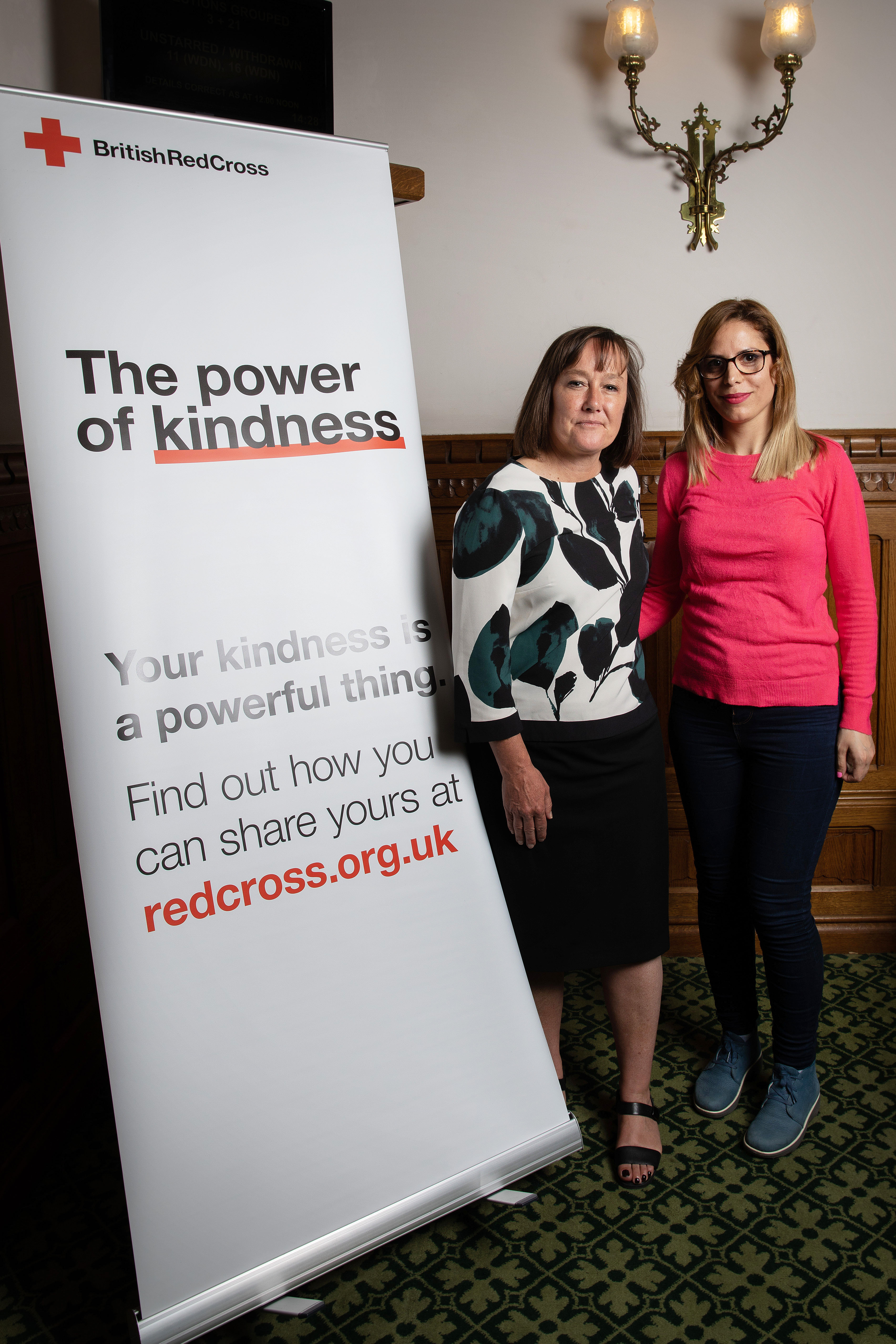 Welsh MP’s have shown their support for the work of the British Red Cross as it continues to support refugees to rebuild their lives in the UK.

This week, Welsh MP’s attended an event organised by the charity at the House of Commons, where politicians met with volunteers and staff to hear about the experiences and challenges that refugees face when they arrive and settle into the UK.

The event came as the British Red Cross also published research revealing that over half (52%) of teachers surveyed** said they had witnessed prejudice towards refugees in their classroom.

As the organisation works to encourage the public to understand why ‘Every Refugee Matters’, MP’s were given the opportunity to meet with a group of refugees who now volunteer for the British Red Cross. They learnt, about the conflict and persecution each left behind and the challenges they’ve faced looking for work, making friends, studying and trying to play active roles in their communities.

The event also coincided with the beginning of Refugee Week, which celebrates the contributions and creativity of refugees and encourages successful integration.

The British Red Cross is the largest independent provider of support to refugees and people seeking asylum in the UK, and last year distributed almost 20,000 food parcels and helped to reunite almost 1,000 families separated by war and conflict.

In 2019, there are thought to be more than 25 million refugees worldwide and more than 44,000 people forced to flee their homes every day as a result of conflict and persecution. Last year, 5,777 refugees were settled in communities across the UK.

Zain, one of the volunteers at the event, shared his own refugee story with MP’s, describing his experience since arriving in the UK from Pakistan.

“Not being allowed to work and the obstacles to access higher education were nearly insurmountable, which made me feel isolated and left me in very dark place as I travelled 20 hours a week just so I could achieve the grades I needed in my A levels.

“Despite obtaining the grades I needed, I wasn’t allowed to study due to my status, which I had no control over. I was forced to cancel all my plans of going to university with my friends.”

“The British Red Cross has a long and proud history of working with people who have been displaced as a result of conflict, disaster or persecution.

“We believe that Every Refugee Matters and that’s why we speak up for their rights and call for a fair asylum system in the UK.

“Refugees can face many challenges in the UK, including destitution, being separated from their loved ones, and barriers blocking them from work, education and healthcare.

“The Red Cross is the only organisation supporting refugees, people seeking asylum and vulnerable migrants at every point of their journey. We want to encourage the public to stand with them and help support them as they rebuild their lives here in the UK.”

The British Red Cross has created a new film as part of its new Every Refugee Matters campaign, to educate the public about the experiences of rebuilding your life as a refugee in the UK. The charity is calling on the public to share the film to show they believe that #EveryRefugeeMatters.