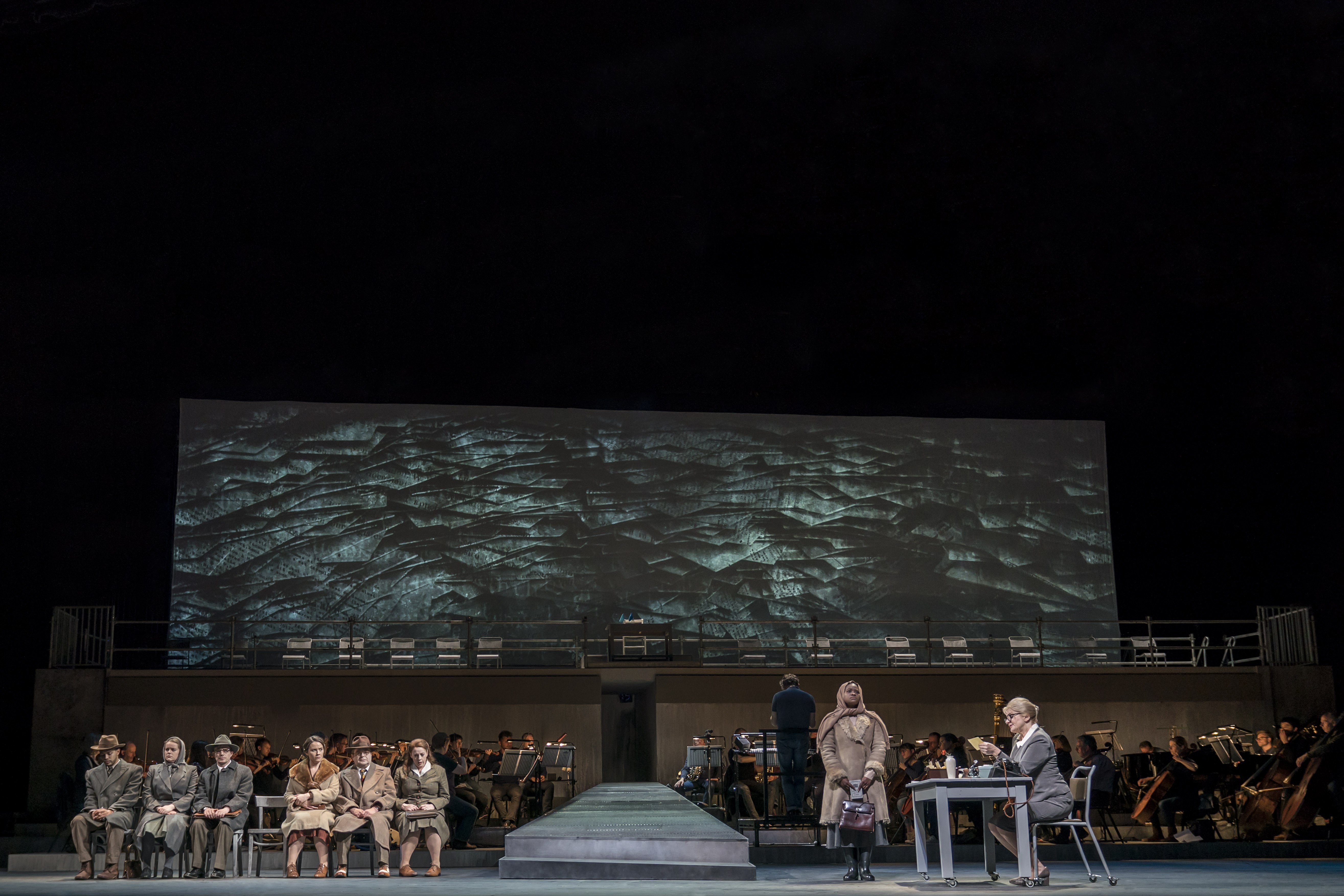 The WNO’s Freedom Season continues with their emotional and dramatic performance of The Consul. The performance perfectly framed everything that the Freedom Season is about and could have been used as the initial production as it would have set the tone for the other productions being delivered over the month. The Consul is not hard-hitting or powerful instead it combines heartfelt emotion and a dramatic element delivered through the content and music.

Written in 1949 and set in an unidentified European city, it is the story of the Sorel family. John Sorel a political dissident and lover of freedom is on the run leaving his wife, mother and young child behind to face threats and questioning from the secret police, with their only hope being to seek help from the consul in trying to flee the country.

With dramatic music from the start, the musical cues provided were excellent. All cast members delivered emotional and moving performances, with the secret police officers exhibiting ice-cold demeanours.  The Secretary played by Leah Mariam-Jones displayed brilliant emotion during her performance, being withdrawn and cold in most scenes, but also delivering a frustrated and conflicted performance as she sung a number explaining the need to be distant in order to do her job.

Magda Sorel is played by Giselle Allen who delivered a strong, emotive and beautiful vocal performance throughout all scenes and was amazing to watch. Although the scene where it looks like Magda might finally get to see the elusive consul, but instead is intimidated when she sees the secret agent was predictable.

The Welsh National Opera production of The Consul was perfectly delivered by a strong cast, in an emotional way that provided a heartfelt experience for the audience. The production continued themes of government systems letting people down, injustice and the consequences that unfold when people are denied their human rights. There were reminders of these rights on the screen behind the orchestra showing ripped pieces of paper detailing Articles 13, 14 and 15 and a further reminder in a later scene.