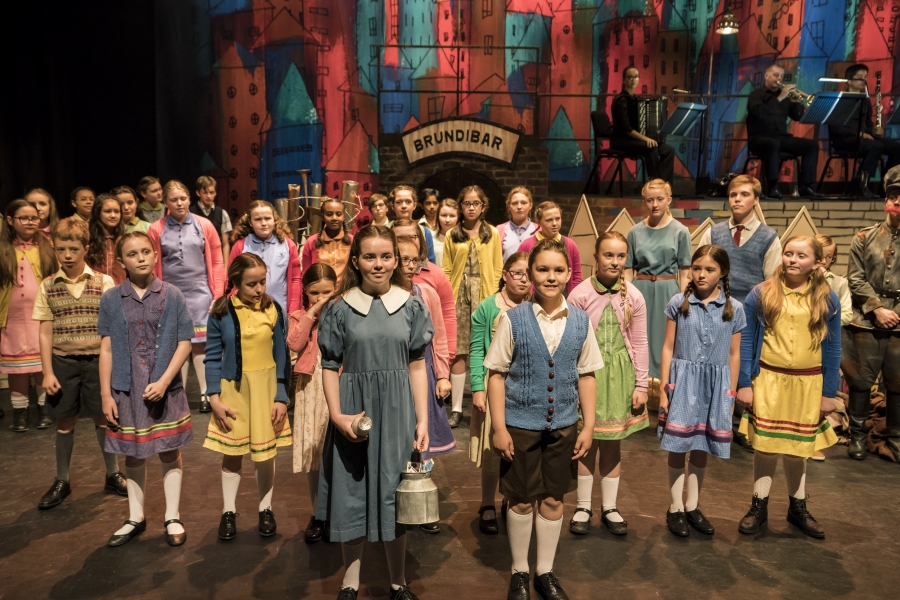 Welsh National Opera Presented the fourth opera in their current Freedom season in The Weston Studio at Wales Millennium Centre. A colourful and stunning performance from the WNO’s Youth Opera made this the perfect addition to the Freedom Season, A clear, strong statement of the importance of human rights and standing up for what we believe in.

Brundibár is the story of Pepíček played by Alfie Jones, and Aninku played by Manon Thomas, who venture to the market to get milk for their sick mother but have no money. Where they are chased away by street musician Brundibár. The story follows their attempt to overpower Brundibár and earn the money they need to buy the milk. From the costumes to the set this performance oozed colour and all gave outstanding performances, Steffan Lloyd Owen delivered a powerful vocal performance as the villain Brundibár. Whilst Alfie Jones and Manon Thomas delivered performances with poise, emotion, and beautiful melodies. The chorus vocal performances were equally notable with beautiful vocals brilliantly conducted by Tomáš Hanus. The opera is a display of friendship, taking a stand, not giving up in the face of adversity and most of all the unique gift of colour and cheerfulness that children bring to life in difficult circumstances. 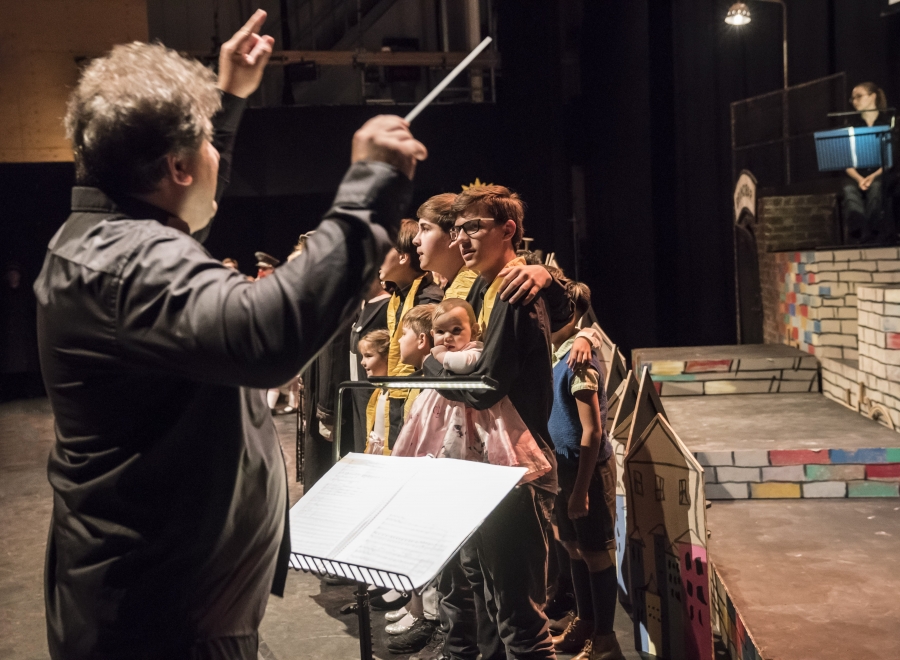 A WARNING is necessary for the second part of this review: following the children’s performance the audience were shown a video and heard comments from both Tomáš Hanus and a survivor Ellen Davis. The Opera has a history that is imbedded in the Nazi concentration camp Theresienstadt referred to as ‘Terezin’.

Following the performance and once the children had all left the stage, a video played which showed images of the performance of Brundibár at Terezin and historical information about the opera was revealed. The opera was originally performed in a secret illegal performance in a Jewish orphanage in Prague (1942). Then in September 1943 it was performed with many of the original cast members and Hans Krasa at ‘Terezin’ where in was filmed to form part of a propaganda film to convince the Red Cross that conditions at Terezin where pleasant.  Tomáš Hanus’s mother was part of the performance at Terezin, so he has a deep personal connection to the opera. The performance today at Wales Millennium Centre served as a tribute to the original cast members. As Terezin was a waiting camp were the end goal was for the people there to transferred to Auschwitz to die. Although Tomáš Hanus’s mother miraculously survived due to a mix up in her birthdate on her paperwork. Many of the original cast were not so lucky and performing in and watching the opera was the last positive experience many children had. An emotional talk from Tomáš Hanus was delivered to the audience about the challenges and determination to deliver the opera in Cardiff, Tomáš Hanus bravery and courage in both tackling these issues and delivering a brilliant opera is inspiring. The children returned and were joined by Tomáš Hanus and his children to give an en-core of the final song of the opera, in which the main themes are friendship and taking a stand for what you believe in, this performance was emotive and flawless. After the performance of this song Ellen Davis who is a holocaust survivor stood to give a moving talk which was gratefully non-graphic and elegantly and emotionally delivered while stating things were still going on and urging people to take action for the sake of their children before she became too emotional to continue. Ellen’s talk was moving, emotional and inspirational.