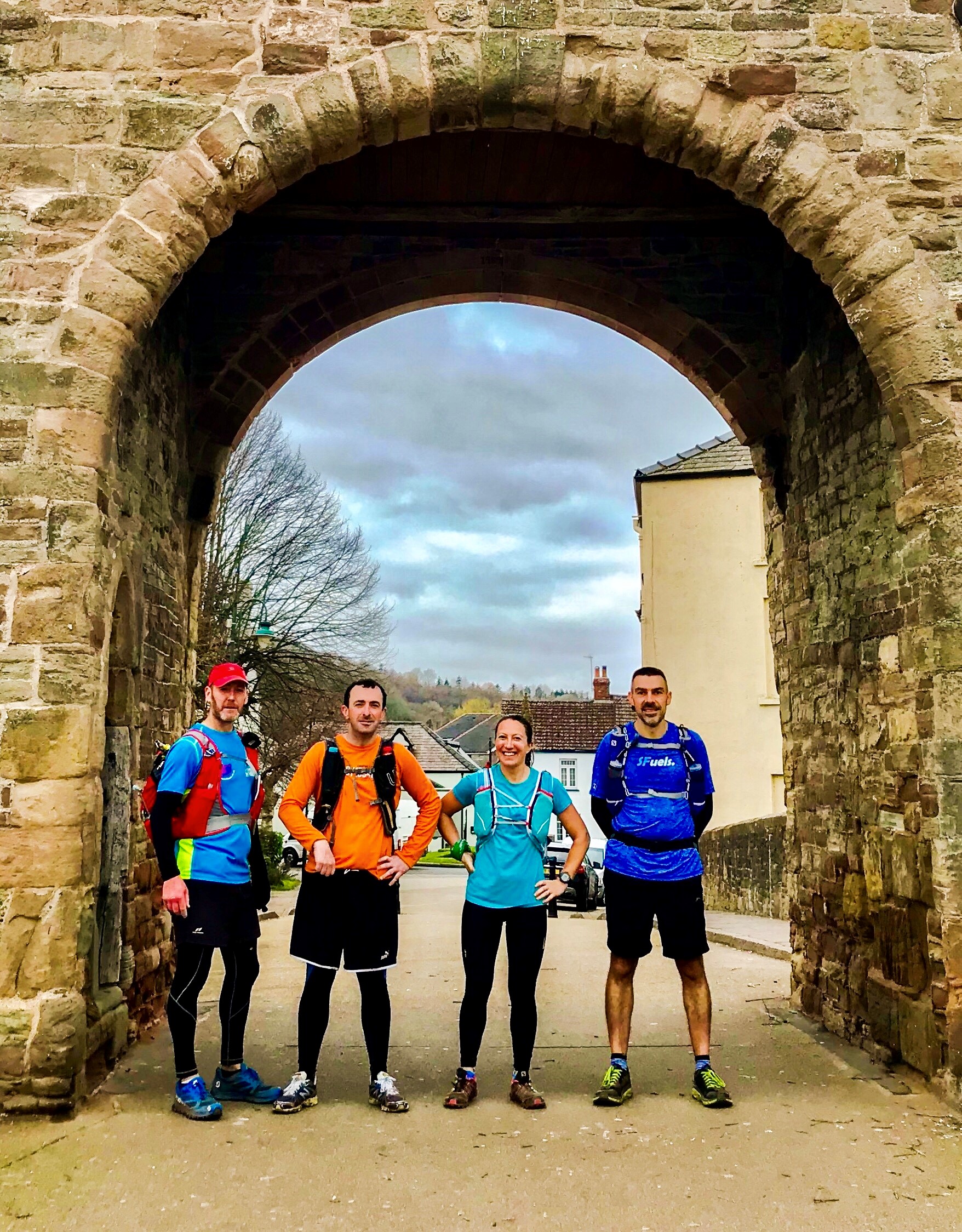 A group of runners from North Wales has set a new fastest time for the Offa’s Dyke Path.

Two of the runners in the team had to pull out of the challenge part-way due to injury (Laurent Gorce and Jason Harper) but the other runners in the team, Nia Albiston and Gordon Hughes, completed the 177-mile challenge in a stunning 63 hours 1 minute – beating the previous time by 1 hour 9 minutes.

The team had set out on their challenge in order to help raise funds for Wales Air Ambulance. They had been supported by family and friends as well as companies including Welsh snack brand Wild Trail, based in Tywyn (Gwynedd) and with offices in Monmouth, which fuelled the runners with its natural energy bars. Other sponsors included FenixLight, Spike-Free Fuel, LightUpU, Sturdy By Design, Revvies Energy Strip.

The four runners started at the south point of the Offa’s Dyke Path near Chepstow in the early morning of Friday 22 March, setting out to run 177 miles to reach the finish point in Prestatyn on Sunday 24 March.

Jason Harper was forced to retire from the challenge on 62 miles due to sickness, whilst Laurent Gorce was then forced to abandon his attempt on 73 miles due to an ankle injury. However, showing true team spirit, both Laurent and Jason managed to stay on as part of the support team in order to assist the remaining runners, Nia Albiston and Gordon Hughes, to the very end.

It was late on Sunday evening (24 March), in the wind and rain, that Nia and Gordon reached the finish point in Prestatyn in their recorded time of 63 hours and 1 minute.

Their time beat the previous fastest known time of 64 hours 10 minutes which had been set by Michael Wood in July 2012. The runners had only stopped along the 177-mile route twice for short sleep stops as their strategy had been to give themselves as much running time as possible.

Speaking about the challenge, full-time GP Nia Albiston commented: “It’s an amazing feeling to have got to the end, after all the hard work and preparation, and to have beaten the fastest time is the icing on the cake! It was a really tough challenge but we dug in and it was almost a feeling of relief when we ran down that final road and could see the team at the end point! I’m really proud of the team – we all supported each other and it’s great we can all share in the success.”

Reflecting on the challenge, Gordon Hughes said: “That is one of the toughest things I’ve done in my life but it was absolutely worth it. The trail is tough, with so much variation in terrain, and the weather wasn’t always our friend, but we just kept going. To get to the end, and in the record time, just feels like a massive achievement. It made it even sweeter that we were able to use our challenge to help raise funds for Wales Air Ambulance.”

Jason Harper, who is also the race director for the Cybi Coastal Marathon, said: “I was obviously very disappointed that I had to pull out part-way but the sickness I was experiencing meant it was going to be impossible for me to continue on to set a record time. We approached this whole challenge as a team, so my role became about supporting the remaining runners as best we could. I’m delighted for Nia and Gordon – to see them reach the end, and beat the fastest time, was a wonderful feeling.”

Summaring his experience of the challenge, French teacher and chef Laurent Gorce said: “It was gutting to have to retire through injury but I knew I couldn’t continue with my ankle the way it was. I’m so pleased that both Jason and I were able to join the support team in order to keep encouraging Nia and Gordon. We’d been tracking their progress at the end, and knew they could make it inside the record time, so it was a fantastic moment when we saw them running down the road towards us!”

For more information of the team’s challenge visit https://www.facebook.com/offasdykechallenge/
For information on Wales Air Ambulance visit www.walesairambulance.com
For details on Wild Trail visit www.wildtrail.co.uk or @wildtrailsnacks on Facebook, Twitter or Instagram.