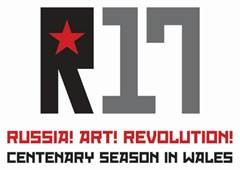 There are a number of cultural events in Wales this autumn reflecting on the centenary of the Russian Revolution and Wales’ historic connections with the era – including a contemporary re-interpretation of the 1917 ballet Parade; a masterclass by Patron Valery Gergiev; and a Welsh National Opera Russian season.

Welsh actor / director Michael Sheen and Valery Gergiev, general director and artistic director of the Mariinsky Theatre St. Petersburg are Patrons, and the season features prestigious names such as the world-renowned Welsh National Opera and National Dance Company Wales – in venues from the landmark Wales Millennium Centre to the National Museum of Wales, and St. David’s Hall.

Why Wales? In addition to the passion of the Welsh arts community to produce and stage some of the best of Russian culture here next year, there is a strong historic resonance between the revolution and the radical traditions of the South Wales Valleys. Immediate links were forged with the emerging Soviet Union, letters sent from Lenin himself to Valleys miners, the foundations of the first UK Communist Party in the Valleys, and the legacy of ‘Little Moscows’ such as Maerdy, whose socialist sympathies produced several important Communist trade unionists.

R17 Patrons BAFTA award winning actor and director Michael Sheen and artistic director of the Mariinsky Theatre St Petersburg Valery Gergiev have thrown their support behind the season. Valery Gergiev said “The Centenary of the Russian Revolution is a time for reflection and the arts provide an ideal vehicle to explore this momentous historical event.”

R17 Producer Laura Drane said: “With the Russian Revolution creating exciting, challenging art, and links with Wales fostered through early cultural exchanges, our partner organisations throughout Wales have a collective desire to explore the art of the period, and to commission and present new work inspired by revolution. Our partner organisations are recognising the rich artistic period in Russia before and after 1917, which continues to influence many art forms and artists today.”

Russian Revolution – a massive and unique presentation by Welsh National Opera of three major Russian themed works in the same season: Tchaikovsky’s Eugene Onegin, Mussorgsky’s Khovanshchina, and Janáček’s From the House of the Dead.  Khovanshchina and From the House of the Dead will be directed by WNO Artistic Director David Pountney and conducted by WNO’s new Music Director Tomáš Hanus.

The programme will take place during WNO’s Autumn 2017 season, opening 23 September.  WNO Artistic Director, David Pountney said: “Russia 17 is an ambitious joint commemoration of the hundredth anniversary of the Russian Revolution across many different media based in and around Cardiff. The revolution was a cataclysmic event whose effects are still keenly felt across Europe, and as such it is appropriate that we look back on it with the balanced understanding that culture provides. In that spirit Welsh National Opera has planned a substantial operatic season of Russian works not dealing specifically with the revolution, but more opening out to a broader retrospective of Russia’s extraordinary cultural legacy.”

Marc Rees said: “The premier of Parade in Paris in 1917 was one of the most groundbreaking and revolutionary productions ever staged, therefore when National Dance Company Wales invited me to create an immersive experience for a radical reinterpretation of it as part of R17 how could I resist!

“The original creative team behind Parade (that included Picasso) were imprisoned for being cultural anarchists and it sparked a riot. I want to embody their pioneering spirit and subvert it further by giving it a surreal dystopian backdrop but with a contemporary Welsh twist. It’s certainly a challenge given the importance and reverence of the original ballet but one that I can’t wait to reimagine especially within the context of this landmark centenary.”

The Royal Welsh College of Music & Drama will host a UK exclusive visit by the Stradivarius Ensemble of the Mariinsky Orchestra of St Petersburg’s leading string players together with R17 Patron Valery Gergiev to perform a stunning Russian programme in the College’s intimate Dora Stoutzker Hall in October 2017.

The Sherman Theatre will produce a new adaptation of Chekhov’s enduring classic, The Cherry Orchard, by Gary Owen and directed by Rachel O’Riordan.

Michael Garvey, Director of BBC National Orchestra & Chorus of Wales says: “Music’s capacity to reflect and respond to the world around it is remarkable and in our opening concert of the season we present works that do just that. Shostakovich’s 12th ‘The Year of 1917’, premiered in 1961, was commissioned for the 22nd Communist Party Congress as a commemoration of Lenin and the 1917 revolution; in contrast Soviet composer Alexander Mosolov’s Iron Foundry, transforms the orchestra into an avant-garde industrial machine. Russia 17 is set to be a dynamic coming together of cultural organisations across Wales, who will combine their creativity to provide audiences with new perspectives and insights.”

“As head of one of the great icons of Russian culture, the Mariinsky Theatre in St Petersburg, I am touched that the major cultural institutions of Wales are joining together to celebrate the artistic riches of my country, which have inspired so many. The Centenary of the Russian Revolution is a time for reflection and the arts provide an ideal vehicle to explore this momentous historical event. I have many happy memories of conducting the Mariinsky Opera, Ballet and Orchestra in Wales and I look forward to visiting again during the R17 Season with the Mariinsky Stradivarius Ensemble.  I am honoured to accept the role of Patron of the Russia 17 Season in Wales.”

“I am delighted to become Patron of the Russia 17 Season in Wales alongside Valery Gergiev. The R17 Season will mark the Centenary of the Russian Revolution through the great cultural achievements of Russia before and after 1917 across all art forms. R17 will also bring to life the story of how events in Russia impacted on the people of Wales a century ago. With so many exciting events taking place throughout 2017, I am looking forward to attending and participating in the R17 Season in Wales.”