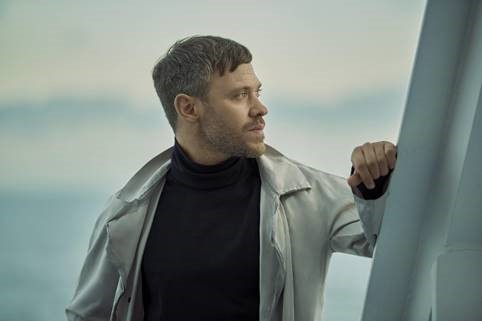 I must declare an interest.  Will Young is not just my ‘pop idol’, but is my idol in so many other respects.  His openness about his battles with PTSD and depression and his candid views on LGBT issues have been very helpful to many.  I think Will is close to being a national institution now, and if you haven’t heard his podcasts with Chris Sweeney, ‘Homosapiens,’ you should head over to his website, willyoung.co.uk.  It is no exaggeration to say that Will is completely in control of his career now, in contrast to his ‘Pop Idol/Syco’ days, and this current tour is a testament to that.  It was noticeable that he only performed two songs from his brilliant new album, Lexicon, ‘Ground Running’ and ‘My Love’.   He had been under the influence of a major record company, they would probably have required him to perform about 50% of the new album.  As a result, tracks from all six of Will’s previous albums were featured and there were also some amazing covers which have never featured on albums.  So it was a real nostalgia trip for the audience.

He started off with ‘Love Revolution’ from his last album ‘85%’, with it’s classic Motown feel.  This was the perfect way to start the show and gave the chance to his amazing duo of backing vocalists and to his excellent band (which includes two members of Kylie Minogue’s band) to shine from the outset.  Then followed three songs from 2012’s excellent ‘Echoes’ album, namely ‘I Just Want a Lover’, ‘Runaway’ and ‘Come On.’  Then we had one of his most famous recordings, the cover of ‘Light My Fire’.  Who can forget his performance of this on Pop Idol in late 2001 and the way he stood up to Simon Cowell, endearing him to the nations hearts and ensuring his continued progression in the show.  Will followed this with ‘Changes’ from the album ‘Let it Go’ (2008).

Will’s band was located on scaffolding on different levels and several times Will climbed up to the location of a musician and sang there.  Even more precariously, two step-ladders were brought in and a plank of wood balanced between them.   I must confess I was worried that Will might fall as he ascended the step-ladders and balanced himself in the middle of the plank of wood, but there was no need to worry as he pulled it off perfectly.  ‘Golden Slumbers’ (a cover of the Beatles song) was simply incredible.  This was followed by the popular ‘Friday’s Child’, and impressively Will leapt off the plank of wood to ground level half way through without drawing a breath!

With so many songs in his catalogue, we then had a medley of one of my favourites, ‘All Time Love’,  ‘Love is a Matter of Distance’ and ‘Love the One You’re With’.  And after ‘Ground Running’, we had the absolute high spot for me, a medley (more accurately, a mash-up) of ‘Losing Myself ‘and the classic Kate Bush song, ‘Running Up That Hill’.   These two tracks were linked perfectly, being arranged in the same key and with hints of ‘Running Up that Hill’ appearing in  ‘Losing Myself’.  Will has performed a slower version of ‘Running Up That Hill’ before, but this version is very different.

Will had been dressed in a black t-shirt, black trousers and boots up ‘til now, but he emerged dressed in white as a ship’s Captain with a model ship around his midriff (he ‘took the ship off’ a bit later on!) and proceeded to sing ‘Who am I’ and ‘Joy’.   After ‘My Love’ from the current album, Will brought things to a nostalgia crescendo with ‘Grace’, ‘Your Game’ and ‘Switch it On’.  Then followed probably my favourite Will Young song, ‘Jealousy’, the game-changer from 2011 that brought Will back into the public eye musically and help establish him as a songwriter.   Will ended with two early classics, ‘Leave Right Now’ and ‘Evergreen’, the winner’s song from Pop Idol which remains the best-selling song of the 21st century.  (And given the preponderance of streaming, it is unlikely ever to be beaten.)  This was a fantastic way to conclude the show.

There is no question that Will is a talented man.  In addition to his obvious talents as a singer, songwriter and dancer, he is also an established actor, author and broadcaster.   He also has a great personality and would make a perfect judge for a reality show because he is so endearing and seems so genuinely concerned about young people.  He has the ability to engage with his audience – not all performers can do that.  If you haven’t seen this concert yet, there is still time to catch him.  Don’t miss it!