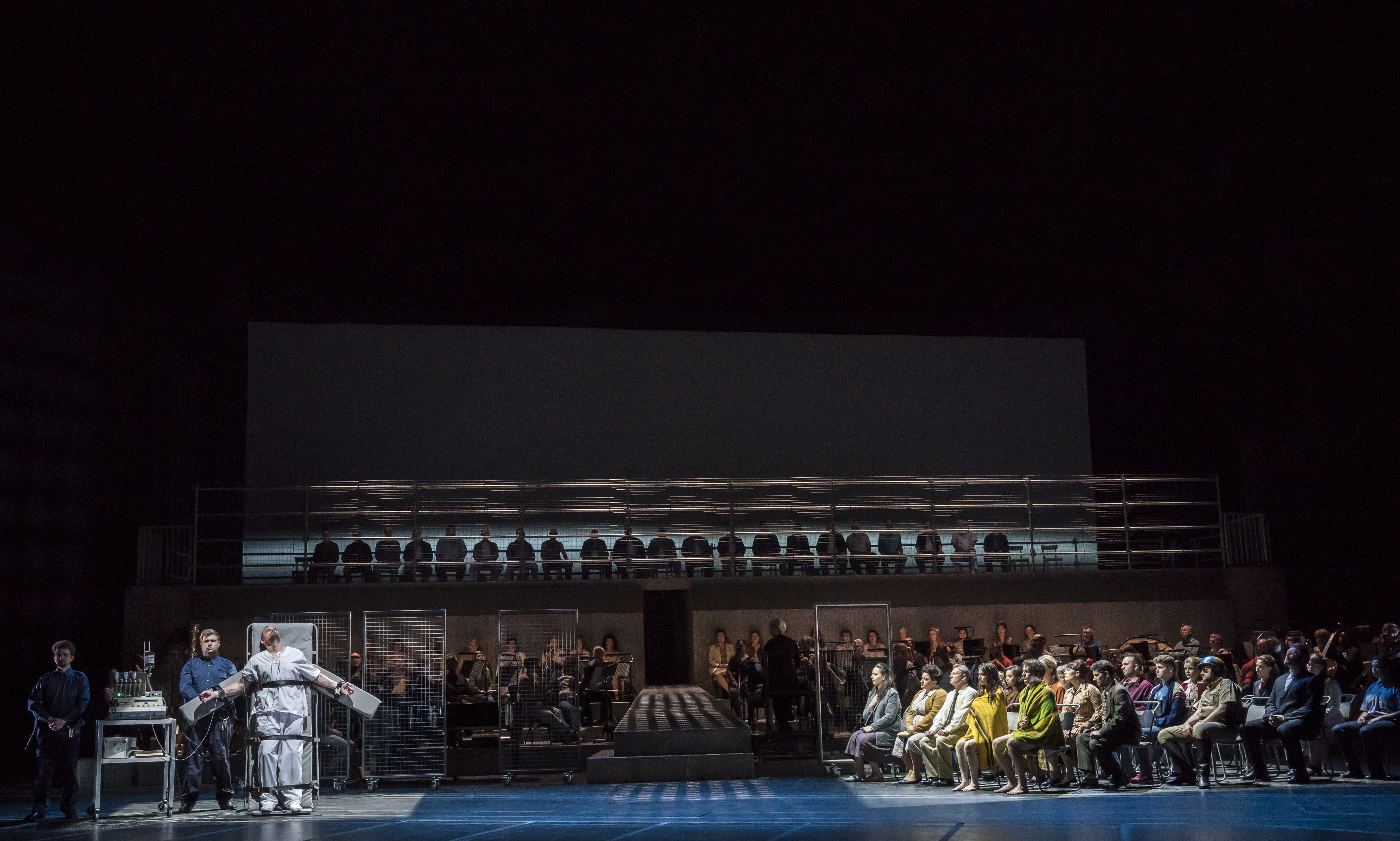 The Welsh National Opera got its summer season ‘FREEDOM’ off to an explosive start at Wales Millennium Centre with its production of Dead Man Walking. With music by Jake Heggie, the opera follows the work of nun: Sister Helen Prejean as she works with death row prisoner Joseph De Rocher who has been convicted of the rape and murder of a teenage couple.

Set in Louisiana in 1980’s, there are many themes raised in the opera, through emotional and sometimes intense scenes. Although the opera is centred around Sister Helen’s and Joseph’s perspectives on the events that are unfolding, there is reflection and an exploration of the victim’s family’s thoughts and feelings and their experience both during the appeal meeting and execution scenes. There are scenes involving the De Rocher family too, giving the opera a balance view.

With a blend of powerful and gentle music all vocal performances were equally stunning, outstanding performances were given by Lucia Cervoni, Morgan Smith, who played Sister Helen Prejean and Joseph De Rocher. Both gave performances full of passion and conviction.

As the opera explores issues of justice, injustice, spirituality and forgiveness through the context of violent crime, there are a few key scenes that provide balance in opera, there are scenes of Sister Helen being haunted by voices and having dreams that powerfully demonstrate her moral conflict with the role she is playing in trying to help Joseph. The representation of the prison staff was also positive.

It is hard to imagine a more perfect medium than opera for this story. The Welsh National Opera performance is a perfect reflection of a situation that is rarely shown from all sides and raises questions about the fairness on families on both sides of the crimes of processes like pardon meetings. The opera plays out in a balanced emotive manner without causing offence, which given the context of violent crime is often difficult to achieve.

The opening scene depicts the rape and murders committed by Joseph and his brother Antony, that lead to Joseph’s imprisonment.

This is delivered expertly by the Welsh National Opera; musical cues are used for the brothers entrance the scene is short in duration whilst being direct and clear in content. The performance of this scene was very impressive in the way it minimized any discomfort the audience might have otherwise experienced.

Welsh National Opera’s Freedom Season is a series of performances, talks and exhibitions across Cardiff from 7-30 June 2019.