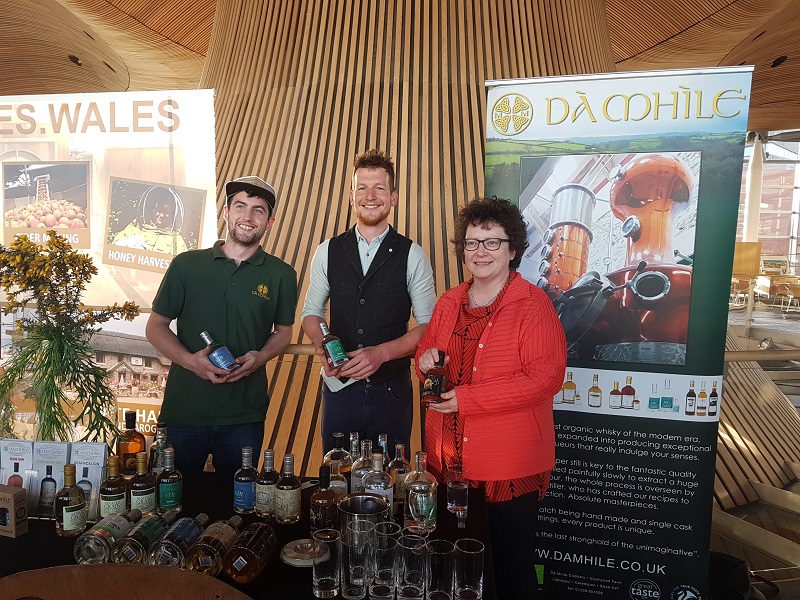 The Wine and Spirit Trade Association (WSTA) this week held a celebration of Welsh wine and spirits at the National Assembly for Wales, giving some of the finest local wine and spirit producers the chance to engage with AM’s and showcase their products.

The event was hosted in conjunction with Janet Finch-Saunders, Assembly Member for Aberconwy, as part of the WSTA’s drive to raise awareness of the great British drinks industry.

The Welsh wine and spirit industry is going from strength to strength. Latest data from HMRC shows that as of 2017 there are 17 distilleries in Wales, up from just one five years ago, with four new openings in 2017.

There are also at least 23 vineyards in Wales, producing both still and sparkling wines that continue to pick up awards for quality, showing Welsh producers can go toe to toe with some of the best winemakers across the globe.

The UK drinks industry is calling on all parts of government to be bolder than ever in its support for British wine and spirit makers.

Three distilleries took part in the showcase, alongside three vineyards, with products including still and sparkling wine, Welsh whisky and even a gin that changes colour when mixed with tonic.

Also in attendance were Community Alcohol Partnerships, who had a stand at the event and informed AMs of their plans for expansion in Cardiff and the valuable work they are doing to prevent underage drinking across Wales. The organisation currently operates 4 CAP schemes across the country.

Wine and spirit sales in Wales were worth nearly £1.3 billion in 2017, with around £650million spent on wine and around £630 million on spirits.

Alongside supporting around 33,000 jobs, the Welsh wine and spirits industry provides around a £400 million windfall for the Treasury each year. 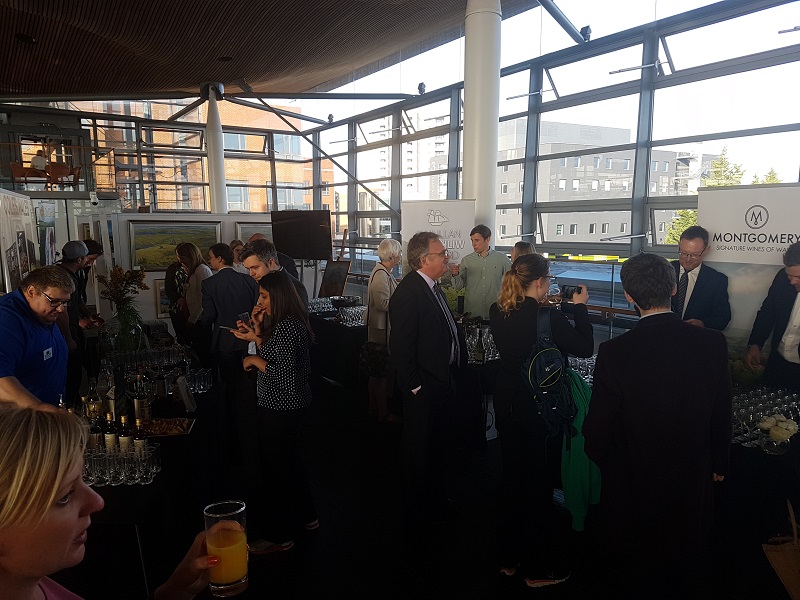 “Welsh wine and spirit businesses continue to boom, with both the size of the industry and the quality of produce increasing each year. Our event at the Senedd earlier this week was well attended, and it was clear that Assembly Members have great enthusiasm for supporting welsh wine and spirits producers.

“Four distilleries opened in Wales last year, and a reported six vineyards as well, bringing a boost to the local economy as well as new jobs to the area.

“There is a significant amount of investment going into wine and spirits in Wales, and the industry was worth over £1 billion pounds to the Welsh economy last year, but 48% of this goes straight to the Treasury. That’s why the support of Welsh AMs is so crucial as producers look to invest in their business, and seek to take advantage of new export opportunities as we ready for Brexit.”

Janet Finch-Saunders, Assembly Member for Aberconwy and Sponsor of the event, added:

“It was a great evening at the Senedd and I was proud to host wine and spirit producers from across Wales. Their contribution to the economy shouldn’t go unnoticed, and their importance cannot be understated, particularly given that around 33,000 jobs across Wales rely on them.

“The products they showcased were great and there was lots of innovation on display. I look forward to seeing the Welsh wine and spirits industry continue to grow in the coming years – such as Gwinllan Conwy Vineyard in my own constituency of Aberconwy – and it has my full support.”

“We were pleased to be asked along with our friends throughout the Welsh wine industry to showcase our products and discuss with Assembly Members how they can support our industry to grow. I have owned a vineyard since 2009, and in the last ten years have been joined by other skilled vineyard owners across Wales as the quality and quantity of Welsh wine has grown. With the support of government we can look forward to a bright future.”